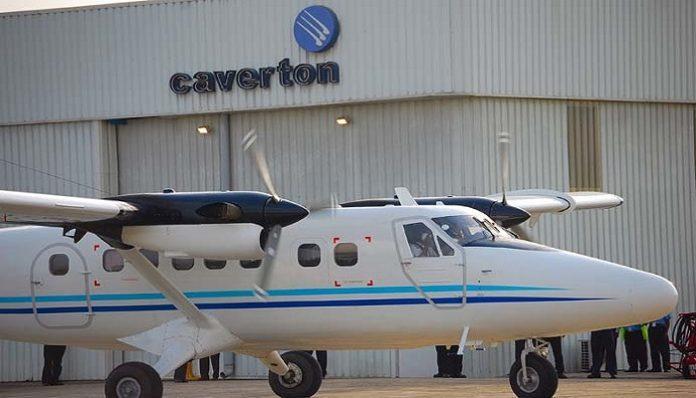 Caverton Offshore Support Group Plc, a leading aviation and marine services company, presented its facts behind the figures on Monday November 18, 2019 at the Nigerian Stock Exchange. The exercise was done to intimate the market of the company’s ongoing activities and future business projects.

The Chief Financial Officer, Caverton Offshore, Titi Adigun while speaking during the company’s facts behind the figures at the event on Monday, said the company recorded a total increase of N2.6billion in its revenue for the nine month period ended September 30, 2019.

She said the company’s revenue for the period stood at N25.8billion, compared to the N23.3billion which was recorded in the same period of 2018. According to her, revenue growth was boosted by the increase of Helicopter/Airplane contracts and agency service income.

The company also grew its profit before tax for the period to N3.9billion from N2.6billion in 2018 despite a seven per cent increase in direct operating costs.

She noted that the administration expenses also increased by N850million on the back of increased employee benefits of N735.5million and increase in salaries of ground staff.

The Chief Executive Officer, Caverton Offshore, Bode Makanjuola, said, “We are determined to end 2019 on a strong note by continuing to provide the quality of service our clients have become accustomed to.

“Our clients are our topmost priority and our performance reflects this commitment, which hopefully translates into positive financial returns for our shareholders.”

Read also: Ten stocks to watch this week on NSE

Makanjuola stated that the company was committed to improving cost efficiencies with scope for enhanced performance.

He added that the company was able to improve on its cost to income ratio and operating expenses despite the inflationary environment and maintained a stable capital adequacy ratio, which balanced the support for growth initiatives.

According to him, with a positive outlook for the global Gross Domestic Product, trade and oil demand, Caverton Offshore Support Group is well positioned to extend its service value as a leading provider of marine and aviation logistics to major crude oil exporters.

He noted that with the significant volumes, and in collaboration with capable technical partners in the crude oil transport business, he believed that the company was well positioned to thrive and grow in the sector.

FX turnover declines by 88.43% as Naira weakens on tight liquidity