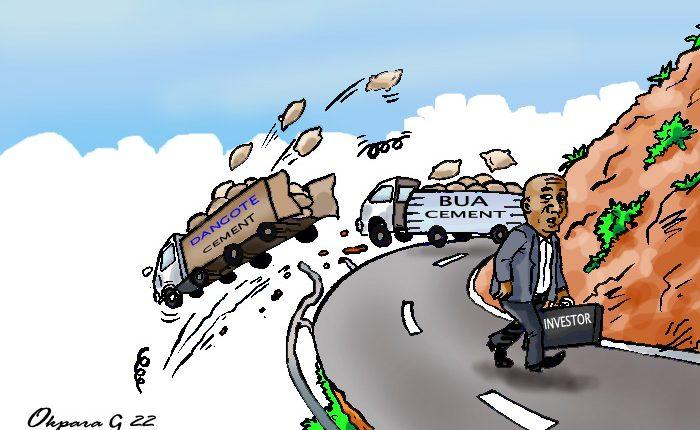 Nigeria’s largest cement makers, Dangote Cement, Lafarge (WAPCO), and BUA Cement recorded combined revenue growth of 23.3 percent in the first half (H1) of 2022, but investors have reacted cautiously to these stocks. The three stocks recorded a combined revenue of N1.18 trillion in H1 2022 up from N959.8 billion in the same period last year.

According to Sesan Adeyeye, an analyst with CSL Stockbrokers, there are other factors that investors consider apart from the fundamentals (the financial statement) when deciding to invest in a stocks.

“Share performance of a company goes beyond fundamentals,” he said. “The share price can be influenced by past information, publicly available information, and information not disclosed to the public.” 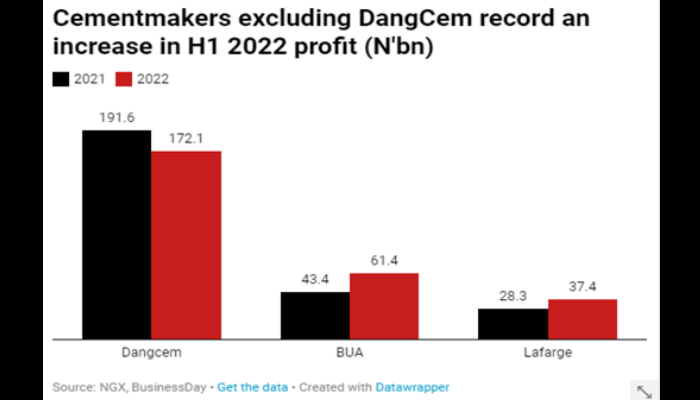 Sesan was of the view that the drop in share price is partly because investors are aware that the stock is overvalued, coupled with the illiquidity of the stock, and compounded by the fact that the company’s free float is low.

The share price of Dangote Cement was up 3.11 percent year-to-date to N265 at the close market last week Thursday.

According to Sesan, Dangote Cement’s current share price is a result of the strong start that the company had when it conducted its second share buy-back at the beginning of the year.

Its share price was up by 3.75 percent year-to-date to N25.5 at the close of market last week Thursday.

Nevertheless, the fundamentals of the cement makers show their resilience in the half-year financial results despite the increase in energy costs, inflationary pressure, and weakening naira against dollars.

According to Coronation Research, a combination of growing
demand for cement, aggressive capacity expansion, and price increases broadly in line with inflation are set to be the primary drivers of BUA Cement’s revenue growth going forward.

Its management says the slump in volume by 9 percent to 4.51 metric tonnes was due to persisting disruptions in energy supply which impacted volumes.

According to Cardinalstone, the revenue growth was on the back of 28.2 percent and 45.3 percent increases in the proceeds from cement and aggregates & concrete sales, respectively. In particular, these proceeds were bloated by higher product prices (cement prices increased by 17 percent year on year).