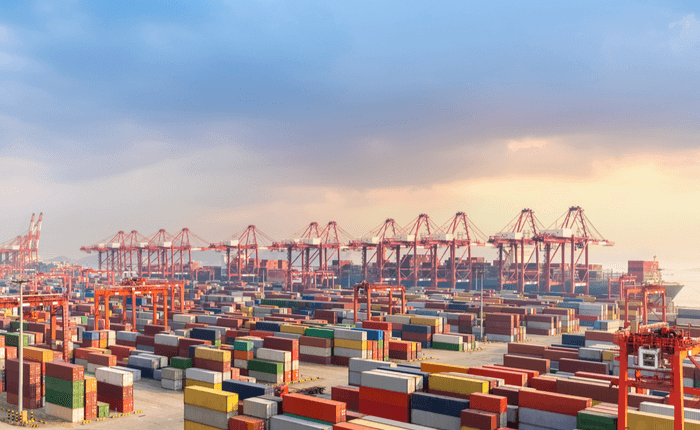 Share
The Shipping Association of Nigeria (SAN) has added its voice to calls made by other maritime industry stakeholders on the need for the Federal Government to keep essential services, including the seaports and cargo operations going during the prevailing Coronavirus otherwise known as COVID-19 pandemic crisis.

Val Usifoh, chairman of SAN, said in a statement issued in Lagos at the weekend that the association was concerned about the implications of shutting down the ports and/or not allowing ships to berth and operate.

“If cargo inflow is halted in any way, this will have immediate repercussions on the country’s provision of basic items and necessary input for the few industries still surviving, including small and medium scale enterprises and the social consequences in Nigeria would be huge,” he stated.

According to him, not only will millions of people working in the informal sector most likely lose their source of income, but also there is likelihood of massive lay-off of staff employed in the formal sector and shortage of basic necessities.

He also said that keeping the ports open during the pandemic will ensure continued revenue stream for the government through the Nigeria Customs Service (NCS) ‘especially now when cash is needed’.

In other West African territories, he stated, ship agencies are considered essential services and have been given ‘key service’ approval to remain open.

“Shipping carries 90 percent of world freight movements, therefore interrupting that flow has dire consequences for a nation like Nigeria which is reliant on import of essential items including drugs, chemicals and raw materials,” Usifoh, who is also the former chairman of the Port Consultative Council (PCC), and former chairman of the Port Industry Anti-Corruption Standing Committee (PIACSC), said.

He, however, commended the Federal and State governments for ‘doing their best’ to curb the spread of COVID-19 in the country.

“The latest order by President Muhammadu Buhari that cargo ships that have been at sea for more than 14 days be allowed to berth are helpful because it will allow vessels waiting over the past month on Lagos waters to berth and discharge. The bottleneck is that with the low level of deliveries out of Lagos ports as a result of well-known challenges, not much impact will be made on the berthing delay and cargo throughput,” he said.

Usifoh assured that major shipping lines and their agencies in the country are open to providing essential services including seamless online transactions to shippers.

“All shipping companies are complying with the directives of relevant authorities including the World Health Organisation (WHO) and the Nigeria Centre for Disease Control (NCDC) with regards to measures aimed at containing the COVID-19 pandemic, while rendering essential services to their customers,” he added.

Recall that last Wednesday, the United Nations Conference on Trade and Development (UNCTAD) called on governments across the world to keep maritime trade moving by allowing commercial ships continued access to ports worldwide and by facilitating the rapid changeover of ships’ crews.

Mukhisa Kituyi, UNCTAD Secretary-General, explained that as the world battles the coronavirus pandemic, the global maritime transport industry is playing a critical role in the response.

Kituyi said commercial shipping remains critical to moving the world’s food, energy and raw materials, as well as manufactured goods and components including vital medical supplies, “which are sorely needed at this time and items that are necessary for the preservation of many jobs in manufacturing – without which modern society cannot function”.

Maritime firms must adopt SDGs as most profitable business…