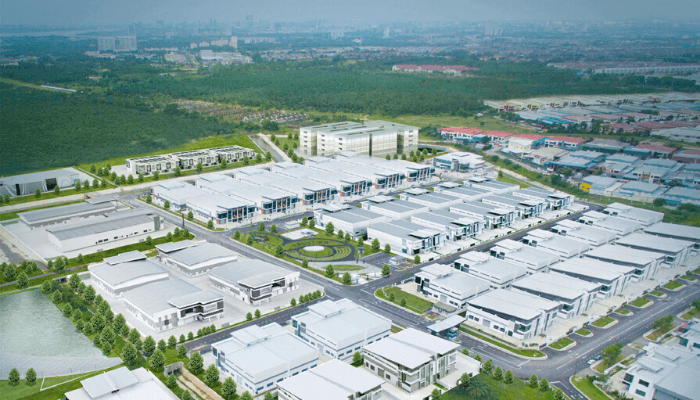 Godwin Ekpe, head of Calabar Free Trade Zone (CFTZ), has said that the zone remained a catalyst for trade, investment and economic growth. In the face of global pandemic ravaging the entire global economy, the Zone under Ekpe has been able to accomplish daunting tasks within this period. So far, it has licensed seventy two companies out of which thirty four are operational, carrying out different activities with an employment generation of about 8,000 skilled and unskilled workers.

Also within this period, according to Ekpe, the (CFTZ) foreign direct investment (FDI) stood at about $7 billion at the end of 2019. The zone serves as a catalyst for trade, investment and wider economic growth. It facilitates the economic transformation of the host state through backward linkages; overcomes trade barriers that hinder investment in the wider economy.

Ekpe said that the Zone has attracted over 11,000 direct and indirect employments from inception and is still attracting. There has also been massive technology transfer from foreign direct investment (FDI) and other companies located in the Zone such as Skyrun International, MSaleh engineering, Combination Industries, Iron and Still Group, among others.

As part of efforts to complement the Cross River State government, the zone has been at the fore front of supporting the fight against Covid-19 through providing material support and donating of face masks to host communities and other logistics supports to the state through its companies; indigenes of the state and others are being employed by these companies.

The companies have continued to provide revenue generation to the state in terms of PAYE, rents and backward linkages; granting of scholarship to host communities by the companies located in the Zone, building of schools, clinics and police station by Enterprises in the Zone, donation of security vehicles to the gtate government by Oil and Gas Group to boost security surveillance, among other forms of support.

“There are lots of products in the zone that have been underutilised by the general public within Calabar metropolis,” he said when he paid a courtesy call on the Assistant Inspector General of  Police (AIG), Zone Six Calabar, Zaki Ahmed

He informed the AIG that there have been no serious security threats in the zone, asking however, that more policemen be posted to the zone.

Also, the Cross River State Commissioner of Police, Uche Anozia paid a courtesy call on the head of CFTZ. Ekpe used the opportunity to inform the Police boss of incentives available to investors within the zone

Recently, Ekpe donated gift items on behalf of management of the Zone to the disabled persons from the Joint National Association of the Union Akpabuyo branch, during a courtesy visit to his office.

Ekpe, who was impressed with their conduct and request, said: “We will ensure that your request is forwarded to the Nigerian Export Processing Zone Authority (NEPZA) headquarters for further directives.’’

The Secretary of the Join National Association of Disable Persons, Akpabuyo branch, Iquo Mkpang had requested for an empowerment prgramme of skills acquisition and employment of their members and a bus during the visit to the acting head of the Zone.

On patronage of goods produced in the Zone, he lauded President Mohammadu Buhari administration in taking the bold step by urging Nigerians to patronise made-in-Nigeria goods.

“In line with the Federal Government directive on made-in-Nigeria goods, we wish to inform Nigerians that there is a company in the Zone that produces camouflage, Uniforms, for security operatives,” he said.

“We make bold to state that the Free Trade Zone scheme has recorded tremendous achievement outside our cooperate social responsibilities to our host communities,” he said.

He warned that (CFTZ) is not a Zone for illicit trade, as according to him, “This is because the customs and other security agencies like the Department of State Services (DSS) and the National Drug Law Enforcement Agency (NDLEA) have strong control over movement of goods in the Zone, as they carry out joint inspection of consignments.”

Ekpe appealed to the relevant Federal Government Agencies to address quickly the burning issue of shallow draft of the Calabar Port that has been there for many years now. He said Free Zones all over the World are cited where the distance to transport hub like sea port is not far. The (CFTZ) location was in consideration of the location of the sea port. But unfortunately, he said the port is under-utilised due to shallow waterway which has not allowed bigger vessels to berth.

The Cabar Free Trade Zone (CFTZ) initially known as Calabar Export Processing Zone (CEPZ) came into existence in 1992 after the promulgation of the (NEPZA) Act No 63 of 1992. The Zone has a landmass of 152 hecters, during this period; activities in the Zone were mainly export oriented where 75% of goods produced in the Zone were destined for export. However, with global trend and best practices, the Scheme was modified and rebranded as Calabar Free Trade Zone on November 21st 2001 during official commissioning by former President Olusegun Obasanjo administration.

The modification according to the head of the Zone, broadened the scope of activities and introduced additional line of investment opportunities such as trading, warehousing, Assembling, Service providers among others

On the synergy among security operatives, it will interest you to note that the Zone police division has functional Police Community Relation Committee meetings and there is a security\safety Committee meeting where security agencies meet regularly to share their experience and offer useful advice for the safety of the Zone.

He said, on the average, the Zone has recorded low crime rate over time. This according to him attests to the fact that other security operatives have been giving their best.  “On our part, we promise to improve on the welfare of the security agencies, knowing the pivotal role they are playing, despite the financial challenge the Zone is facing”

In his words, “If you ask me, and without being modest, I will say that this is the best industrial site that have been conceived by any state government during my time as the MD of NEPZA. If I have my way, I would have granted this licence that is demanded, unfortunately, it is not entirely in my capacity to do this.”

The MD also commending Governor Ben Ayade administration and leadership role especially in industrialising the state, said: “The desire and passion that the governor has shown with regards to the industrialisation of this place will flourish and have the kind of expression that we think it can have.”

The Ayade Industrial Park merited an Export Processing Status (EPZ) status, the MD maintained that “I have here like I say I have seen tremendous deployment in terms of science and technology that is available to us, the solar power that is being instituted here is new and clean and I believe that is innovative as far as Africa is concerned.”