4 reasons why every tourist should visit The Gambia 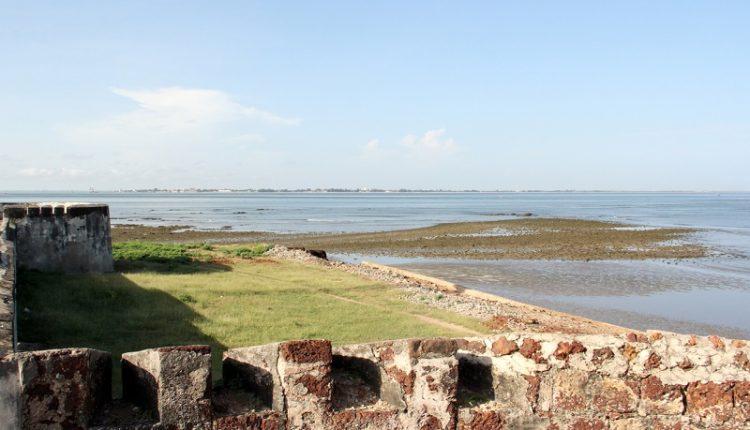 The Gambia may have recently endured a rough patch in their democratic experience, but the coast is now clear for travelers who want to experience this city of sunshine, birdlife and clear beaches. As a confirmation, leading travel advisors are urging tourists all over the world to come explore this smiling coast of West Africa.

Sandwiched on both sides by Senegal with a just enough coastline of its own, The Gambia is an open society whose arms are flung open to receive every visitor – irrespective of faith, race or social leaning. Though small, with a population of roughly 2 million people, The Gambia offers a prime spot for world-class birdwatching and exciting escapes made possible by its unspoilt sandy beaches, sprawling wildlife sanctuary and a rich sense of history.

But what exactly stands this destination out among the spectacular spots that abound within the African space? What makes The Gambia tick as a destination? Our team of travel experts has carefully handpicked the different ways to make the most of your trip to this underrated destination. Ever seen the mind-blowing adaptation of Alex Haley’s film, Roots: The Saga of An American Family? This island is named after the lead character in this slavery-inspired movie and retains the relics of one of the darkest hours in the black history.  Like the Island of Gorée in Senegal, the Kunta Kinteh Island offers a refreshing glimpse into the agonizing slave trade that swept through Africa as far back as the 15th century.

It is situated on the old fort of the former James Island and represents the last piece of African soil seen by most black slaves before being ferried into transatlantic ships by colonial overlords. For a richer experience, it’s advisable to visit the adjoining villages like Abreda and Juffure, and opt for a Roots Cruise by boat and experience the tradition of precolonial Africa. Or go for the mother of all adventure with a six-night River Gambia Cruise by DestinationsAfrica and have fun till you drop. The Gambia is the smallest country in West Africa, but yet boasts of some of Africa’s most quintessential safaris. Often underrated by safari buffs, The Gambia constitutes about seven parks and a community wildlife – the Bolong Fenonyo, 66 forest parks and collectively, they account for an estimated 3.8% of the country’s total land mass. In 2013, The Gambia was rated as one of the top 10 safari parks in Africa.

Travel forecasts for 2017 have shown that this year would witness the renewed quest for “Bleisure Travel” – which loosely denotes business trips peppered with good doses of fun. The Gambia is a destination where a business trip can be as fun as a vacation, due to the sheer diversity of laid-back spots that offer a refreshing time away from the grindstone.

These hangouts are most ideal for discerning travelers who desire to chillax and be entertained the African way. You could stroll into the Ngala Lodge in the cool of the evening and savour the symphony of The Police Jazz Band while you sip a drink or two. Or simply go all the way traditional by watching an energetic drumming band with a rhythm that gets you tapping your feet.

A stay at the Coral Beach Hotel is most recommended as it offers you that exiting mix of optional tours that would make your trip all the more unforgettable. Banjul may not command the imposing magnificence of Lagos or the vibrant culture of Johannesburg, but it sure houses some of the most intriguing attractions unexpected of a city of that size. A trip to The Gambia is incomplete without exploring Arch 22, which is regarded as the most striking feature of this city. It was created by a Senegalese architect Pierre Goudiaby and formally unveiled in 1996 to mark the second anniversary of Yahaya Jammeh’s coup d’état. At the Liberation Avenue, the choked aisles of the colorful Albert Market are an interesting sight to behold. From gift items to wears and house-old needs, you will be spoilt for choice as you swing around this bubbling market.

And just about 20km away from Banjul is Serrekunda, the nation’s largest and busiest city and commercial nerve centre. This city, which was founded in the 19th Century by Sayerr Jobe, a Wolof royal from Koki, Senegal, has transformed itself from a modest town to modern destination where people flock for adventure and sales bargains. The ever-bustling Serrekunda Market is a shopaholic’s haven that offers an endless stream of products. As a tourist, you could browse the alleys and labyrinth of stalls for a jumbo of highly affordable imports and shop more for less.

From Serrekunda to Banjul, Sukuta, Bricama and the many unforgettable thrills offered by this small nation, The Gambia is certainly your value-for-money destination where you can rediscover the forgotten treasures of Africa.