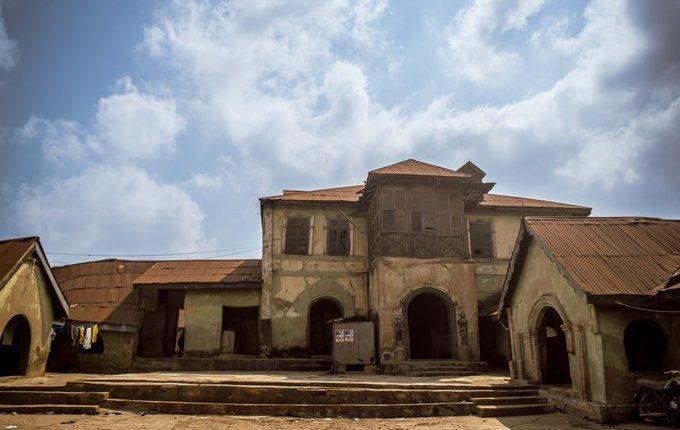 Oyo State government says the historical Irefin Palace in Ibadan has been positioned to rival the Buckingham Palace in the United Kingdom.

This is just as the State has entered into an agreement with private investors to promote notable tourist sites in the State.

The State Commissioner for Information, Culture, and Tourism, Wasiu Olatubosun stated this while playing host to the Irefin Royal Family of Ibadan at his office on Tuesday.

The family held a historical significance of being the descendants of Oba Onirefin who built the biggest palace of 125 rooms in the history of Yorubaland, during his reign between 1912 to 1914.

Late Oba Onirefin was noted for his philanthropic efforts, especially in the promotion of education as he was said to be the highest donor to the establishment of the popular Ibadan Grammar School where he donated 100 pounds and the land upon which the school was built.

Olatubosun said the present administration in Oyo State, led by Governor Seyi Makinde has turned away from the old style of neglecting tourism as a means of generating internal revenue and has adopted the public-private-partnership model to develop and promote major tourist sites in the State.

“We want to work with the Irefin Royal Family to bring more attention to the tourism potential of the palace and the significance of it to humanity, the palace is not just a structure, it symbolizes love, it symbolizes philanthropy.

“The late Oba Onirefin was a giver and lover of educational development, that is why the State government will support the family to promote the palace to be as famous as the Buckingham Palace in the United Kingdom, look at the number of people that troop to the U.K to see the palace among other sites, it will generate goodwill for the government and promote the tourism industry in the State.”

The leader of the family who doubled as the Coordinator of the Irefin Historical Palace Foundation, Prince Omokayode Ayinla Irefin said the family was happy with the stride of the Oyo State government towards promoting tourism sector in the State.

Omokayode said the Irefin Palace Heritage Tourism Development Foundation has entered into an agreement with a foreign partner to train youths that are interested in tourism and send them abroad for the practical aspect of the job.

He called on other notable families in the State with historical potentials to emulate the Irefin Tourism foundation so as to diversify the State’s economy and gain more from foreign input into tourism.

Swarovski records growth as it marks one-year anniversary in Nigeria

MTV Base celebrates female musicians with Queens Of Base