A night at Botswana Craft 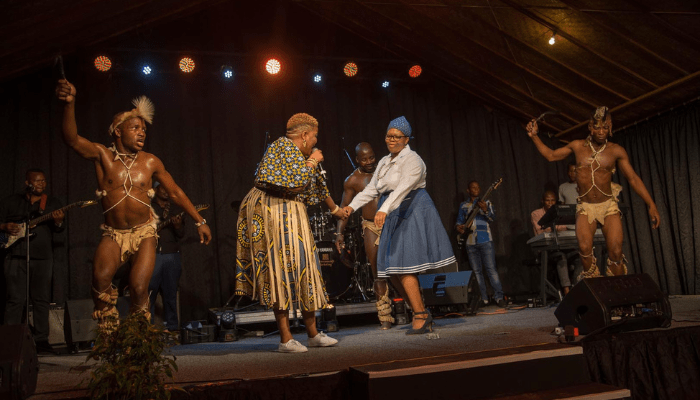 While you are driving along the Magochanyama Road, off the very busy Western Bypass, you will hardly notice the Botswana Craft.

It is tucked in the serenity and exclusivity of Gaborone’s capital city, a city revered for its peaceful, livability and smartness rankings.

As well, the place is not called Botswana Craft for nothing. From the entrance, culture is on your face, with African-themed decorations, traditional motifs, and a large expanse of open venue, which combine contemporary facilities to indulge guests to memorable outings at the culture outfit.

Of course, the sustained warmth and genuine smiles of the faces of the attendants, who are dressed in African attires, indulges you further, while speaking volumes of the excitement that awaits you on a night outing.

Established in 1970 to promote and assist artists within Botswana, the craft centre, a melting pot of culture, has grown beyond the vision of Botswana Development Corporation, the founders, to develop the rural-based handicraft industry of the country.

Today, especially after being privately owned in 1993, Botswana Craft has become a culture and entertainment melting pot and a must-visit for locals and visitors to Gaborone. It offers a courtyard restaurant, conference room, live performance spaces, among other leisure and arts-enabling facilities.

As expected and as number 1 live performance venue in Botswana, the craft centre has hosted world-class cultural and entertainment events, amid offering platforms to music greats such as: Hugh Masekela, Ringo Madlingozi, Shanti Lo, Lira, Jimmy Dludlu, Yvonne Chaka Chaka, Women of Jazz, Oliver Mtukudzi, Banjo Mosele, Louis Mhlanga, Ndingo Johwa, Malombo, Socca Moruakgomo, and many others to express their passion and excite their fans by doing so.

With all these going for it, Botswana Craft was the right venue for the cultural night of the African Tourism Leadership Awards 2022.

On October 25, 2022, the craft centre lived up to its billing when it hosted high profile personalities who were part of the over 500 delegates from 40 countries at this year’s ATLF to a memorable Botswana Cultural Night. 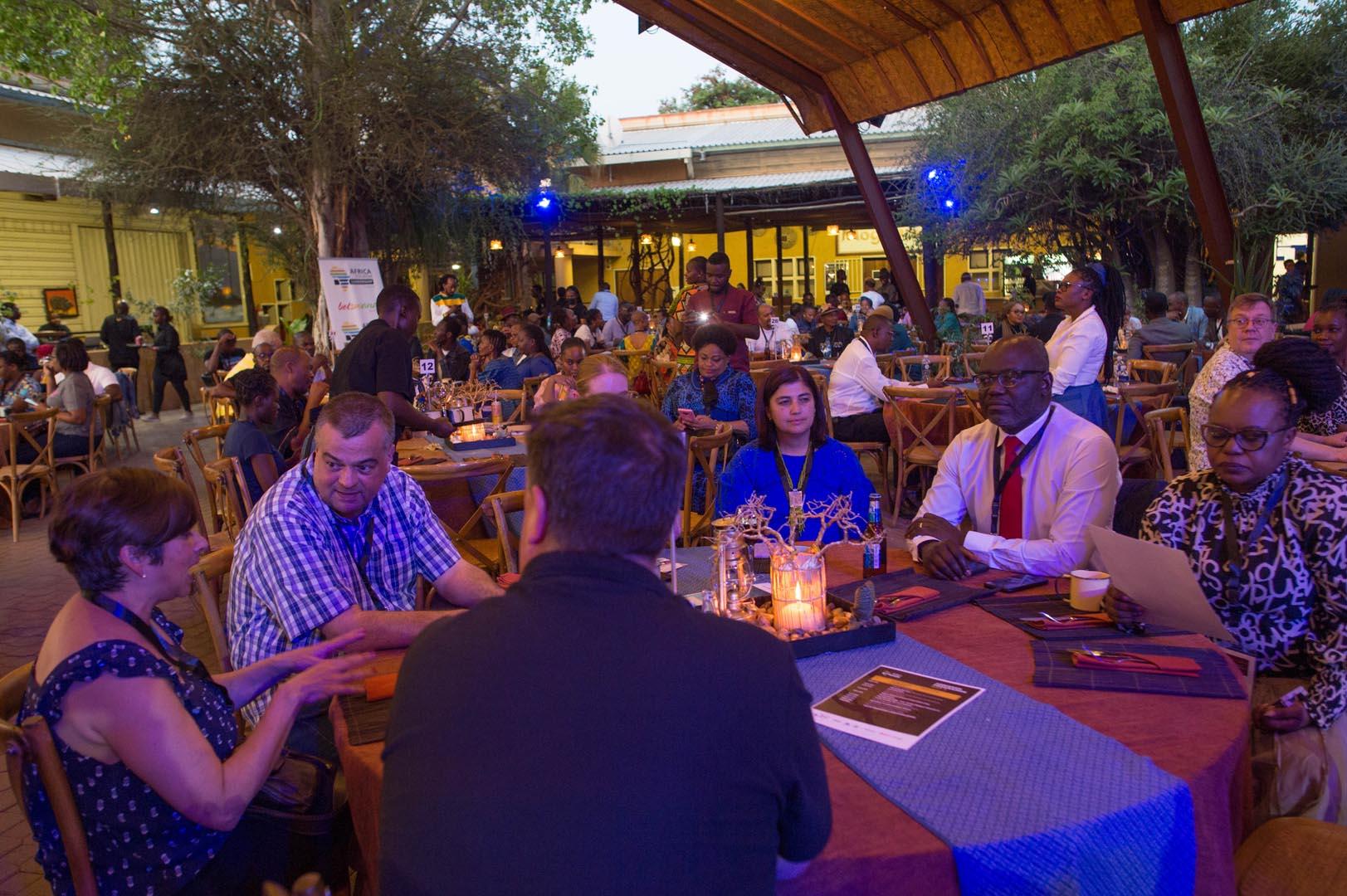 From the local food offerings, wines and beer menu brewed in Botswana, nuts and dessert sourced locally, the outing was truly cultural.

Many of the delegates complied with the pleading of the organisers to wear local attires that night and the result was wonderful as even the dresses spoke volumes of culture.

In the tradition of the craft centre, it is a must to use quality music to complement the other offerings and there were enough live performances by some very good artistes from Botswana, whose tunes are golden and hardly heard outside their country.

From one live performance to another, the night kept rolling with the guests wishing that the day would never break.

But the uniqueness of the live performances is the seamless miming of the songs and dancing as well alongside the artistes by the locals.

That was a huge pass mark and endorsement of the artistes by their fans at the craft centre, and show of their popularity.

However, one of the Compères of the night event decided to go round Africa by singing some of the popular songs of top African music artistes, and as expected the audience responded well when a Nigerian song filtered into the air.

The Compère also went ahead to mimic some Africa leaders, leaving the guests to decide who the caricatured personality was.

It was all round fun, from sustained food, drinks, whose source never ran dry, live performance by several music artistes offering different genres, in many languages, different dancing steps, but for one goal; excitement.

At the end, Austin Abraham, City Mayor, Gaborone, Botswana, was grateful to host Africa and the world, while commending African Tourism Partners, the organisers of ATLF 2022 for finding Botswana as a worthy host-country.

But the city mayor cannot be happier than Philda Nani Kereng, Minister of Environment & Tourism, Botswana, who cannot thank the organisers, the delegates and facilities owners enough for joining hands to make the ATLF 2022 a huge success.

Well, her biggest appreciation goes to Mokgweetsi E. K. Masisi, president of the Republic of Botswana, who is giving tourism the needed priority in terms of policy, political will, enabling environment and collaborations to thrive, with the ATLF 2022 a good example.

Of course, Kwakye Donkor, chief executive, Africa Tourism Partners, South Africa, is also happy that Botswana is encouraging intra-Africa exchanges and travels with the ATLF 2022 hosting, and especially tasking other governments on collaborations that will remove bottlenecks and grow the continent for the good of all.

For the many delegates, the three-day forum was short as they needed a return visit to explore Botswana to see her hospitable people, the Kalahari, the Okavango, Chobe, Moremi Game Reserve, among others.