The race for a Covid-19 cure, vaccine has begun and here are the front runners 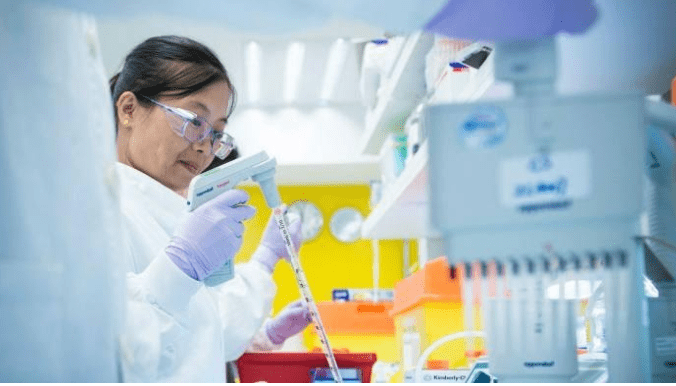 The scramble to fill the vaccine and treatment void in the fight against the deadly Coronavirus has seen scientist from most of the leading countries joining forces to investigate Covid-19.

There is hefty benefits for the winners of this race in which national interests will loom large, especially when it comes to vaccine production.

Analysts say the first nation to get a vaccine will have an economic as well as a health advantage over others. And countries are already jostling for position.

In the US, President Donald Trump’s operation warp speed aims to accelerate vaccine production so there is enough for most Americans by the year end.

In the UK where there has been a global tie up between AstraZeneca and the University of Oxford, scientists and biomedical engineers hope to make 100 million doses of a vaccine ready before year end, with Britons getting priority.

The Serum Institute of India, the world’s largest vaccine maker, plans to mass produce the same drug, with most at least initially destined for the home market in India.

For nations and the pharmaceutical giants, there is great risk in being left behind. The 2009 swine flu pandemic is an unhappy precedent.

Developing countries could not get access to vaccines after wealthier nations stockpiled as self-interest dictated a more inclusive approach. Danger is if poor countries cannot get or afford vaccines, new waves of infection will break out.

Both governments and the private sector are investing heavily. Two weeks ago, the US offered a staggering $500 million grant to support the blistering race to find a vaccine and cure quickly.

Pfizer said this week it will spend $500 million on Covid-19 research, mostly on its vaccine collaboration with Germany’s BioNtech and its shares are up 28%. The shares of Moderna, the Massachusetts based firm have more doubled since it was linked with a potential vaccine.

But scientists say in the most part making a vaccine is not a money-spinner. It is risky: just 6 per cent of vaccines got to market between 1998 and 2009. Here is what you should know about the unfolding race.

Called remdesivir, it’s an experimental antiviral drug made by Gilead Sciences Inc. originally as a treatment for Ebola. In an international trial of more than 1,000 patients conducted by the U.S. National Institute of Allergy and Infectious Diseases, those who received remdesivir recovered in an average of 11 days, while those who got a placebo recovered in 15 days. The same day, data were published confirming downbeat results from a Chinese trial of the drug, but that study had been halted early after researchers struggled to enroll patients. Regulators at the U.S. Food and Drug Administration said they were in talks with Gilead to make the medicine available quickly. The availability of a treatment could speed the reopening of economies.

2. Is there anything else?

The FDA in March controversially issued an Emergency Use Authorization providing for two malaria drugs, chloroquine and hydroxychloroquine, to be distributed and prescribed by doctors to Covid-19 patients. The move came after President Donald Trump repeatedly touted the drugs. Such authorizations are permitted during a crisis when a product’s “known and potential benefits” outweigh its “known and potential risks.” The Russian government in mid-April ordered the free distribution of hydroxychloroquine, which hadn’t been registered for use in the country previously, for treatment of coronavirus.

3. What other treatments are being tested against Covid-19?

More than 100 different programs have been launched to develop and test treatments. These include everything from antiviral drugs and antibody-containing plasma from recovered patients, to traditional Chinese herbal medicine. In a study in China published March 18, AbbVie Inc.’s Kaletra, an HIV treatment combining two drugs, failed to improve the condition of coronavirus patients. Another small, preliminary trial of the flu medication favipiravir, or Avigan, made by Fujifilm Holdings Corp. produced more promising results.

More than 70 experimental vaccines against the coronavirus are in some stage of development, according to the World Health Organization. Moving at record speed, researchers began preliminary human testing of the first one in mid-March in the Seattle area. It was developed by the U.S. National Institute of Allergy and Infectious Diseases in collaboration with the biotechnology company Moderna Inc. Since then, a handful of additional human trials have begun of vaccine candidates, including from CanSino Biologics Inc. and the Beijing Institute of Biotechnology and from Inovio Pharmaceuticals Inc. Some of the world’s biggest companies are working onvaccine projects. GlaxoSmithKline has teamed up with China-based Clover Biopharmaceuticals, while Sanofi and Johnson & Johnson are in separate collaborations with the U.S. government’s Biomedical Advanced Research and Development Authority. Widespread testing of experimental vaccines is important to reduce the possibility that they cause harm after being rolled out, as has been the case a number of times in the past. Documented reports of unexpected side effects from new vaccines are different from the persistent and incorrect belief that vaccines against childhood diseases carry significant risks.

Anthony Fauci, director of the U.S. National Institute of Allergy and Infectious Diseases, said that it would take about a year and a half to complete trials of experimental coronavirus vaccines, scale up production and make a licensed product widely available. A team at the University of Oxford has set an ambitious aim of producing efficacy results for its vaccine candidate in September and aims to shorten the path to delivering the initial doses of a proven product by beginning manufacturing now. There’s no guarantee trials will yield a successful vaccine, however. The experimental products moving most rapidly are made using new technologies that have never proven useful in humans. SARS killed nearly 800 people in a 2002-2003 outbreak, and there still isn’t an approved vaccine. In a project that could deliver a vaccine sooner, researchers in four countries will test a shot that’s already licensed to prevent tuberculosis to see if it will protect health workers against the coronavirus.

6. How do scientists prove a treatment is effective?

Even if a treatment shows promise in laboratory, animal or early human experiments, rigorous testing is needed to prove that it’s both safe and effective. That requires carefully structured and monitored tests known as clinical trials. Typically, these studies are designed to show that patients randomly assigned to get the drug do better than those in a “control group” who don’t, and that the results aren’t a product of chance. The trials try to subtract all the other influences and factors that might disguise the true effectiveness of the drug. For one thing, patients often recover from viral illness on their own, or improve because of supportive care such as rest and hydration. And some really sick patients might not respond to treatment no matter how effective it is. Treatments that don’t have approval from regulators should be viewed with extreme caution. The FDA and the U.S. Federal Trade Commission have warned multiple companies to stop selling unproven treatments for coronavirus.

7. How long does it take to prove efficacy?

It depends. Drugs that are already approved against one infection and shown to be safe can be tested for effectiveness against another in a matter of months. Experimental drugs may take longer to test, as they have to go through initial studies to evaluate whether they are safe. Other factors that can slow the process include the supply of drug candidates and the availability of patients to test them in. The trials also have to be approved by ethics watchdogs and drug regulators. According to a 2017 review, the median time for regulators to approve a new drug in 2015 was 333 days in the U.S., 422 days in Europe, and 639 days in China. China has since expedited its process. When drugs are deemed to fill an immediate need, regulators can speed them through the approval process using a number of paths.

Nigeria: Why the economy must not be destroyed fighting Covid-19