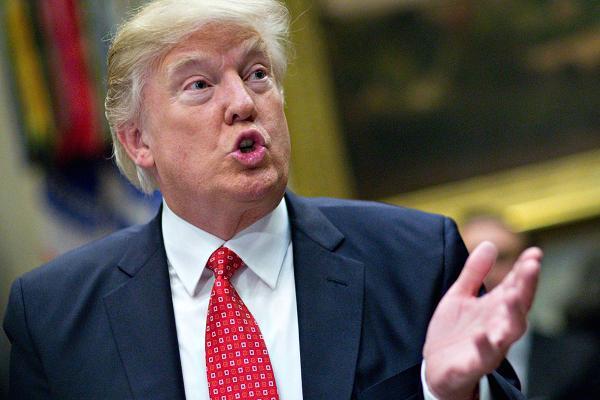 The murder in an American airstrike Friday of General Qassem Soleimani, the head of Iran’s elite Quds Force has opened a new vista of possibilities reminiscent of the 1979 face-off between the two countries. That year, protesting Iranian students, described by the state as militants, seized the American Embassy in Teheran and held scores of people hostage.

Forty years ago, a mob of Iranian students seized the US Embassy in Tehran and took dozens of staff members hostage. Demonstrators chanting “Down with USA” and “Death to America” gathered in front of the same building as state TV aired videos of rallies in other Iranian cities.

Many of the ugly sentiments from 1979 remain today amid renewed tensions between the two countries, following the unraveling of Iran’s 2015 nuclear deal and the re-imposition of US sanctions on the Iranian economy.

International benchmark Brent crude traded at $68.65 Friday evening, up more than 3.6percent, having earlier spiked to an intraday high of $70.

“There is a possibility of oil price hitting $80 if US-Iran conflict intensifies,” Charles Akinbobola, an energy analyst at Sofidam Capital said.

In the hours after Soleimani’s death, “one thing is clear: Iran will respond,” analysts at political risk consultancy Eurasia Group said in a research note published Friday.

Oil prices “will likely hold” around $70 a barrel, “but could make a run at $80 if the conflict spreads to the oil fields of southern Iraq or if Iranian harassment of commercial shipping intensifies,” they added.

“It has been always lingering as a potential threat … But I guess the timing of it was certainly surprising for the market,” Valentin Marinov, managing director and head of G10 FX research at Credit Agricole said on its Twitter handle.

Reacting to the action of the US, UN Secretary-General Antonio Guterres said the “world cannot afford” another Gulf war.

“The secretary-general has consistently advocated for de-escalation in the Gulf,” a spokesman for Guterres said in a statement.

“This is a moment in which leaders must exercise maximum restraint. The world cannot afford another war in the Gulf.”

“Following the martyrdom of the glorious general haj Qassem Soleimani, I name Brigadier General Esmail Qaani as the commander of the Quds Force of the Islamic Revolutionary Guard Corps,” Ayatollah Ali Khamenei said in a statement posted on his official website.

Also, Israel’s military have heightened alert amid fears that Iran could strike through its regional allies such as Hezbollah to the north, or through Palestinian group Hamas and Islamic Jihad in Gaza.

Israel’s defense minister summoned the country’s military and security chiefs to Tel Aviv in the wake of the killing. Meanwhile, Prime Minister Benjamin Netanyahu has reportedly cut short his trip to Greece.

US President Donald Trump took to Twitter to defend his decision to kill Qassem Soleimani, claiming that the Quds Force commander was behind the deaths of “millions of people”, including US citizens and his own Iranian compatriots.

Soleimani “killed or badly wounded thousands of Americans over an extended period of time, and was plotting to kill many more”, Trump said.

“He was directly and indirectly responsible for the death of millions of people, including the recent large number of PROTESTERS killed in Iran itself,” he added.

Dozens of US citizens working for foreign oil companies in the southern Iraqi oil city of Basra were leaving the country on Friday, the oil ministry said.

The US embassy in Baghdad urged all its citizens to leave Iraq immediately while Iraqi officials said the evacuation would not affect operations, production or exports.

Flags at Iranian embassies abroad were ordered to fly at half-mast and preparations were being made for Soleimani’s body to be transferred to Iran. The date for the funeral has yet to be announced.

Responding to the US’ killing of Soleimani, Iran’s National Security Council spokesman Keyvan Khosravi said “the legal, political, security, and military consequences of this crime is on the US government”.

“The costs that Washington has to pay will be much more severe than the mirage-like achievements of this sort of blind moves,” he added.

The source said the attack constituted a “serious escalation” and reaffirmed U.S. responsibility for instability in Iraq, according to SANA.

“The rallying oil price should have an immediate positive effect on Nigeria’s economy, But corruption is the elephant in the room,” Abayomi Fawehinmi, an energy analyst at a Lagos-based consulting firm said.

If there is a specific date for the beginning of Iran’s “malign impact,” it is arguably Nov. 4, 1979.

The assault that day on the US Embassy in Tehran was the culmination of protests by supporters of the revolution, demanding the extradition of the shah, Mohammed Reza Pahlavi, who was in the US receiving treatment for cancer.

According to an AP report from the time, “a mob of Iranian students overran US Marine guards in a three-hour struggle Sunday and invaded the American Embassy in Tehran, seizing dozens of staff members as hostages, Tehran Radio reported.”

After seven days, the women and African-Americans were freed.

In April 1980, US President Jimmy Carter cut diplomatic ties with Iran, imposed more sanctions and ordered all Iranian diplomats to leave the US. The same month, a failed US mission to rescue the hostages resulted in several deaths, including eight US soldiers.

Finally, on Jan. 20, 1981, after secret negotiations that resulted in the signing of an agreement to free Iranian assets, the remaining 52 Americans were flown to Wiesbaden air base in Germany.

Nigeria’s prosperity in next decade will hinge on data, productivity, population

Toppling Monuments and demystifying “Heroes Past”