as purchasing power of parents’ cripple 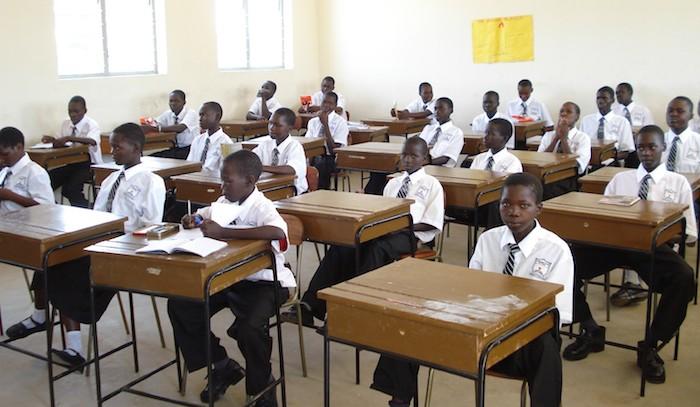 Five months after Nigerian schools shut down, as part of broader plans to curb the spread of COVID-19, Yomi, a middle-class parent of two private secondary school students in Lagos is unsure how to feel about his children returning to their classrooms to continue learning.

On the one hand, Yomi feels school resumption has been long overdue, with the delay costing students’ valuable months of learning. On the other, the 42-year-old sales manager, now out of a job due to the pandemic fallout, cannot help feeling unprepared financially.

“I am not sure of my next move as I wrote to my children’s school to allow them resume while I search for money to pay their school fees, but the school insisted only students that have paid will be resuming,” says Yomi.”

Nigerian schools, especially those in Lagos, have been closed since April and are now reopening as activities in the country slowly resume in the absence of a virus vaccine.

The Federal Government announced earlier in the month that state governments and school administrators should prepare for the re-opening of schools across the nation.

The states reopening their schools include Lagos, Osun, Oyo, Ogun, Ondo, Ekiti, Bayelsa, Delta, Rivers, Kogi, Benue, Niger, Kwara, and the Federal Capital Territory (FCT) with most of them targeting September 21 as first day of resumption.

But setting a date is only one of several hurdles to getting students back in their classrooms. Parents across the country are in a worse financial state now than at the beginning of the year, no thanks to income cuts, job losses, and rising inflation from costlier food, energy and currency devaluation.

The dwindling economic conditions mean budget constraint has become tighter on the erosion of purchasing power. In simple terms, spending on one item now means giving up more of another.

Primary determinants of purchasing power include prices and income levels (both real and nominal), according to Ikemesit Effiong, Head of Research, SBM Intelligence.

Food inflation is currently at 16 percent year-on-year, with prices of bread, cereal, fish, meat, potato, fruits, and vegetables accounting for the bulk.

Wale Olusi, Head of Research, United Capital Plc said in the last one year, the price of garri has jumped by 46 percent, price of local rice has increased by 30.5 percent and imported rice has gone up by 37.1 percent, thereby worsening the hardship of Nigerians.

“Many Nigerians have lost their jobs due to the pandemic, while the ones who still have jobs have suffered from salary cuts or no pay at all,” said Olusi.

Meanwhile BusinessDay findings show private primary and secondary schools can charge from N250,000 to N6 million per annum for each student. NBS data shows Education is the third most important non-f0od expense accounting for 6.04% of total household spending.

Cynthia, a mother of six children residing in Port Harcourt told BusinessDay journalist providing her children three-square meals is already difficult and she doubts her capacity to pay for all necessary school expenses.

Beyond food, the recent increases in fuel price and electricity tariff is also pushing down the purchasing power of many Nigerians as they now spend more on these items.

Nigeria is currently one of the most miserable countries in the world given her worsening misery index which sums record unemployment levels with double-digits inflation.

Some parents said they are drawing down on rainy day funds to support their children’s learning and schools say there’s no help they can offer for now because of the severe strain the pandemic has put on their revenue.

“The school is not a charitable organization, we need parents to start paying so that we can have money to pay our teachers and meet up with our current expenses,” says Aina, (name with-held), the owner of a private secondary school in Oyo state.

There is no clear-cut solution to the issue at hand as both parents and school owners have large expenses to meet, according to Boboye Olaolu, Sub-Saharan African Economist at CSL Stockbrokers.

“one option which is not so much of a win-win could be that schools should defer third term school fees,” Olaolu said.

Olaolu also said “Another option which is very important is the consensus between parents and school owners on how to make life easy for both parties”.

“In a situation where schools cannot defer third term school fees, they should reduce the fees by accounting for only the five weeks government asked them to be opened for”, Olaolu said.

Mr Segun (not real name), a parent of three girls in a public primary school in Lagos said “the government has missed their time to help this situation, schools should be more understanding and should put the financial conditions of parents into consideration.”