According to the IGP who made the announcement at a press briefing on Sunday afternoon, “all officers serving within the unit are to be redeployed with immediate effect.”

The disband order is coming after three days of protest from Nigerians across the country. 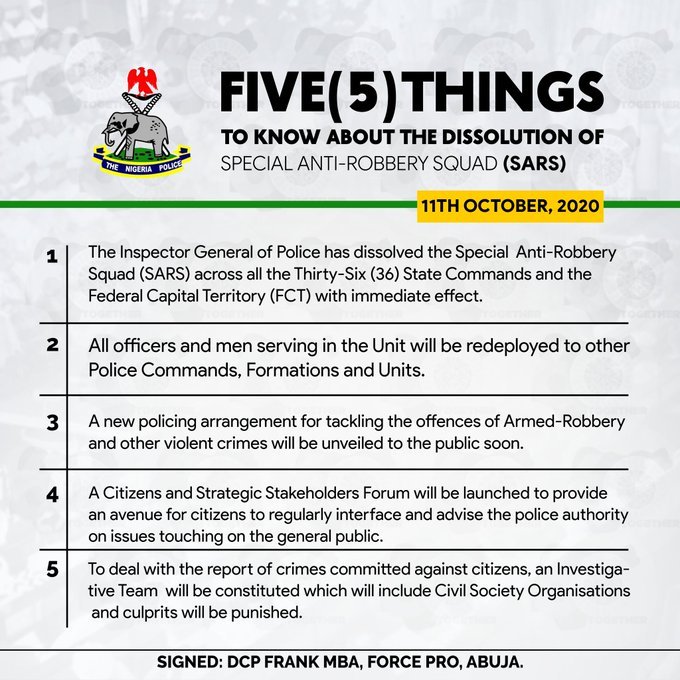 According to the IGP, all officers in the SARS unit will among other things be redeployed to other police commands, formations and units. Also, a new policing arrangement for tackling the offences of armed-robber and other violent crimes will be unveiled to the public soon.

The three days protest have spilled over to Nigerians in the diaspora. In London, a large number of Nigerian nationals gathered in front of the Nigerian Embassy calling for the international community to compel the Nigerian President to disband the rogue police unit SARS.

More money for power sector as DisCos ramp up collection