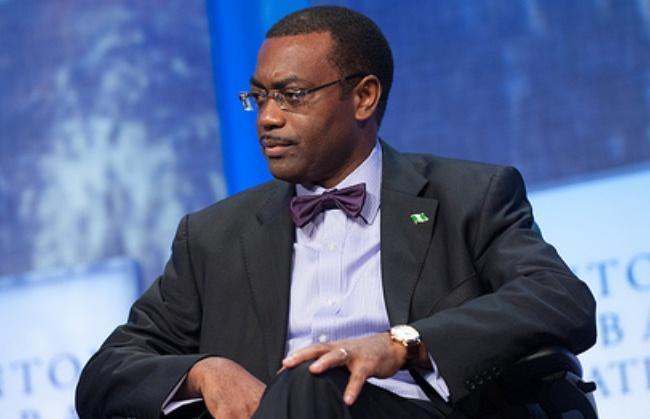 Akinwunmi Adesina, President of the African Development Bank has offered a stout defence of himself against allegations by whistleblower believed to be the American executive director at the bank.

The US government through the Secretary of Treasury has mounted a fierce assault on Adesina who is seeking a second term.

Below are responses to allegations as provided by Adesina who distinguished himself as minister of agriculture in Nigeria and who has over 20 years of unblemished career record working for top flight US corporations including the Rockefeller Foundation.

ADESINA: Ms Chinelo Anohu-AMAZU was recruited through a globally advertised, open and competitive recruitment process. The search process was carried out by a top notch external recruitment firm, Russell Reynolds of the UK. She was one of two top candidates (both women) recommended to me as President to consider for appointment by the panel. But, I can state categorically that the allegations made against her are untrue and defamatory.

Allegation No 3: Appointment and promotions of Martin FREGENE

ADESINA: Mr Fregene is NOT my brother-in-law. There is no evidence he is. Second, Mr Fregene is a world-class geneticist, internationally renowned for his work on plant genetics of cassava, and who worked earlier at CIAT, Colombia, one of the CGIAR centres, and subsequently as Director at the Danforth Plant Science Centre (probably the second largest private agricultural research centres in the United States).

He returned from the diaspora to Nigeria to work as Chief Technical Advisor when I was Minister of Agriculture in Nigeria. He was hired as a consultant by the Bank Vice President for Agriculture, Human and Social Development, Jennifer Blake, to support her in the development of the Bank’s Feed Africa strategy. I approved the recommended hire which was entirely within my power to do.

Allegation No. 4: Mismanagement of the TAAT programme

ADESINA: Allegations against me concerning the TAAT are belied by objective and solid facts demonstrating no violation by me of the Code of Conduct.

TAAT is an initiative of the Bank developed to help take agricultural technologies to the scale of millions of farmers across Africa.

Although some staff made some mistakes in the procurement process, this is being investigated by the Bank and no findings have been made yet. There was no impropriety.

The president does not get involved in contractual issues in the Bank, except in cases involving matters that may affect the image, reputation and interests of the Bank.

Allegation No. 5: Appointments and promotions of Mrs Maria MULUNDI

ADESINA: Ms Maria Mulindi worked with me prior to joining the Bank. She was part of my transition management team as I prepared to take office at the Bank following my election as President, and she very ably led all engagements with the Bank with my transition team. All Presidents of the Bank are allowed to bring in and appoint their own Chief of Staff and advisers, to help them to implement their mandate.

Allegation No 6: Direct contracting and appointment of Victor OLADOKUN

ADESINA: We went to the university together and have been very close friends since then. There is nothing in the Bank rules that says that being a friend of anyone in the Bank who gets recruited at the Bank is against Bank rules.

Allegation No. 7: Contracting of Kapil KAPOOR

ADESINA: The African Development Bank, under my chairmanship of the Multilateral Development Banks (MDBs) Heads, was tasked to help further develop my proposal to the group on how we can work collectively to leverage global institutional investors to invest in infrastructure and other sectors.

Kapil Kapoor, who was previously the Director of Strategy and Policies of the Bank, prior to his appointment as the Director General for Southern Africa, had been leading this work working closely with all other MDBs.

Kapil was essentially doing this work on top of his regular work as Director General. He retired from the Bank at the end of August 2019.

Allegation No. 8: Appointment of Emmanuel EZINWA:

ADESINA: The allegation that “A Nigerian, Mr EZINWA was found guilty of sexually harassing a colleague during his probation period; and despite his misconduct, (I) requested that Mr. EZINWA’s contract be confirmed, thus forcing the HR Director, Mrs Frauke HARNISCHFEGER resign is false.

The truth is that I do not know Mr EZINWA and have never met him in the Bank. The President does not get involved in any staff appraisals except for Vice Presidents and direct reports.

The then HR Director, Mr. David Ssegawa, evaluated the staff and there was nothing about sexual harassment.

Allegation No 9: Preferential treatment for Nigeria and Nigerians

Allegation No 10: Awards received by the President and costs borne by the Bank

ADESINA: I received the World Food Prize ($250,000) and the Sunhak Peace Prize ($500,000) in recognition of a life of accomplishments in the field of agriculture. Although they were individual prizes, they brought great credit and prestige to the AfDB.

I brought further credit to myself and the Bank by donating these two cash awards for the establishment of the World Hunger Fighters Foundation, a foundation that has garnered contributions from others and now funds the Borlaug Adesina Fellows Fellowship for young African Agribusiness Innovators.

ADESINA: Mr Ssegawa was the HR Director. It is not true that I, as President, allowed him to resign when there was an investigation. There was absolutely no investigation of David Ssegawa when he resigned, nor was one contemplated.

ADESINA: The allegation that I allowed the country manager to resign when he was under investigation for corruption is false. The President does not run country offices. They are under a Director General and overall oversight of a Vice President.

Allegation No. 14: Appointment of Mr Charles LUFUMPA as acting VP and Chief Economist

ADESINA: The allegations against me over the appointment of Charles Lufumpa as Acting Vice President and Chief Economist are patently false. My conclusion after careful review of the case of Charles Lufumpa is that the investigations conducted were very faulty and cannot prove the allegations made against him. My review also showed a well-orchestrated effort to make Mr Lufumpa a scapegoat for failures of others to do their job.

Allegation No. 15: Disregard of rules concerning leave of absence of VPs or travel of management.

ADESINA: The President does not monitor or manage time off for staff as that’s done by the Human Resources. The truth is the Vice President had personal medical issues that he had to get attended to (his private life must be respected) that required him to be away for extended periods, as needed, and he travelled with full knowledge of the department of health of the Bank which was monitoring him while away on medical reasons.

Allegation No 16: Political lobbying of Heads of State

ADESINA: It is alleged that as President I basically bribed and corrupted the 16 African Heads of State and governments in the ECOWAS region to support my candidacy for re-election.

The allegation essentially impugns the integrity, leadership and honesty of 16 African presidents and ECOWAS. This is a fanciful and baseless allegation.

In summary, every single one of the 16 allegations against me in the Disclosure remains unsubstantiated. I have not violated the Code of Conduct. The Ethics Committee should so find and dismiss the matter.