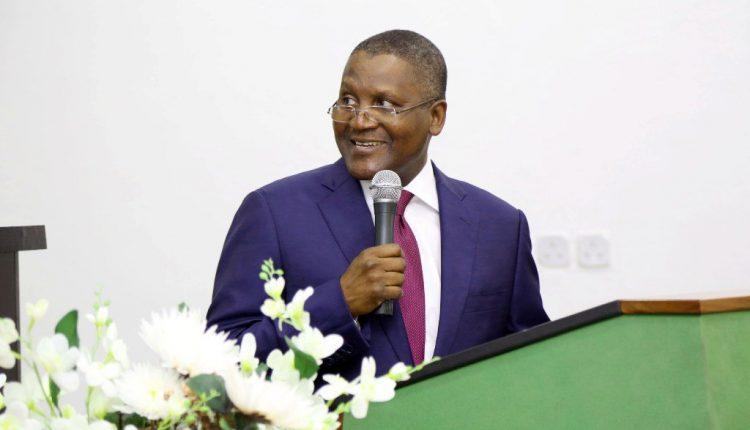 Succour has come the way of thousands of internally displaced persons (IDPs) in Katsina State with the donation of relief materials and a cash sum of N5 million towards their welfare by the Aliko Dangote Foundation (ADF).

The relief materials comprising 10,000 pieces of sleeping mats, 10,000 cardigans and sweaters and 10,000 assorted blankets were donated to the Katsina State government, while the cash sum was donated to the Federation of Muslim Women Associations in Nigeria (FOMWAN) to provide special support to women and children in the IDPs camps in the state.

It would be recalled that recently, 19 villages in three communities in Dandume, Faskari and Sabuwa Local Government Areas of Katsina State were attacked and destroyed by bandits, thus rendering over 10,000 people homeless.

The Aliko Dangote Foundation, in addition to the money, would also provide additional support to the women in Dandume and Faskari IDP camps with sanitary products, toiletries, baby diapers and other needs of women, according to Sanusi Ahmad Abdukadir, its representative, during the donation.

Abdukadir explained that the gesture was meant to bring succour and put smiles on the faces of the IDPs so that they could feel at home.

While praying for Allah to bring to an end the armed banditry facing some parts of the state, the Foundation officer called for judicious distribution of the items to beneficiaries.

Yakubu, who was represented by Isyaku Ahmad Karofi, permanent secretary, state Ministry of Agriculture, commended the Foundation for the gesture, which he described as a timely one that would go a long way to alleviating the deplorable condition of IDPs in the state.

He recalled that recently, the Foundation distributed hundreds of millions of naira to vulnerable women across the 34 local government areas of the state which was aimed at boosting their small scale businesses.

While assuring the judicious distribution of the items, he disclosed that the Foundation has also sent trailers of foodstuff which would be distributed to people as coronavirus (COVID-19) palliative soon.
He called on other public-spirited organisations in the country to emulate the Aliko Dangote Foundation by giving support to the IDPs in the state to give them a sense of belonging.

In its own response, FOMWAN commended Aliko Dangote for the invaluable support to the cause of humanity and for responding promptly to the plight of the displaced persons across the nation.

According to her, an investigation by a joint team of FOMWAN in Katsina and Faskari indicated that the increasing number of IDPs in Sabuwa IDP camp may mean that about 12,000 or more people could have been displaced in Katsina.