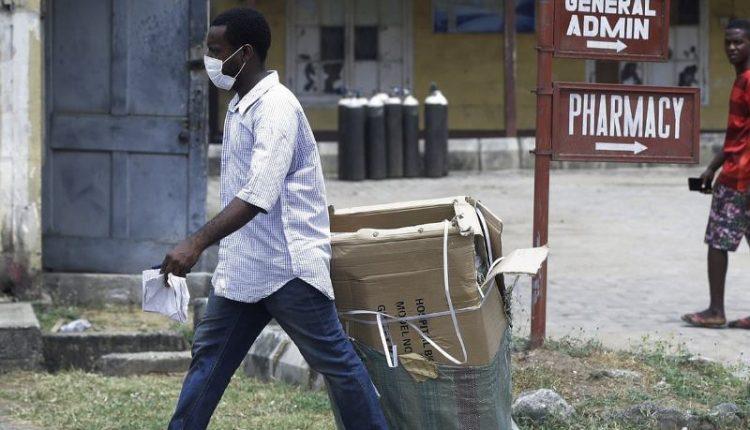 As bad as coronavirus is as a disease, it has helped to challenge human intellect, redirect thinking and elevate the capacity for sound reasoning. Though the novel virus has done the balancing act of humbling the powerful and mighty, it has also increased man’s capacity for suffering and endurance.

There has been a welter of allegations against some government officials and those saddled with the responsibility of disbursing funds to fight the pandemic. They are being accused of dipping their fingers into the till.

In Nigeria, Africa’s most populous country and the continent’s largest economy, besides exposing how weak and empty most of the country’s institutions are, the virus is also, in a very poignant way, amplifying long-suppressed problems in the country.

“Nigeria is one country where systems that offer essential services either do not function at all or they function haphazardly or both. One of such systems is health. Another is education,” Cyril Emeh, a public health worker, told BDSUNDAY on phone, stressing that “the nation’s health system is in hospital.”

Emeh noted that living in good health and giving one’s children good and quality education come at great cost because, according to him, “it is easy to live and die in Nigeria without any safety net or any form of support from government.”

Back in 1983, almost 40 years today, a military junta led by late Major General Sani Abacha, after a palace coup that ousted a civilian government that had Shehu Shagari as president, told the world that Nigeria’s “health system is in shambles”, describing the country’s hospitals as “mere consulting clinics.”

The education system in the country has been a weeping child for many years and this is reflected in the agitation and protestation of teachers at all levels-primary, secondary and tertiary- who at one time or another have embarked on industrial action to press home their demand for an improved system.

That the wealth of an individual or a nation is measured by the health of the citizens does not make any meaning to Nigeria and the managers of its affairs. Similarly, that the prosperity of any nation depends, largely, on the development of its human capital makes little or no sense to this country.

This explains why investment in these two important aspects of the country’s development  has, rather than improving incrementally, has dwindled with each passing year, peaking in reduction with the return of democratic rule in the country 21 years ago.

It was recently noted that health and education spend in Nigeria was among the lowest in the world. To fund these crucial sectors, Nigeria will have to raise the amount of revenue it generates.

The International Monetary Fund (IMF) said, in its latest economic health check of the country, that diversifying government’s revenue base, increasing non-oil revenues, and securing oil revenues, will all be critical.

According to the report, public services and infrastructure in Nigeria are under considerable strain. Globally, Nigeria ranks first in the number of children out of school. Infant mortality is also high—12 percent of all children who die under the age of five are Nigerians.

At 1.7 percent and 0.6 percent of GDP, levels of spending on education and health are among the lowest in the world, and insufficient to address growing challenges. To meet these large spending needs, greater resource mobilisation is critical. With rapid population growth that could make Nigeria the third most populous country in the world by 2050, these issues will intensify if left unaddressed.

It also noted that there is a very limited breathing space with the revenue base; too low to address the current challenges.

At 3-4 percent of GDP, Nigeria’s non-oil revenue mobilisation has been one of the lowest globally, reflecting weaknesses in revenue administration systems and systemic non-compliance.

For corporate income tax, less than 6 percent of registered taxpayers are active. Estimates on payment compliance in the case of value added tax (VAT) vary between 15 and 40 percent, and Nigeria raises less than 1 percent of GDP in VAT revenue, compared to almost 4 percent of GDP in the countries of the Economic Community of West African States (ECOWAS). Tax exemptions and incentives are narrowing the base.

International evidence shows that a minimum tax-to-GDP ratio of 12.75 percent is associated with a significant acceleration in growth and development of state capacity. It would allow increased expenditure for economic development and reduce budget exposure to oil revenue volatility.

It is worrisome that the country is carrying on as though there is no tomorrow to work and hope for. Public office holders, more or less, concern themselves with only issues of the moment and do little or nothing to improve on bad or challenging situations. To make matters worse, these public office holders either disregard or feign ignorance of existing problems.

The Health Minister, Osagie Ehanire, was recently asked if health workers were being paid ‘hazard allowance’ for the job they are doing,” in tackling the coronavirus pandemic, and he said he was “not aware.”

Ehanire added that whether during a pandemic or not, handling emergencies is a “standard job they (health workers) do every day.”

As he said so, his interviewer, House of Representatives Speaker, Femi Gbajabiamila, cut in. “I thought you said coronavirus is novel? How is it a standard job they are doing?” to which the minister replied: “they are screening for temperature.”

The Speaker pressed on. “They don’t screen for coronavirus every day. They’ve never done it before. It’s the most infectious disease in the world. The answer to my question is that they are not being paid a hazard allowance.”

“I’m not aware” was again the minister’s response.

“You should be aware. You dropped the ball there,” Gbajabiamila chided as lawmakers met with the leaders of Nigeria’s team tackling the coronavirus.

At the same event, the Secretary to the Government of the Federation, Boss Mustapha, made a controversial statement on Nigeria’s health sector.

Mustapha, who is also the chairman of the Presidential Task force (PTF) on COVID-19, said he only realised how bad Nigeria’s health infrastructure was after he was appointed to head the team. The meant he did not know the country’s health system was as bad as he had just realised.

“I can tell you for sure, I never knew that our entire healthcare infrastructure was in the state in which it is until I was appointed to do this work.

“If developed countries of the world are stretched despite their good capacity, then Nigeria needs to improve its own.

“My prayer is that Nigeria’s situation does not escalate to that extent because the country lacks what is required to handle the situation,” Mustapha told the leadership of the National Assembly.

What these mean for poor Nigerians is that there is a clear leadership deficit in the country, which the coronavirus has once again brought to the fore. What it means is that many government appointees are clearly detached from the job they are supposed to be doing, while tending to fill their pockets.

It also simply means that they are not in touch with the people at the grassroots. Their own brand of politics is elitist. The only contact they have with the people is, perhaps, during election when they come down to the base level of the ladder so that the people will help them to climb.

Weighed down by culture of corruption

An article first published in Mail & Guardian on May 2, 2020, by the Center for Strategic and International Studies, was referred to as “Covid-19 Corruption.” The explanation is that the outpouring of funds and supplies from the region’s governments and international partners presents new opportunities for corruption.

The author recalled that “In early April, Uganda arrested four top government officials following reports that they inflated Covid-19 relief food prices. Judging from the experience from the Ebola outbreak in West Africa, there is a high risk of more pilfering and extortion across the region.

In 2019, Sierra Leone initiated a long-overdue investigation to uncover what happened to millions of dollars earmarked to support the country’s Ebola response. Transparency International, this month, warned that “corruption often thrives during times of crisis, particularly when institutions and oversight are weak, and public trust is low.”

In Nigeria, there has been a welter of allegations against some government officials and those saddled with the responsibility of disbursing funds to fight the pandemic. They are being accused of dipping their fingers into the till.

‘Quality sleep boosts the immune system, important in the fight against COVID-19’