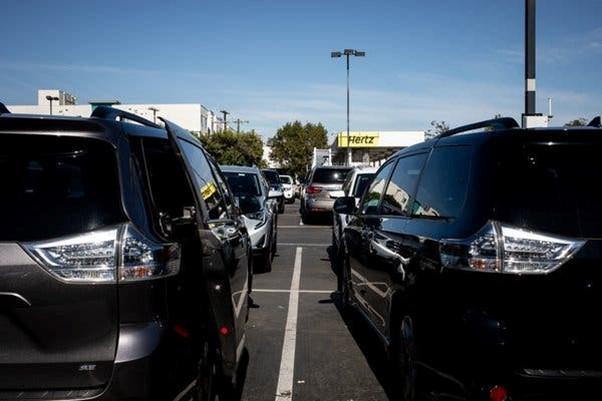 The pandemic dealt what Hertz has described as “a rapid, sudden and dramatic” blow. Sales dried up in March as much of the world started to shelter at home. Credit…Martina Albertazzi/Bloomberg
o
Hertz, which started with a fleet of a dozen Ford Model T’s a century ago and became one of the world’s largest car rental companies, filed for bankruptcy protection on Friday after falling victim to its mountain of debt.

The coronavirus pandemic has devastated Hertz by grounding business travelers and tourists, making it impossible for the company to continue paying its lenders.

A sharp drop in used car prices has also decreased the value of its fleet.

“They were doing quite well, but when you turn off the revenues and you own all these cars and all of a sudden the cars are worth less it’s a very tough business,” said John Healy, an analyst and managing director with Northcoast Research in Cleveland.

Hertz said late Friday that it would use more than $1 billion in cash on hand to keep its business running while it proceeds with the bankruptcy process.

The company, which had amassed a large debt, has been devastated by the sharp drop in travel during the pandemic.

Oil marketers say FG should back downstream deregulation with law

LEFT TO SUFFER (II): From Boko Haram’s Bedroom Plaything TO…