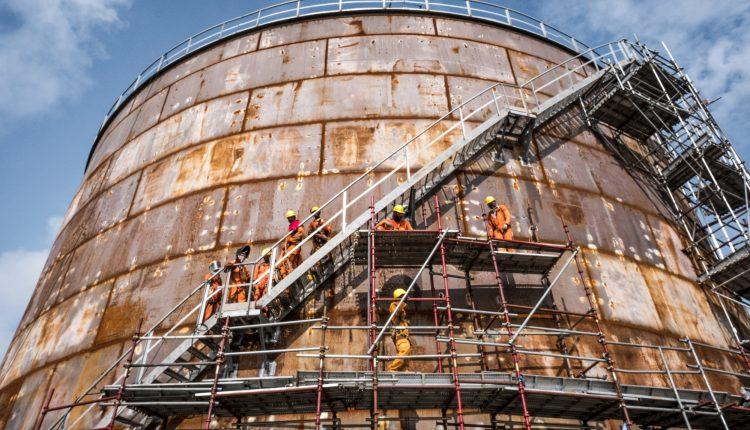 The Coronavirus pandemic has now spread to dozens of African nations where two thousand six hundred and fifty cases have been reported with forty nine fatalities and forcing a reduction in offshore staff movement in Nigeria’s beleaguered oil sector while South African is pondering the once unthinkable – a loan support from the International monetary fund, IMF.

Nigeria’s petroleum regulator ordered oil and gas companies in the country to reduce their offshore workforce and move to 28-day staff rotations as part of measures to curb the spread of the coronavirus, according to a circular seen by Reuters.

A coronavirus case on an offshore rig could spread quickly among workers and have a potentially devastating impact on production in a world awash in crude oil.

Sarki Auwalu, director of the Department of Petroleum Resources, said that only staff on essential duties would be allowed to travel to offshore or remote locations. “Non-essential staff currently at offshore/remote locations should be withdrawn with immediate effect,” he said in a statement.

Oil prices have fallen by two thirds since the start of the year, which has forced Nigeria to cut its budget and prompted oil companies to reduce their spending plans.

In South Africa Finance Minister Tito Mboweni said he may approach the International Monetary Fund and World Bank for funding to fight the coronavirus that threatens to drag the country’s economy deeper into recession.

“This morning in a conversation with the (central) Reserve Bank and the Treasury I indicated that we should proceed and speak to the IMF and the World Bank about any facility that we can access for health purposes,” Mboweni said in an interview with a weekly newspaper.

It comes a day after the global ratings agency Moody’s downgraded South Africa’s sovereign credit rating to “junk” status, heaping more pain on an economy already in recession and now staring down the barrel of a steep contraction over the global coronavirus pandemic.

South Africa entered a 21-day lockdown on Friday, with people restricted to their homes and most businesses shuttered. The country has reported 1,187 cases of coronavirus and now almost certainly faces a deep recession.

“We take no ideological position in approaching the IMF and World Bank. They are creating facilities for this environment and SA should also take advantage of those facilities in order to relieve pressure on the fiscus,” Mboweni said in the interview.

Coronavirus has now spread to dozens of the 47 countries of the WHO Africa region, with 2,650 infected and 49 dead, the head of the World Health Organization (WHO) said on Saturday.

The WHO stands ready to support all countries in the fight against the virus, Tedros Adhanom Ghebreyesus, WHO director-general, said on Twitter.

Countries with weaker health systems must act aggressively to contain spread among early cases and prevent community transmission, he said.

According to the United Nations Economic Commission for Africa, the continent is two to three weeks away from the worst of the coronavirus storm and needs an emergency economic stimulus of $100 billion to bolster preventative measures and support its fragile healthcare systems.

Almost half of the funds could come from waiving interest payments to multilateral institutions. That would give countries the fiscal space needed to impose social-distancing measures, widen social safety nets and equip hospitals to treat the sick ahead of an expected surge in infections, UNECA Executive Secretary Vera Songwe said by phone from Washington.

“If we want to have a fighting chance, we need it immediately,” she said. “In the next two to three weeks, if we act really decisively, we may be able to flatten the curve and then when the storm comes it will be not be as brutal as we see in Europe.”

One measure that can provide some immediate relief is the creation of the special purpose vehicle requested by African finance ministers through which interest payments on sovereign bonds could be sequestered and provide all countries on the continent, regardless of income level, with support, she said.

While Africa accounts for 1% of global health expenditure, it carries 23% of the disease burden, including hundreds of thousands of deaths each year from malaria, HIV/Aids and tuberculosis.

“Our hospital systems are so weak and so stressed already that another stress on them is going to break them,” Songwe said.

There are more than 3,000 Covid-19 infections in 46 countries across the continent, according to the Addis Ababa-based Africa Centres for Disease Control

The continent has never experienced a crisis of the scale and magnitude caused by the coronavirus pandemic, Songwe said. While its impact is likely to be felt for 12 to 18 months — with a loss of lives, jobs and businesses as economies grind to a halt — the potential loss of health care providers and schooling would also weigh on the continent’s health and education sectors for years to come, she said.

Countries with weaker health systems must act aggressively to contain spread among early cases and prevent community transmission, he said.