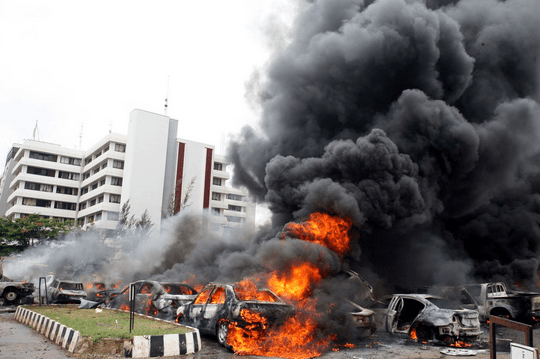 The security meeting summoned by President Muhammadu Buhari with the security chiefs on Tuesday identified the high menace of drug abuse as responsible for the increased insecurity in the country, including armed banditry, kidnappings and rapes, according to the National Security Adviser, Babagana Monguno.

The meeting also identified the high prevalence of illegal aliens as the second most important factor fuelling insecurity in Nigeria.

Monguno, however, said government must bear in mind that it owes “a duty to the people that elected this government and at the end of the day, without securing the nation all other things such as revamping the economy and fighting corruption cannot be addressed”.

Monguno, while briefing State House Correspondents after the meeting, traced the history of government’s efforts at checking use of hard drugs in Nigeria, noting that between 2011 and 2019, approximately 17 manufacturing laboratories of metal and metulin substances were located by the various security agencies and destroyed in the country.

“The problem is that dealing with such an issue as the proliferation of drugs is not as easy as it looks even for the most developed country, because it is not a one-sided affair.

“You have a minimum of three parties operating at the same time – the drug peddler (the supper fly), the consumer (the junkie), and that person in the centre who has been entrusted with denying these drugs access into the country. It is important to note that if there is a compromise, then things become tedious and problematic,” he said.

The NSA identified the drugs to include “codeine, opiums, cocaine, tramadol and pertamines and, of course, cannabis sativa”.

“Tramadol has been the drug of choice for terrorists, bandits and kidnappers. And if we don’t approach this carefully, we are going to be immersed in great problem by virtue of the fact that, those who reside in the town, urban or rural area must be able to collaborate with agents of government in revealing these abnormalities,” Monguno said.

On the high prevalence of illegal aliens, Monguno said, “This is intrinsically tied to that situation of banditry in the northwest and north central zones, where you have a lot of illegal aliens working just like what you see in the mining sector, illegal miners working with bandits and kidnappers.”

Monguno noted that the government also looked at the other issues of equipping the security agencies.

“The president directed we must rejig our strategy both in terms of operations and intelligence to further prevent catastrophes,” he said.

The meeting was held against the backdrop of a recent statement credited to the Shehu of Borno, Abubakar Ibn Umar Elkanemi, that Borno State and indeed the entire country were no longer safe, in the wake of recent attacks on the governor of Borno by militants suspected to be members of Boko Haram.

The security meeting was attended by Vice President Yemi Osinbajo, the Chief of Staff to the President, Ibrahim Gambari, Secretary to the Government of the Federation, Boss Mustapha, and the National Security Adviser.

It was reliably gathered that representatives of Nigeria Governors’ Forum will be meeting with the president and service chiefs later on Tuesday in a virtual conferencing to get their views on how best the country can tackle the rising insecurity.