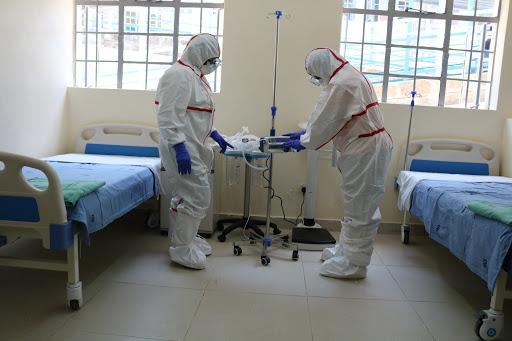 COVID-19 is a rude awakening for the world. It has catapulted us into a health and an economic crisis that is affecting not only the poor but also the rich. The inconvenient pandemic has laid bare for the world to see the underlying problems of the global economic paradigm. It highlights the unsustainability of the current systems and the need for change – from the US with the biggest economy, to the smallest most fragile economies in Africa. Sadly, this is not news. It was not a secret that the current economic system was not working for the majority of the planet; the dominant paradigm was simply unquestionable. However, now faced with a shared crisis on a global scale, the impact – as with every other challenge – will be felt more by the majority poor. And while the pandemic has been problematic for all, it comes with the very real and frightening potential for systemic meltdown in Africa. Indeed, as that Anon Whats App that’s been doing the rounds says: we may be in the same storm, but we are not in the same boat.

The good news is that questions are now fair game about the system that has left a sizable share of global population on their knees even in good times. A system that has also been choking our planet. And respected opinion-makers around the world – including Africans – have indeed been calling for change.

So now here we are. In response to the pandemic, many countries and international institutions have moved rapidly to adopt counter cyclical measures to provide stimulus to the economy. The US approved two programs worth over 2.6 trillion dollars combined. International institutions are announcing programs for immediate relief and plans for additional financing that will help countries return back to scale.

While the wealthy countries are mobilising hundreds of billions of dollars in stimulus packages, most of the world’s poor nations essentially do not have the fiscal space to do much besides hope and ask for relief. The result is that many are now calling for moratorium on debt repayments; but this is temporary relief.  The debt will still have to be paid and for many African countries, more and more, the debts are owed to the private sector. While some are calling for increased aid, others are calling for China to pay reparations to African countries. Many intellectuals of African descent have signed a public letter calling for change with a focus on the need for African governments to invest in the people, end corruption and aim for a second independence.

Though these are all good ideas and will likely help, they are not enough. In essence, everyone is drawing from their usual arsenal of arguments and instruments to suggest the means to “recover” from this pandemic. It is a view of the epidemic as an interruption rather than as a surprising, even though gruesome, game changer. Even though we do not recognise this as the answer to the prayer we have been making on the need for transformation to deal with chronic poverty, the growing inequality, unsustainability and climate disaster, this pandemic might yet lead us towards  positive economic transformation if there were such a thing. It could be the opportunity to confront our demons and perhaps shift trajectory; something we had come to believe is impossible because of our unbridled capitalist holy grail.

Our conviction is therefore that none of these well-meaning interventions are the long term solutions. Even if all the debts were magically cancelled, without changes in the underlying conditions (both global and national) our countries would likely just get into debt again soon. For example, Nigeria’s external debt stood at about 36 billion USD at the end of 2004. Negotiations with the Paris Club in 2005 yielded debt relief and with payments by the government, Nigeria’s external debt declined to about 3.5 billion USD in 2006. Today, Nigeria’s external debt has reached over 27.6 billion USD and debt service has become the biggest item in the budget, requiring over 50 percent of foreign earnings.

We are not arguing against aid or reparations; this is a time in which the developing world needs all the support and redress possible. However, we must view these as temporary and residual measures. They should happen, but they are not going to bring about the transformation humanity needs.

It is time to break out of this illusion of a box. The problem is not only African; it is a global challenge.  No amount of tinkering at the edges without a fundamental shift will solve the underlying problems. After all, Africa was being hailed as rising!  Yet just one virus and we are facing a potential economic collapse in Africa and many parts of the world? And the long lines in many US cities for free meals at food banks is an indication that precarity is not limited to the developing world. We cannot and must not continue to produce a few billionaires in return for millions living on the edge. The current economic system is and has been failing humanity.

The question has often been asked what Africa may have to offer the world from her creativity, cultures and wisdoms, partly because Africa has seemed less far gone, so to speak, in terms of being entrenched in global capitalism and hyperbole. Yet it has also been difficult to take Africa seriously when constantly on the backfoot – patronised and infantilised – in part because our leaders circle the globe with begging bowls and promises on one hand, while on the other hand our elites are siphoning our commonwealth into private accounts overseas. But the times have become urgent, and the needs globally mutual. For once, our underdevelopment and exclusion spells not only precarity but also opportunity. Our prevalence of and comfort with alternative and informal ways may not be simply dismissed as backwardness and fragility, but rather read as the seeds for resilience, new models, and better growth paths. Perhaps we finally have – albeit in strange costume – the level playing field in the realm of ideas about how to better organize our future economies.

And yes, Africa is willing and able to lead in finding ideas. In fact, we are proposing a project to do just that. We are launching a project on reimagining economies around the world, starting in Africa. The project boldly calls for a real reset and invites a much more radical, imaginative exploration of new economic foundations, principles, shapes, structures and systems. The goal is to design and propose to the world new socio-economic systems that are more inclusive, sustainable, and just.

There will be no investment in what has been, no holy cows. A venture of imagination to redefine and expand the economic menu is what is called for. We will explore multiple answers and approaches, pushing to think beyond the current paradigms, to imagine a new world with novel ethos. It will require new imaginaries, new processes of engagement, new institutional configurations and methods, new eco-logics, and boundless horizons. Will the world welcome and support this potential silver lining?

For us, it comes to this: It is time to break free from our limited appetites for new thinking and imaginations.  The fact is “the time is never right”. But there is no better time than now. We are all finally humbled to the point of vulnerability. Nobody knows any better than the other. It is therefore crucial that we seize this opportunity to seek new thinking and new ideas.  The world needs everyone to contribute their ideas and innovations. We might as well get started in Africa!

Olugbenga Adesida, PhD is the co-founder of The Africa Innovation Summit and co-founder of Bonako, a tech company based in Cabo Verde. He worked on the United Nations Development Programme (UNDP) African Futures programme in the 90s.

Geci Karuri-Sebina, PhD is co-founder of the Southern Africa Node of the Millennium Project, a visiting research fellow at the University of Witwatersrand in South Africa, and a SingularityU global faculty member on the future of cities and governance.

Entrepreneurship comes with psychological, social hurdles to scale over

‘Examining the corporate governance implication of changes to the Companies and…