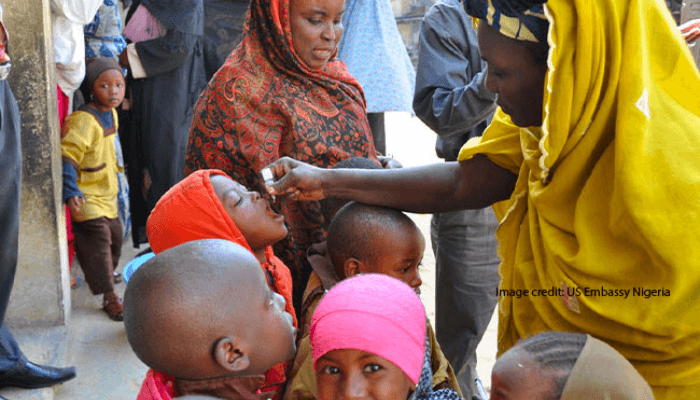 Despite achieving the wild polio (WPV) free status, the Federal Government says it is not yet uhuru for Nigeria as insecurity is threatening the eradication of re-emerging variants of the polio virus.

Osagie Ehanire, minister of health raised this concern, Thursday, in Abuja during the Third Year anniversary of wild polio virus eradication in the country.

He noted that the past three years since Nigeria attained the status has been a mixed bag of events for the country. According to the minister, the impact of COVID-19 on Nigeria’s health system and the emerging security in some parts of the country are posing a challenge to the onslaught of the re-emerging Variants of the Polio Viruses (cVPV2).

The minister explained that cVPV2 were remnants in the environment as a result of suboptimal environmental sanitation, and can infect and affect children who have not been enrolled in the routine immunisation system.

While remembering those who lost their lives during the battle against polio, Ehanire said, “The day may have come too late for those who have been paralysed and those frontline health workers who paid the supreme price for the triumph of eradicating the disease.

However, for the millions of children who are prevented from the crippling effects of WPV these sacrifices will not go in vain and, therefore, the significance of commemorating this day”.

Ehanire, however, informed the National Primary Health Care Agency (NPHCDA) has been directed and guided to mount the needed response to deal with these viruses within an integrated framework in order to address other public health challenges including the ongoing COVID-19 vaccination in the country.

In his remarks, Faisal Shuaib, executive director of the NPHCDA pointed out that it is not yet uhuru “as we still have circulating variant polio viruses and they are just as important as WPV because they do cause paralysis and for the mother whose child gets paralysed, she doesn’t care whether the paralysis is because of WPV or whether it is due to circulating variant polio viruses. All she knows is that her child is paralysed.”

According to Shuaib, the reason why Nigeria is recording “an explosion” of the circulating polio virus is because “our routine immunisation system was not good enough,” he said.

“This is why it is important that we continue to latch on to the support and the leadership of our traditional and religious leaders to create more awareness around the need for childhood immunisations.”

In the same vein, the United Nations Children’s Fund (UNICEF) and the World health Organisation (WHO) warned against complacency in polio vaccination, saying it currently threatens re-emergence of the virus in Nigeria.

Nigeria achieved wild poliovirus-free (WPV) status on August 25, 2020, but the agencies noted that the status does not eradicate the risk of polio as the current polio-free status of Nigeria is still fragile, due to low routine immunisation coverage, and poor environmental sanitation

Eduardo Celades, UNICEF chief of health on the WPV, said “complacency is not an option, as polio could come back if we let our guards down, looking at what happened in Zambia and Mozambique, even in the UK and the USA. Polio anywhere is polio everywhere.

“We might have won the battle against wild polio, but the war against all types of polio is not yet over. A circulating variant of poliovirus is still affecting too many children in Nigeria,” he added.

In his remarks, the country director of WHO, Walter Kazardi, stressed that to sustain remarkable polio achievement, Nigeria must strengthen routine immunisation and overall health system, especially the primary health centres in communities.