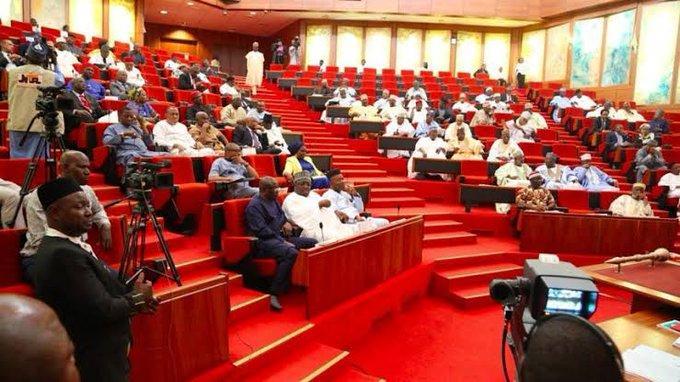 Share
The Senate on Thursday alerted Nigerians that a strange disease has hit Benue state, killing 15 persons already and about 104 seriously infected.
The Senate is suspecting that the outbreak may be coronavirus epidemic which it said require urgent health measures to identify.
The Senate revealed that the outbreak of the strange disease occurred on January 29, 2020, in Oye, Obi Local Government Area of Benue State.
Consequently, the Senate has directed the Federal Ministry of Health to immediately investigate the disease and also mobilize health personnel to the affected area to ascertain the nature of the disease.
Also, the Senate has requested the Nigeria Centre for Disease Control (NCDC) to quickly employ surveillance measures to contain the disease.
Similarly, the NCDC is urged to not only investigate but see to the treatment of the victims and to further prevent the spread of the disease.
The Senate’s alarm was as a result of a motion by Senator Abba Moro (PDP – Benue South) during plenary on Thursday.
Leading the debate, Moro revealed some of the names of the victims of the strange disease as Happiness Ogbo, Onajobi Ogbedu, Wisdom Agwo, Andy Edu, all of whom, he said, died 48 hours after contracting the undiagnosed disease.
According to him, the disease, which he said, is yet to be ascertained by medical experts in Benue State, has symptoms such as headache, internal heat, diarrhea, vomiting, stomach ache, weakness of the body and swollen stomach.
“As on Monday, February 3, 2020, the number of persons affected with the strange epidemic has risen to one hundred and four,” Senator Moro lamented.