Your Company Is Too Risk-Averse 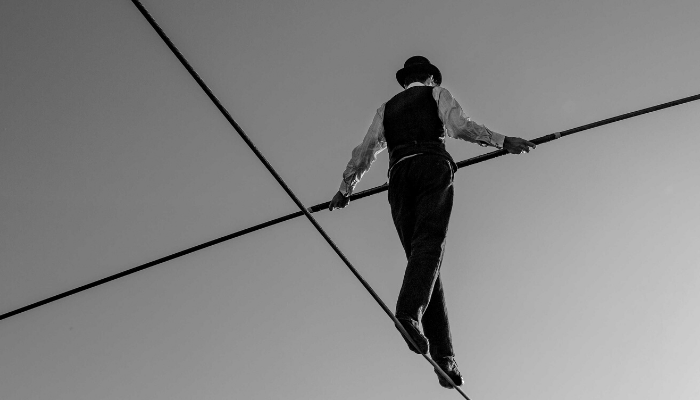 Companies are supposed to create value for stakeholders by making risky investments. It won’t matter if even a significant percentage of them fail so long as the success of other bets compensates, which usually happens. It’s an approach to investment that’s supported by economic theory going back to the 1950s.

In current practice, however, executives in large corporations are reluctant to propose and advocate for risky projects. They quash new ideas in favour of marginal improvements, cost-cutting and “safe” investments.

Why? We believe it’s because corporate incentives and control processes actively discourage managers from taking risks. CEOs are evaluated on their long-term performance, but managers at lower levels essentially bet their careers on every decision they make — even if outcomes are negligible to the corporation as a whole.

Consider how most investment decisions are made. A team with an idea for an investment puts together a business case for the project, which is then presented to a committee made up of the top managers of the unit. The committee makes a decision on the basis of whether it judges the financial models to be plausible.

The committee probably evaluates relatively few investment proposals. It is not unlikely, therefore, that if it were to allow a greater probability of failure for its investments, few or none of its decisions in a given time period would end in a successful outcome. The managers making the decisions would be held accountable for those outcomes, and their reputations — possibly even their jobs — would be at risk. The consequences of project failure would be far higher for the managers than for the company.

If this is true, we would expect that senior executives will be more open to investing in small projects than lower-level managers are. And that does appear to be the case. In a recent workshop, the American economist Richard Thaler asked 22 heads of magazines owned by a large publisher if they would accept a hypothetical 50-50 investment that would pay $2 million to the parent company if it was successful or lose $1 million if unsuccessful. Only three heads said they would accept the investment. In contrast, the CEO wanted all the individual proposals to be accepted; he had realized that, when the investments were pooled together, the risk profile was much more attractive.

Companies can forgo smart investments because of managers’ aversion to risk. How do we change the practices and incentives around investment decisions so that managers become less risk-averse? Here are a few suggestions:

— MAKE RISKY DECISIONS IN BATCHES: The first step is to establish a process in which projects are evaluated simultaneously with others on the basis of their collective value and risk. Ideally, a company would apply a portfolio optimization model that incorporates risk correlations across potential investment projects. This approach would identify the least-risky portfolio for an overall target rate of return and risk given the investment opportunities available.

A simpler approach is to rank all projects across the company on the basis of their expected net present value or some version of it, such as present value divided by investment. The corporate staff then ranks the projects across the company from highest to lowest in terms of expected value, ignoring risk. They accept projects, starting with the most value-creating project and continuing down the list. Once the maximum amount of spending the company is comfortable with is reached, all projects left on the list are turned down.

— BRING RISK OUT INTO THE OPEN: In our experience, few project teams perform explicit risk assessments. The idea is to sell the project to management, and too much discussion of risk could frighten the horses. Instead, we recommend that companies consider four or even five scenarios to achieve a good understanding of the risks.

Next, teams should explicitly identify the critical risk factors that influence outcomes. If a team was investing in a pioneering process plant, for instance, it would need to consider product price risk, environmental risk, technological risk, currency risk and, of course, execution risk (that is, human error on the part of managers carrying out the project).

When risks are specified in advance and agreed to by the whole team, executives are better able to identify the causes of project failure (and success). They can more easily determine whether an investment decision was good or bad, regardless of the outcome, which in turn makes it easier to take risks in the first place. It is important not to penalize poor outcomes, only bad decisions.

— MAKE RISK LESS PERSONAL: The final step in lowering risk aversion is to reduce employees’ personal risk in proposing projects that are outside the box. The simplest way to do that is to reward people whose projects are approved by senior management, regardless of the ultimate outcome of the project. A more sophisticated approach is to decouple the decision to pursue the project from its execution.

Finally, smart companies always make postmortems an important element of the management system. One company we know conducted them on its acquisitions and found that while the strategies were often sound, the executives assigned to integrate the acquired companies and carry out the strategies often lacked the resources necessary to be successful.

Managers can control how their own behavior shapes an investment decision. But outcomes depend greatly on other people’s decisions and factors beyond human control. That means there is a strong element of chance in any investment, for which it is unreasonable to hold managers accountable. Companies need to switch from processes predicated on managing outcomes to those that encourage a rational calculation of the probabilities.

Dan Lovallo is a professor of business strategy at the University of Sydney Business School and a senior adviser to McKinsey & Company. Tim Koller is a partner at McKinsey in Stamford, Connecticut. Robert Uhlaner is a senior partner at McKinsey in San Francisco. Daniel Kahneman is the Eugene Higgins professor of psychology, emeritus, and professor of psychology and public affairs, emeritus, at Princeton University. He was awarded the Nobel Memorial Prize in Economic Sciences in 2002 for his work (with Amos Tversky) on cognitive biases.