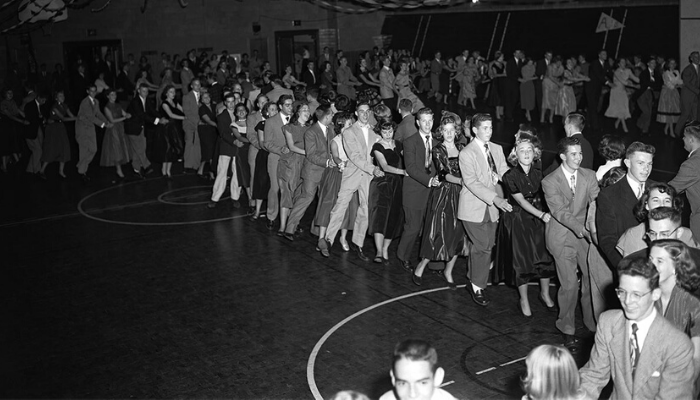 Ted Byrd was my first work best friend. When I joined the Free Lance-Star newspaper as a cub reporter, we immediately bonded. We’d attended the same university (albeit a decade apart); we both liked to run in the mornings and drink wine on Friday nights. More important, we enjoyed working together. We shared ideas, advice, annoyances and jokes. He made my professional — and personal — life better.

Since then I’ve developed other deep friendships through work. At the Financial Times, I met Rebecca Knight, who 20 years later feels like a sister, and David Baker, who was the first nonfamily member to see an ultrasound of my son and who last year entertained him, then age 11, with magic tricks. At HBR, I have Dan McGinn, Scott Berinato and Amy Gallo — people who know me, my work and my life extremely well.

I’m one of the lucky ones. As a trio of 2020 books show, work friendships yield many benefits. In “Social Chemistry,” Yale professor Marissa King explains that your social connections are a strong predictor of your cognitive functioning, resilience and engagement. She cites studies showing that teams of friends perform better; that people with supportive co-workers have more work-life balance and are less stressed; that strong personal ties increase information- and idea-sharing, self-confidence and learning; and that those who have close friends at work are more efficient in and satisfied with their jobs. She points to research by Tom Rath suggesting that if one of your colleagues is a “best” friend, you’re seven times more engaged at work than the average person.

In “Together” the former U.S. surgeon general Vivek Murthy calls friendship fundamental to successful professional relationships, adding, “It’s in our relationships that we find the emotional sustenance and power we need to thrive.” And in “Friendship,” an exploration of the “evolution, biology … and power” of these bonds, the sociologist Lydia Denworth writes that they give us purpose, meaning and a more positive outlook. The mere presence of a friend can make it easier to tackle challenges, she explains, and our blood pressure and immune cells are significantly affected by how much we like the people we spend our time with. (I’d add that, recent social distancing notwithstanding, most employed adults do spend more hours, virtually if not in person, with co-workers than with family or nonwork friends.)

Think, too, of all the famous BFFs who have teamed up to achieve greater success, by launching companies (Jobs and Wozniak), decoding our psyches (Kahneman and Tversky), dominating sports (LeBron and Wade), excelling creatively (Elton and Bernie) and supporting one another’s careers (Oprah and Gayle).

It’s clear that work friendships are worthwhile. However, not everyone has them. King writes that in 1985 nearly half of Americans had a “close” pal at the office, but by 2004 only 30% did. And the percentage of people who say they care about having friends at work drops from 54% among baby boomers to 41% among millennials. She adds that most adults spend less than 40 minutes a day socializing, 10% less than they did a decade ago.

The problem, of course, is our limited time and energy. Denworth says it best: “The thirties … are … described as the decade where friendship [gets] killed off by marriage, children, jobs, relocating.” We get super busy and “don’t prioritize friends.”

Still, given the hours and interests we share with colleagues, work should be an easy place to build these relationships. Murthy notes that it’s already where we develop “middle and outer circle friendships.” So why not try to find “intimate confidants” there too?

According to all three authors, that takes intentional effort. King: “In each moment we have the choice of whether and to what extent to connect with the person before us.” Denworth: “You must … put time and attention into building quality relationships.” Murthy: “Creating a connected life begins with the decisions we make in our day-to-day lives.”

Want more specific advice on how to develop deep friendships at work? First, be patient. As Denworth points out, people generally need 80 to 100 hours together before they can call one another a friend and more than 200 hours before they would deem themselves “best” friends.

There are ways to speed that process, however. Proximity helps. King notes that “the probability of two people communicating is inversely proportional to the physical distance between them.” One survey of cadets showed that seating assignments were a stronger predictor of friendships than religion and hobbies. Another study showed that half of employee interactions (both electronic and face-to-face) were between people sitting next to each other, while the rest were between co-workers in the same row or on the same floor. Of course, few of us pick our workstations. But most of us can vary our routines to interact with colleagues in whom we see a possibility for greater connection.

Another strategy is to look for commonalities with your workmates. Denworth reminds us of Aristotle’s words “A friend is another self.” But be sure to think broadly. Don’t just consider people of your same age and background or in your department. Seek out others who share your passions, hobbies and worldviews.

There’s something even more key than proximity and similarity, though: reciprocity. True friends support one another, generating mutual positive feelings and personal growth. As Murthy writes, “Friends show that they care about each other.” King, who studies networking behavior and categorizes people into three types — conveners, brokers and expansionists — has some of the best advice on this front. She explains that self-disclosure and working to understand others’ perspectives strengthen convening — or tightly knit — relationships. She adds that both asking for help and becoming a better listener and more thoughtful questioner will enhance trust. Denworth agrees: “The best friendships invite vulnerability.”

Two summers ago, I got the awful — and surprising — news that my friend Ted had passed away. I was at the office when I opened the email. I was in shock. A few minutes later, Dan arrived at his desk, which for the past 10 years has been next to mine, and asked, as he always does, “How are you doing?” I burst into tears. “My friend — my you when I was at my first job — just died,” I blubbered. “He was my you,” I explained again, unsure that I was making sense. But Dan understood. He came over, put a hand on my shoulder, and said, “I’m so sorry.” He stood with me while I cried.

Real life happens at work: success, joy, failure, trauma. We need real friends — right there, at our side — through it all.

Alison Beard is a senior editor at Harvard Business Review.

How to mentor someone who has manipulative tendencies

A New Prescription for Power

A Better Way to Onboard AI