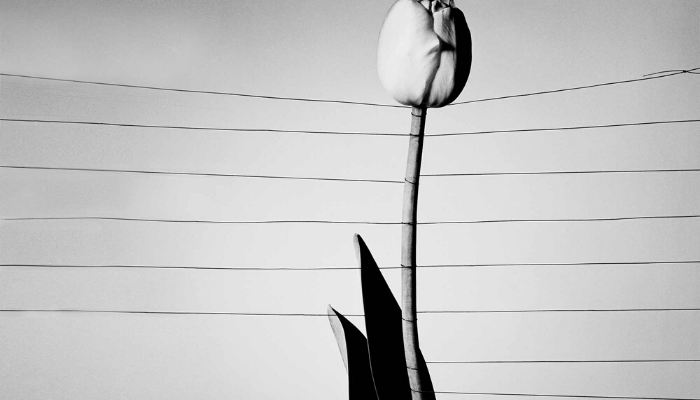 The watershed moment for the legal concept of “sexual harassment” came in 1991, during the Supreme Court nomination hearings for Clarence Thomas, when Anita Hill accused Thomas of having sexually harassed her while she was his assistant at the Equal Employment Opportunity Commission. Hill’s televised testimony rocketed sexual harassment into public awareness and prompted many women to come forward with their own stories. Recognizing the extent of the problem — and growing increasingly worried about their legal and public-relations exposure — many companies decided they had to address it.

By 1997, 75% of American companies had developed mandatory training programs for all employees to explain what behaviors the law forbids and how to file a complaint, and 95% had put grievance procedures in place for reporting harassment and requesting hearings. Training and grievance procedures seemed like good news for employees and companies, and in 1998 the Supreme Court ruled that companies could protect themselves from hostile-environment harassment suits by instituting both.

Most organizations and executives felt good about this: They were dealing with the problem. But sexual harassment is still with us, as the #MeToo movement has made clear. Today some 40% of women (and 16% of men) say they’ve been sexually harassed at work — a number that has not changed since the 1980s. Given how widespread grievance procedures and forbidden-behavior training have become, why are the numbers still so high?

We looked at what happened at more than 800 U.S. companies, with more than 8 million employees, between the early 1970s and the early 2000s. Did the programs and procedures that these companies introduced make their work environments more hospitable to women? We focused in particular on how those initiatives affected the number of women in the managerial ranks.

Our study revealed some uncomfortable truths. Neither the training programs that most companies put all workers through nor the grievance procedures that they have implemented are helping to solve the problem of sexual harassment in the workplace. In fact, both tend to increase worker disaffection and turnover. To us the takeaway seems clear: The programs and procedures that the Supreme Court favored in 1998 are doing more harm than good.

We have to do better. The good news is that our study revealed ways in which we can.

THE TROUBLE WITH HARASSMENT TRAINING

Does harassment training that focuses on forbidden behaviors reduce harassment? Apparently not. We found that when companies create forbidden-behavior training programs, the representation of white women in management drops by more than 5% over the following few years. African American, Latina and Asian American women don’t tend to lose ground after such harassment training is instituted — but they don’t gain it either. White women make up three-quarters of all women in management and half of all women in the workforce, so as a group they bear most of the training backlash.

Why would training designed to educate employees about harassment create a backlash? The problem is with how the training is presented. Typically it’s mandatory, which sends the message that men have to be forced to pay attention to the issue. And it focuses on forbidden behaviors, which signals that men don’t know where the line is. The message is that men need fixing.

Start any training by telling a group of people that they’re the problem, and they’ll get defensive and resist solutions. That’s what happens with harassment training: Research shows that it actually makes men more likely to blame the victims and to think that women who report harassment are making it up or overreacting. Does training help men, at least? No. Research shows that men who are inclined to harass women before training actually become more accepting of such behavior after training.

If the typical harassment training leads to the loss of female managers and makes the bad guys a little worse, it’s probably time to start thinking about more-effective types of training. We’ve identified two in our research:

— BYSTANDER-INTERVENTION TRAINING: Sharyn Potter and her team at the University of New Hampshire’s Prevention Innovation Research Center have long conducted interesting experiments with it on college campuses and military bases, where harassment and assault are rampant. A dozen years ago they piloted a college bystander-intervention program.

In their programs, Potter and her team start with the assumption that trainees are allies working to solve the problems of harassment and assault rather than potential perps. Everybody’s job is to nip misbehavior in the bud. Properly trained bystanders interrupt the sexual joke. The approach is surprisingly effective. Even months after the training, trainees are significantly more likely than others to report having intervened in real-life situations.

— MANAGER TRAINING: In our study, companies that adopted distinct manager-training programs saw significant gains in the percentage of women in their managerial ranks, with white women rising by more than 6%, African American and Asian American women by 5% and Latinas by 2%.

Manager training works because it presents harassment as a challenge that all managers must deal with. Participants, men and women alike, are encouraged to imagine what they might see other people doing wrong; the focus is deliberately not on what they themselves might do wrong. Trainers advise participants on how to recognize early signs of harassment and how to intervene swiftly and effectively to prevent escalation.

THE TROUBLE WITH GRIEVANCE PROCEDURES

Every Fortune 500 company we’ve looked at has a grievance procedure. These procedures were first cooked up by lawyers to intercept victims who were planning to sue, and then were adapted to protect companies against suits by the accused. But they haven’t improved the situation for women. After the companies in our study implemented them, in fact, the total number of women working in management declined.

But why do those procedures backfire? The answer, according to a variety of studies, is retaliation against victims who complain. One survey of federal workers found that two-thirds of women who had reported their harassers were subsequently assaulted, taunted, demoted or fired by their harassers or friends of their harassers.

Most procedures protect the accused better than they protect victims. Companies almost never actually transfer or fire the accused, because they worry that the accused will sue. Moreover, everybody knows that the system is rigged. That’s why human resources officers often counsel victims against filing grievances. Accusers have only two real options: report harassment and suffer the consequences, or don’t report it.

If the current system isn’t working, how can you and your organization do better? We’ve identified two good options.

— THE OMBUDS OFFICE: This is an entity that sits outside the organizational chain of command and works independently to resolve sexual harassment complaints. An ombuds (formerly ombudsman) system is informal, neutral and truly confidential — only the ombuds officer needs to know of the complaint. This approach has two advantages over the current system: It allows accusers to determine whether to make their complaints known to the accused, and it avoids legalistic hearings entirely.

— VOLUNTARY DISPUTE RESOLUTION: For an alternative that falls somewhere between a formal grievance procedure and an ombuds office, consider a dispute-resolution system that relies on mediation. In this model, mediators hear claims, notify the accused and try to find solutions that satisfy both sides. Some employers use professional mediators; others train their own workers to do the job. The victim must feel comfortable being identified to the accused, and both parties must be committed to finding a solution. Obviously, this approach doesn’t work for the most egregious cases of harassment, for which the only sensible solution is to fire the perpetrator.

The advantage of voluntary dispute resolution is that accusers can decide at key points in the process whether to proceed. Once the process is initiated, if they feel the accused isn’t engaging in good faith, or that the complaint needs to be handled in a more legalistic way, they can bow out and file a formal grievance.

Reducing harassment will also require changing the culture of your organization so that fighting harassment becomes part of your mission. You’ll need to engage as many people as possible in the effort and create systems of accountability that get everyone involved in oversight.

Three tools offer promising ways to do that:

— TRAIN-THE-TRAINER PROGRAMS: Employees who volunteer to be trained as harassment trainers tend to become leaders committed to changing the culture. This approach is less expensive than using outside trainers, and it’s much more effective than tick-the-box online courses.

— HARASSMENT TASK FORCES: When we conducted research on diversity programs, we discovered that establishing a task force is the single best way to improve diversity in the workplace. It also promises to help curb harassment by engaging more people. A CEO might commission a harassment task force and ask department chiefs to join it or send a lieutenant. The task force can look at HR data on harassment complaints, interview people across the company about their experiences, study company data on what kinds of workers are quitting, and more. Once the members have figured out what and where their company’s specific problems are, they can brainstorm solutions and take them back to their own departments.

— PUBLISHED NUMBERS: If you publish data that exposes a problem, managers will focus on it, and solving the problem will become part of the culture. Uber was acting on this principle when it published the number of sexual assaults that allegedly took place in its vehicles in 2018. Your ombuds office could post the number of complaints, broken down by department. An annual employee survey could surface problems by department and location. Most managers have no idea how their own departments are faring, because people rarely file formal complaints. Shining a light on where problems lie can change the culture.

We have sung gas to power, now it is gas to people – Auwalu

Fighting the coronavirus with big data

Your Company Is Too Risk-Averse

Fighting the coronavirus with big data