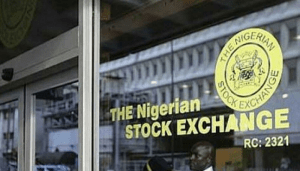 Banks stocks shed most in year on regulatory headwinds

Investors dumped banking stocks plunging the banking index into biggest daily loss at 4.78percent, its biggest loss since the beginning of the year, at the close of trading on the nation’s bourse on Monday.

The Month-to-Date loss increased to -6.25percent, while the Year-to-Date return moderated to 0.74percent.

Over the weekend the Bankers Committee of the apex bank, the umbrella body of Central Bank of Nigeria’s (CBN) officials and managing directors of deposit money banks in the country rolled out sanctions to some banks for breaching FX rules on using wired funds to finance banned/prohibited items.

Read also: Economic cost of insecurity amid increasing poverty in the north

The names of the affected banks include Fidelity, Stanbic, FCMB, FBN, UBA, and GTB.

In what could be termed as stifling the revenues banks, the apex bank has now declared the high-yielding Open Market Operations as poison for banks henceforth.

“OMO has now become poison as against honey that it used to be. Banks are enjoined to remove its eyes from OMO and play responsibly,” CBN said.

The committee also warned that that Cash Reserve Ratio which is the share of a bank’s total deposit that is kept with the CBN shall continue at discretionary application and can be as high as 30-40percent if the apex bank detects that the banks bid for Open Market Operations (OMO) The apex had last month raised the CRR by 500bps to 27.5percent from 22.5 percent. 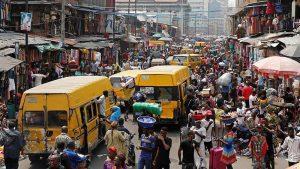 Although there is still much to be desired, the Nigerian economy has grown the fastest since the recession in 2016.

Nigeria’s Gross Domestic Product (GDP) expanded by 2.27 percent in 2019, higher than the 1.91 percent growth rate recorded in 2018, the Nigerian Bureau of Statistics (NBS) said on Monday.

In line with BusinessDay forecasts, economic growth strengthened in the final quarter of 2019 to 2.55 percent, printing at the strongest level since Q3 2015.

GDP is relevant because it provides an overview of how a country’s economy is faring. A rise in GDP may be an indication of improvements such as more people getting jobs and spending their wages or businesses investing more.

Developments in the oil sector have been a major determinant of the direction of economic activities in Africa’s largest economy which depends largely on the sector to rake in about 70 percent of its revenue and 85 percent of its foreign exchange earnings.

The GDP figures outperformed various predictions of sluggish growth. World Bank had estimated Nigeria’s economy to edge up to 2.0 percent, while IMF projected a 2.1 percent growth in 2019.

Nigeria’s fortunes are still closely linked to oil markets and growth could be threatened this year if oil prices continue to fall the way they have done in 2020 so far. Brent crude traded at $55.61 per barrel Monday following a surge in new coronavirus cases, highlighting the severe risk market volatility poses to oil-dependent economies like Nigeria.

A 2020 edition technical report released by World Bank on Off-Grid Solar Market Trends Report has revealed the off-grid sector have attracted more than $1.5 billion in investment as at the end of 2019 with growth in the early years primarily driven by equity, and debt becoming more common recently.

“As the sector matures, debt will continue to drive the total value of investments into the sector, though equity demand remains strong. Equity investments dominated transaction value in the sector’s early stages, as companies raised funds to test their business models,” the report said.

The detailed World Bank’s Energy Sector Management Assistance Program (ESMAP) noted that in recent years, debt has become the most frequently utilized financing instrument in terms of both value and number of transactions which is especially true for First-Generation companies that have greater working capital requirements and whose cashflows can support larger amounts of debt.

“Equity investment has remained relatively constant in recent years, as few new investors enter the sector and others have already chosen players to back and have not yet seen a return on this capital through exit. Grants remain an important but small percentage of the total capital deployed to the sector,” the report said. 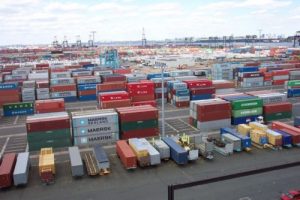 Congestion at Nigeria’s major seaports, Apapa and Tin-Can in Lagos, is not abating, and industry analysts are putting the blame squarely on the growing number of overtime and abandoned cargoes, clearing bottlenecks and border closure.

Shipping liners now wait more than 25 days in Apapa Container Terminal, West Africa’s busiest container terminal, before accessing the port to discharge their cargo, as against 20 days earlier in the year, according to German shipping line Hapag-Lloyd.

The waiting time at Tin-Can Island Container Terminal, however, has remained at over 10 days, same as last month’s figure as contained in Hapag-Lloyd’s January operational report published by Container News, a shipping and maritime news portal specialised in liner shipping and its container applications.

In the last quarter of 2019, shipping liners waited an average of 10-15 days to have access to the ports to discharge their cargo, as against the seamless process that obtained at the ports before the congestion began.

As at October 2019, APM Terminals had overtime containers numbering 2,259 boxes, equal to 3,000 TEUs, according to the Nigerian Ports Authority (NPA). 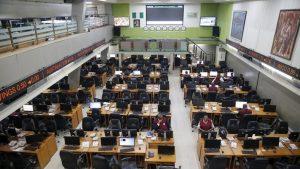 The National Bureau of Statistics (NBS) is expected to release Pension Asset and Membership data today as well as Selected Banking Sector Data for Q4 2019.