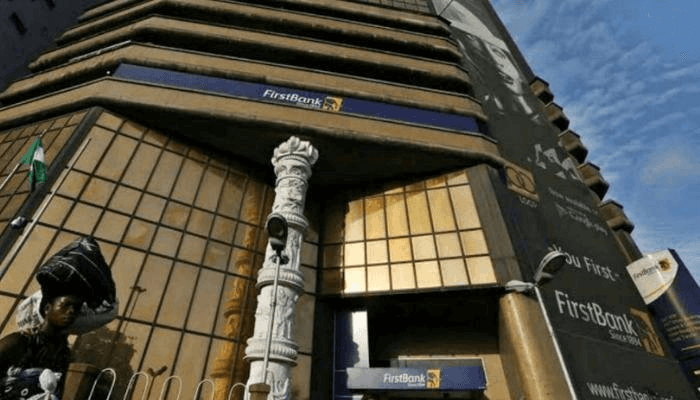 First Bank of Nigeria Limited (FBN), a Nigerian multinational bank and financial services company recently announced that its Firstmonie agents have collectively processed transaction volume in excess of one billion, amounting to over N22 trillion.

According to a press statement by the bank, this was achieved by the provision of convenient banking services that are easily accessible, thereby saving time and travel costs for individuals in the suburbs and remote environments with no access to financial services.

“The Firstmonie agents popularly referred to as the ‘Human ATM’ has been integral to bringing financial services closer to the under-banked and unbanked segment of the society,” the statement read in part.

It adds that they play a critical role in promoting financial inclusion in the country as they are empowered to reduce the reliance on over-the-counter transactions while providing convenient personalised services.

Similarly, Adesola Adeduntan, the chief executive officer at First Bank noted that many more people have been able to undertake various financial and business transactions in cost-effective ways, thereby saving a lot of time and money in travelling over long distances for basic banking services.

“We are delighted by the giant strides of our agents in promoting financial inclusion and commend them for their efforts in taking banking to the doorsteps of Nigerians irrespective of where they are in a very effective way.”

The Firstmonie Agent Banking initiative, introduced in 2017 follows the CBN mandate to make affordable financial products and services available across the country.

The agents, both men, and women, are equipped to carry out services that include account opening; cash deposit; airtime purchase; bills payment; withdrawals, and money transfer.

The bank has also economically empowered thousands of its agents with various schemes. Amongst these schemes is the Agent Credit which has had the bank provide credit facilities to the tune of N238 billion to its teeming Firstmonie agents.

Apart from improving financial inclusion, the initiative has become a very formidable vehicle for job creation and economic development in several communities across the country, as more than 500,000 direct jobs and indirect jobs have been created, with an agent earning an average monthly commission income of N70, 000.

“Over 35, 000 of our agents are women, enabling us to drive gender-inclusive growth within rural communities. And over two million individuals have been economically impacted via the jobs created,” Adeduntan said.

He also emphasised that over N56 billion has been paid to agents as commission over the last four years, with the attendant multiplier effect on rural communities. “More than 50 percent of the agents are in the rural areas, contributing significantly to the development of the rural economy.”

Aliu Adeleye, a Lagos-based Firstmonie agent, narrated how people have come to support and patronise the scheme, stressing that business improved when he added ‘mobile banking transactions using the Firstmonie platform.

“This place is heavily buzzing with transactions, especially in the evenings when the banking halls are already closed. Presently we have about six other locations because of the demands, and they are all doing well,” Adeleye said.

Surajudeen Adebisi, another FirstMonie agent from Ogun State noted that people are already lined up by 7am, even when he opens by 8am.

“There are over two hundred customers trying to transfer money and over a thousand trying to collect money. If I look at our database, I am convinced that we can beat some of the banks.”