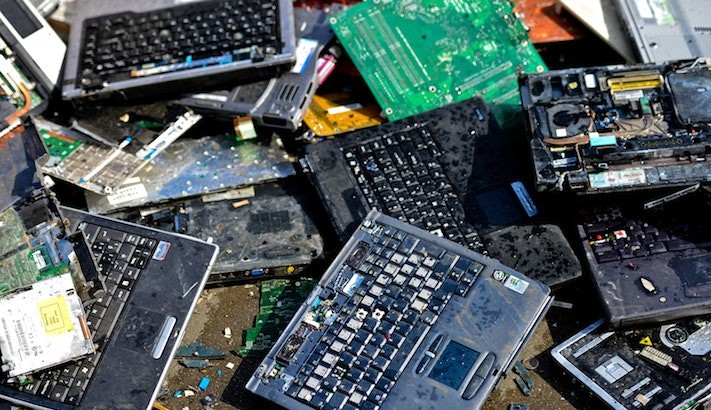 Effective and binding action is urgently required to protect the millions of children, adolescents and expectant mothers worldwide whose health is endangered by the informal processing of discarded electronic devices, a new ground-breaking report from the World Health Organization has warned.

As many as 12.9 million women are working in the informal waste sector, which potentially exposes them to toxic e-waste and puts them and their unborn children at risk.

Meanwhile more than 18 million children and adolescents, some as young as 5 years of age, are actively engaged in the informal industrial sector, of which waste processing is a sub-sector.

Children are often engaged by parents or caregivers in e-waste recycling because their small hands are more dexterous than those of adults.

Other children live, go to school and play near e-waste recycling centres where high levels of toxic chemicals, mostly lead and mercury, can damage their intellectual abilities

“With mounting volumes of production and disposal, the world faces what one recent international forum described as a mounting ‘tsunami of e-waste’, putting lives and health at risk.” said Dr Tedros Adhanom Ghebreyesus, WHO Director-General. “In the same way the world has rallied to protect the seas and their ecosystems from plastic and microplastic pollution, we need to rally to protect our most valuable resource, the health of our children, from the growing threat of e-waste.”

Children exposed to e-waste are particularly vulnerable to the toxic chemicals they contain due to their smaller size, less developed organs and rapid rate of growth and development.

They absorb more pollutants relative to their size and are less able to metabolize or eradicate toxic substances from their bodies.

Impact of e-waste on human health

Workers, aiming to recover valuable materials such as copper and gold, are at risk of exposure to over 1,000 harmful substances, including lead, mercury, nickel, brominated flame retardants and polycyclic aromatic hydrocarbons (PAHs).

For an expectant mother, exposure to toxic e-waste can affect the health and development of her unborn child for the rest of its life. Potential adverse health effects include negative birth outcomes, such as stillbirth and premature births, as well as low birth weight and length.

Other adverse child health impacts linked to e-waste include changes in lung function, respiratory and respiratory effects, DNA damage, impaired thyroid function and increased risk of some chronic diseases later in life, such as cancer and cardiovascular disease.

“A child who eats just one chicken egg from Agbogbloshie, a waste site in Ghana, will absorb 220 times the European Food Safety Authority daily limit for intake of chlorinated dioxins,” said Marie-Noel Brune Drisse, the lead WHO author on the report.

“Improper e-waste management is the cause. This is a rising issue that many countries do not recognize yet as a health problem. If they do not act now, its impacts will have a devastating health effect on children and lay a heavy burden on the health sector in the years to come.”

E-waste volumes are surging globally. According to the Global E-waste Statistics Partnership (GESP), they grew by 21 percent in the five years up to 2019, when 53.6 million metric tonnes of e-waste were generated.

Last year’s e-waste weighed as much as 350 cruise ships placed end to end to form a line 125 km long. This growth is projected to continue as the use of computers, mobile phones and other electronics continues to expand, alongside their rapid obsolescence.

Only 17.4 percent of e-waste produced in 2019 reached formal management or recycling facilities, according to the most recent GESP estimates, the rest was illegally dumped, overwhelmingly in low- or middle-income countries, where it is recycled by informal workers.

Appropriate collection and recycling of e-waste is key to protect the environment and reduce climate emissions. In 2019, the GESP found that the 17.4 percent of e-waste that was collected and appropriately recycled prevented as much as 15 million tonnes of carbon dioxide equivalents from being released into the environment.