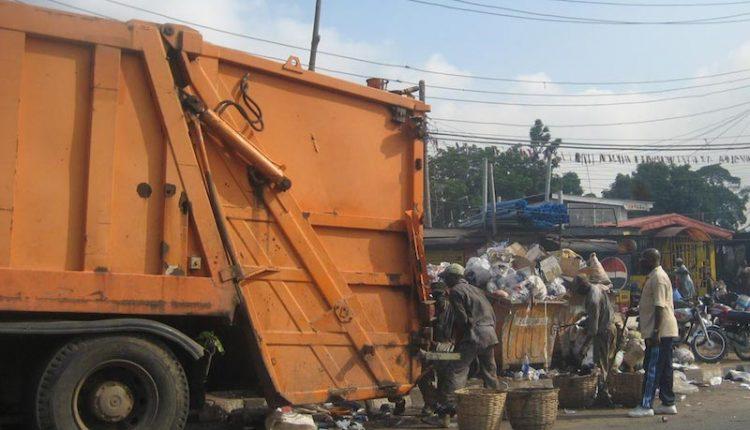 Once upon a time, Lagos State, which is now known as Nigeria’s economic hub, was known as Nigeria’s dirtiest city because of poor waste management. Between the periods of 1999 to 2000, if one said Lagos was a hub for waste, he would be right because of the enormous pile of refuse found on roads, streets corners, drainages, under bridges in many locations within the metropolis.

About 19 years later, despite efforts by the government to improve the environment  through effective management of waste, citizens are torn between whether it is making progress or not as household wastes are continually found everywhere across the state.

It is no longer news that indiscriminate dumping of waste has been a major problem in Lagos State, a state with the highest urban population of about 22 million people, and that keeps growing daily.

Commuting from Ikorodu to Apapa, one will always sight wastes of different volumes dumped indiscriminately on the roads. The kerbs too are not excluded as they are the major spots for dumping refuse around the state, BDSUNDAY observed around Marina, Area B Barracks and Point Road, both in Apapa.

The situation is the same within the environs of Leventis to CMS. Some of the wastes are now beginning to find their way into nearby Lagoon.

At Airways Bus Stop in Apapa, a huge pile of waste has been threatening businesses and lives for over three months now, according to a source who spoke anonymously. The source who sells engine oil at the bus stop, said the waste management agency went there to clear up the refuse after a call was put across to them and have not shown up afterwards.

“For the over three months, this waste has been here. There was a time we called them, they came, and since then, three months now, we have not seen them,” he said. “This thing affects us here, but what can we do,” he asked, sounding helpless.

Confirming what the man said, another lady who sells local gin around the area also said that there was a time the waste was cleared up, but that people have turned the spot to a dumping site, adding that the situation has been there for long.

“The waste has been there. People have turned this place to a dumping ground now. They came to carry the waste once, but since then we have not seen them again,” she said, and quickly stopped talking as soon she noticed this reporter was taking notes.

At Ajumoni Central Mosque, opposite Flour Mills of Nigeria, (FMN, after Airways Bus Stop, the situation was quite different because, the waste there, combined with human feaces and urine polluted the environment more, BDSUNDAY gathered.

But one Muslim faithful found sitting on a pavement in front of the mosque blamed it on the people, saying it has been the current behaviour as it is everywhere in the state. “That is how our people are behaving now. Everywhere in Lagos, indiscriminate dumping of waste is now common. Not only this place alone,” said the Muslim faithful.

Speaking to BDSUNDAY, Saheed Olowolagba, chairman, Drivers Association, Apapa Ward D, stated that people go back to dumping dirt at the location at night after it has been cleared.

“The waste management people come to pack the dirt. But the people coming from the port at midnight are the ones that dump refuse there”, he said.

“They have been able to pack it twice now. There was a day I spent a night at this place, trying to see those who dump refuse here. No one showed up. The second day, I went home and when I returned, there was waste everywhere.

“This one has been here for days and they have not come to clear it. They said I should always come and tell them,” Olowolagba said.

Based on records, Lagos State generates more than 10,000 tons of waste every day, with the per capita waste generation pegged at 0.5 kg per day.

Consequently, years back, the government came up with a waste regulatory system known as the Lagos State Refuse Disposal Board (LSRDB), which was instituted under Edict No. 9 of 1977. This system was named the first of its kind to emanate from West Africa.

At the time, the Board was given the responsibilities of environmental sanitation and domestic refuse collection and disposal in the state. But it however went through a series of changes to become the Lagos Waste Management Authority (LAWMA) as we know today with additional responsibilities.

For instance, it was renamed the Lagos State Waste Management Authority through the enactment of a new Law, Edict No. 55 of 1991, which bestowed on it additional responsibilities for the collection and disposal of municipal and industrial wastes as well as provision of commercial waste services to the State and Local Governments of Lagos State.

It further evolved by virtue of the LAWMA Law of 2007,which further accrued to it more responsibilities ranging from management of commercial, industrial, and medical waste streams, highway sanitation, cleaning of drainage and other water bodies, to construction and demolition waste management, among others.

As a Lagos State government body responsible for managing waste generated in Lagos state through a waste collection, transportation and disposal structure; LAWMA works closely with the Lagos State Ministry of Environment and has initiated reforms regarding collection of waste bills and also aims to increase waste recycling.

Since establishment, LAWMA has been executing its responsibilities. As a government regulatory body, it also regulates the operations of Private Sector Participants, popularly knows PSP, who provide services in the waste management chain.

But problem in the waste management sector began when the government introduced a new waste management policy, which was not in favour of the PSPs, and ultimately sacked them from collecting residential waste. Despite the investment of the PSPs in the sector (as claimed by a PSP operator Michael Olamilekan in a Vanguard interview), they were replaced with Visionscape by Akinwunmi Ambode’s administration.

Visionscape however struggled with the responsibilities of collecting waste in the state, despite being strongly recommended by the governor Ambode. So, refuse began to pile up on streets and major roads. Till now, waste evacuation has been a hard nut to crack.

Although Ambode argued that the Cleaner Lagos Initiative (CLI) was aimed at bringing new investors into the sector, which would relieve the government of the need to introduce a new tax regime, Dola Ogunlusi, chairman of Community Development, Amuo Odofin LGA, who spoke to BDSUNDAY, blamed the government in part for waste mismanagement evidenced by the refuse heaps on roads.

“The government made a mistake by allowing the PSP to vacate their operation when Visionscape has not practically taken off. That is what is creating the problem. The gap created when the PSP left, and the shortcoming of visionscape is what we are seeing now.

“There was a little confusion when the government introduced Visionscape, and sacked the Private Sector Participation (PSP),” said Ogunlusi.

Ogunlusi, who is also a journalist, said that the government did not do its homework well before bringing in Visionscape.

The state of things

Speaking to BDSUNDAY, Obinna Oyenali, public relations officer, LAWMA, said the agancy is intensifying efforts at carting away waste, saying that its intervention programme is on-going, and that they are currently going round the state and addressing challenges where they have them.

He further said that given that PSPs have been mandated to go back to what they were doing before, all hands are on deck to ensure that there is no waste in all parts of the state. “We are redoubling our efforts to ensure that waste is cleared across the state,” he said.

The challenges in waste management in Apapa

“The problem we have in Apapa is the tankers packed everywhere. They really hampered our efforts to clean up those areas. Notwithstanding, we are doing our best to ensure that waste in Apapa is cleared. Our waste collectors are still there to cart away the waste. We normally receive complaints from residents and we respond to them,” Onyenali told BDSUNDAY.

He also said residents’ indiscriminate dumping of waste was another challenge the waste management body is trying to address.

“The issue of residence going to dump waste indiscriminately is one challenge we are trying to address. We are appealing to their conscience not to dump their waste at inappropriate places, because the waste collectors cannot go and pack their waste and you still keep dumping it. It rubbishes the whole process.

Abule Ado: A day of death, fury and losses

How Sokoto children are abandoned by their parents and…