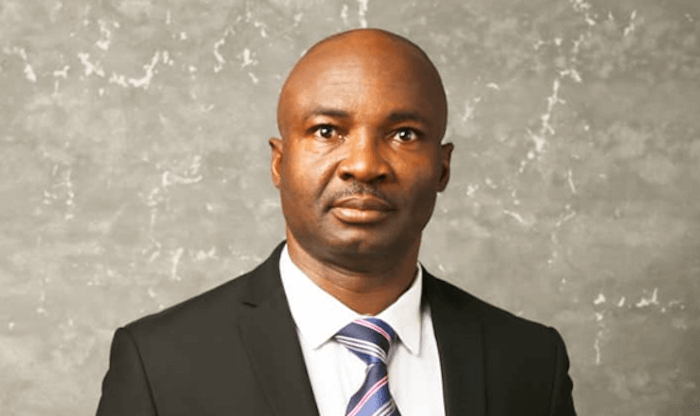 He is a financial expert, chartered accountant, and business manager with over 20 years combined experience in these fields.

He is a graduate of Environmental Economics from the University of Calabar and has a diploma and an MSc in Banking and Finance in addition to an MBA in Management.

Rufus started his career in Accounting at the defunct SIO Industries and moved on to work as a credit risk officer, and then manager at a number of notable banks, including the defunct Savannah Bank, Centrepoint Bank, and Unity Bank.

Today, he is building a company that is set to become one of the smartest in the agritech sector in Africa’s biggest economy.

Rufus says Voriancorelli was established to solve market linkage problems in the food sector in Nigeria.

According to him, the firm is determined to solve structural imbalances in the sector which inhibits growth. He lists these problems to include: unfair pricing regime, inefficiency, and lack of transparency in the distribution processes.

On how Voriancorreli proffers solutions to agritech sector, he says the company developed a platform that connects all the dots in the food sector nicely and efficiently.

“We match buyers with sellers and connect investors, financial institutions, and logistics partners with the relevant players. This platform removes ‘working in silos’ by key players and encourages synergy,” he says.

He targets farmers and food processors, linking both parties to ensure that while food processors run at nearly 100 percent of the installed capacity, the farmers also get fair value for their hard work.

“In doing this, businesses are created for all individuals and companies that provide aid to trade in the agriculture sector. These entities include logistic companies, insurers, certifiers, and commodity aggregators.”

He explains that what the company is bringing to the market is non-existent anywhere at the moment. For him, it is bigger and huge because of its capacity to transform the sector and help all parties in the value chain get value for money.

“So, it is not the question of getting cheaper services. It is that the solution was just not there before now.

We have brought a disruptive solution that will change completely the way things are done in the sector. It is a total paradigm shift,” he says.

Rufus says Voriancorreli is proving that technology can work in Nigeria and elsewhere.

“You know, people kept on saying that tech-based solutions cannot thrive in this part of the world,” he notes.

“This negates available facts. It may interest you to note that the largest subsidy programme is ever done in West Africa (which was done under the administration of Goodluck Jonathan) which was coordinated by Bolaji Akinboro (chairman of Voriancorelli), was tech-based,” he says.

He says his firm’s solution was built recognising all the tech gaps in the Nigerian system and off the back of a programme that proves success is possible.

He points out that the solution is brought into the market by Voriancorreli is different from what has seen elsewhere.

The intrapreneur calls it “blue ocean strategy solution,” saying that his firm is not in the market to compete but to offer the market what was never there before.

Rufus believes that when a company solves a fundamental problem in any economy, the only likely result is that it will go home with unprecedented financial fortunes.

He says Voriancorreli is in the market to solve a problem, and by doing so, it will become a billion-dollar business of the merit of the problem it solves.

On smallholder farmers, Rufus says the problem in funding farming in Nigeria is fundamental. He explains that there are issues of process gap, poor credit culture, and wrong ideology.

“These collectively make it almost impossible for all the intervention programmes of government at various levels and at different times to produce the expected result,” he notes.

“What our platform does is to solve these problems by effective and efficient processes that connect all the players the right way. The result will be that farmers will have access to funds and the lenders will be sure of the safety of their funds,” he assures.

On what next to expect from Voriancorelli, Rufus says innovation is in the company’s DNA, adding that it has a vision to see a Nigeria that can feed itself.

“So, we will continue to innovate and bring solutions that will suit the system at every time as the system is dynamic. Therefore, expect more disruptive moves from VC team soonest.”

What entrepreneurs can learn from Giuliano Gigliotti

Why NEPC is desirous of promoting development of SME exporters

How Ayeni Ekundayo is digitalising marketing