Entrepreneurship in the eyes of the world 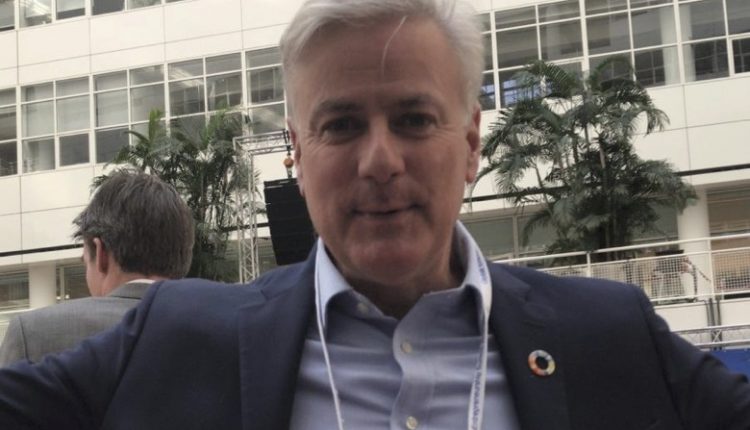 The world sees entrepreneurship as an integral part of humanity. Writers and opinion leaders view entrepreneurship differently, but one major area of convergence is that it cannot be divorced from innovation and creativity.

For Joseph Schumpeter, an Austrian economist, entrepreneurs create, get things done, and exercise their energy and ingenuity.

At the pre- Global Entrepreneurship Summit reporting tour organised by the Washington D.C.-based Foreign Press Center in the United States of America’s capital and Chicago, entrepreneurs and innovation teachers gave their views on how businesses could scale up.

John Dearie, founder and president of Center for American Entrepreneurship, entrepreneurship meant to undertake, launch and begin. He explained that the major problem was the scale of decline of entrepreneurship across the world, especially in the U.S. where formation of new businesses was down 100,000 annually.

He said entrepreneurs now complained about slow commercialisation of innovation, inadequate skills, non-competitive immigration policies, over-regulation and poor access to capital. He pointed out that the world’s entrepreneurship ecosystem might not make much progress if new businesses were stifled from accessing growth capital.

For Dee Claxton, director, Washington DC Women’s Business Center, one major thing the world must do would be to free cheap capital for innovators and entrepreneurs.

“One of the most common challenges we hear from our clients is access to capital,” she said.

Mathew Moog, chief executive of PowerReviews, a leading provider of customer review technology to more than 1,000 brands and retailers in the United States of America, said entrepreneurship was about resilience in the face of challenges.

He said business owners often made the mistake of concentrating on raising money and spending it, rather than getting customers and retaining them

He frowned at entrepreneurs setting up companies with the intention of selling them after few years, stressing that it was a bad business model.

“Build a business to make money, not to sell it,” he said.

Jonathan Ortmans President, Global Entrepreneurship Network (GEN), a platform of programmes and initiatives to help new firms start and scale within one global entrepreneurial ecosystem, explained the changing dynamics of entrepreneurship across the world.

Ortmans, whose GEN operates in170 countries to help entrepreneurs unleash their ideas and turn them into promising new ventures, said there was a need to create more new businesses.

“The question is, how do we get more people to try to figure out how to test new ideas?” he asked.

He said there was a new normal of digital disruption, pointing to Uber and Airbnb as tips of the iceberg for disruption of business models of traditional industries.

“City and state policy makers around the world are caught off guard in understanding the regulatory quandaries and policy implications of dramatic innovation,” he said.

He highlighted that there was also an intensive global demand for new economic growth and job creation.

He, however, said there were more opportunities for entrepreneurs across the world now as start-up costs became less and customers more open to new solutions.

“You no longer need to cozy up to media because social media is free,” he said.

“Again, the whole world is now your market and networks are free, meaning you no longer need marketing firms,” he added.

“When we started our company in 1980s, we never cared about the other guy,” he said.

Ortamns said entrepreneurs, especially in developing countries like Nigeria, must be the actual leaders.

He said access to capital was not the biggest problem facing entrepreneurs.

“Every politician says ‘access to capital’ because it is popular and easy to understand.

“But from the beginning of start-ups, what they want to do is to test the market,” he advised.

At the GES proper held in the Hague, the Netherlands, entrepreneurs and global leaders continued to explain why innovation must take pre-eminence in new businesses.

Tequila Harris, an associate professor in Georgia W. Woodruff School of Mechanical Engineering, said entrepreneurs must not be stuck in their old ways of doing things as doing that would be costly.

“You need to keep learning and innovating to stay afloat. If you are stuck in the old ways, you will be left behind,” she said.

“Dare to dare, including failure. Claim your space and go for it,” Kaag said.

The African SME: Investing in women

‘SMEs must adapt their business models to workable models to survive’