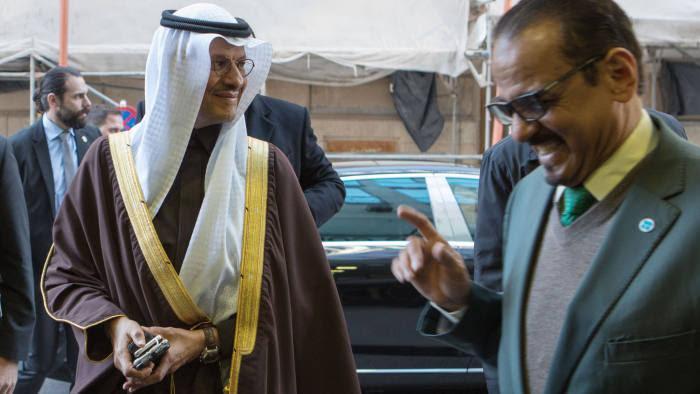 But Moscow is better positioned than most to weather low prices.

It is Saudi Arabia’s OPEC peers like Nigeria and Iran that economically vulnerable that will suffer more from a collapse of the oil alliance.

One indicator of the risk to each country is the price per barrel that each producer needs in order to meet spending requirements while balancing the national budget.

Iran, for example, which has been battered by US sanctions, would theoretically need prices of $195 a barrel to balance its spending, according to IMF data, while Algeria requires $109 a barrel.

Even Gulf economies that have deeper financial reserves, are not immune to the shock. The UAE requires $70 a barrel to break even while Saudi Arabia needs prices in the region of $83.

With crude now at $36 a barrel, it means OPEC members may need to dip into foreign exchange reserves, increase domestic oil prices to boost revenue or borrow to survive.

Currency movements, depending on how barrels are priced, can also impact how countries cope but the implications for Saudi Arabia’s one time oil allies will be severe across the board.

The last oil price crash in 2014 sent Nigeria, Africa’s biggest producer into a recession from which it is still recovering. Zainab Ahmed, Nigeria’s finance minister said Monday the government would need to slash its budget for 2020, which was based on an average oil price of $57.

It could also force a much-needed devaluation of the naira, according to Charles Robertson, chief economist at Renaissance Capital.

The central bank has spent billions of dollars propping up the local currency since 2017, and will be under significant pressure to depreciate if oil prices remain so low, he said.

The economic effect could be worse in Angola, where president Jao Lourenco has sought to use Africa’s largest IMF programme to boost non-oil revenues and reform its currency.

“Angola is going to be even more dependent on IMF good will as the economy faces another deep trough this year, said Alex Vines, an Angolan expert and head of the African programme at Chatham House, a think-tank.