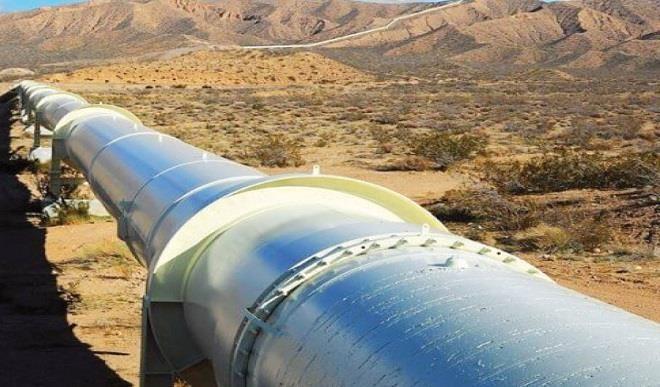 The quest by the Federal Government to augment power generation in the northern part of the country is been giving a boost, as President Muhammadu Buhari is set to flag off the construction of the $2.8 billion Ajaokuta-Kaduna-Kano (AKK), National Gas Pipeline Project on Tuesday.

The project which is the phase one of a Trans-Saharan Gas Line linking Nigeria to North Africa, on completion will be supplying gas to three new power plants to be built in Abuja, Kaduna, and Kano, respectively, under the project.

Femi Adesina, spoke-person to the president on Media, who confirmed the development on his Facebook page, weekend, disclosed that the new power plant to be established in Abuja will be generating 1,350MW, while, the one to be sited in Kaduna produce 900MW, and one in Kano, 1,350MW

He stated that the project is scheduled to take place in Ajaokuta in Kogi State, and Rigachikun in Kaduna State, expected to boost domestic gas consumption, power generation, as well as industrialization in the country.

“Buhari is doing great things, which will pedestal him in the pantheon of great Nigerian leaders. And now, he has struck again.

“He is kicking off the AKK pipeline project, which will carry gas between the southern and northern parts of the country. The project will eventually extend to North Africa.

“The Nigerian National Petroleum Corporation (NNPC) initially announced tenders for the project in July 2013. A project proposal was submitted to the Infrastructure Concession Regulatory Commission ( ICRC) in June 2017 and the Federal Executive Council granted approval in December 2017”, he explained

According to him, the 614 kilometers national gas pipeline is Phase One of the Trans-Nigeria Gas Pipeline (TNGP) project, to be done on build and transfer public-private-partnership.

He added that it will transport 3,500 million metric standard cubic feet per day of dehydrated gas from several gas gathering projects located in southern Nigeria, noting that the project will be in three phases.

“The project will eventually reach North Africa in subsequent phases. What will the AKK pipeline project do for Nigeria, includes creating a steady and guaranteed gas supply network between the North and South, that will enhance power generation capacity.

“The industrial sector will be strengthened as the usage of local gas will be promoted and increased, and the country’s revenue generation boosted through export of natural gas”, Adesina further explained.