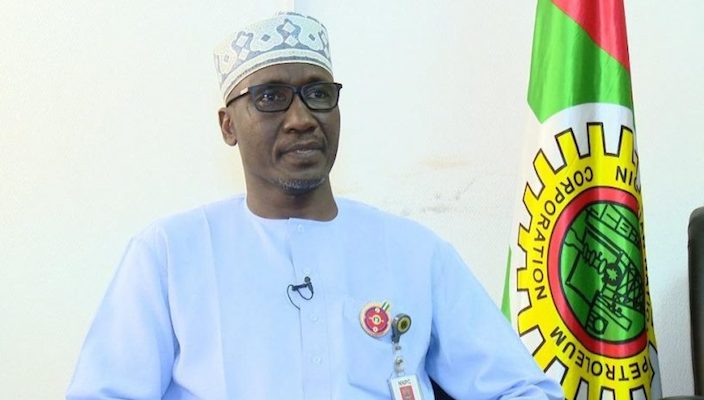 Kyari stated this during the weekly media briefing organised by the Presidential Communication Team at the State House, Abuja, on Thursday.

According to the GMD, the NNPC pays between N100 billion and N120 billion a month to keep the pump price at the current levels, stressing that it was time market forces was allowed to determine the pump price of petrol in the country.

According to Kyari, whereas the landing cost of petrol is N234 per litre, the corporation sells the product at N162 per litre at its filling stations. He said Nigerians currently consume about 60 million litres of petrol daily and that the NNPC imports 100 percent of the product due to the inability of oil marketers to access foreign exchange

He disclosed that President Muhammadu Buhari has given a mandate to the NNPC to workout appropriate mechanism for appropriate pricing, adding that the corporation was negotiating with labour unions and civil society organisations.

“Today, NNPC is the sole importer of fuel. Looking at the current price situation, the market price could have been between N211 and N234 per litre. The meaning of this to us is that the consumers are not paying for the full value of the PMS that we are consuming and therefore the NNPC is bearing that cost.

“As at today, I can confirm to you that the NNPC may no longer be in a position to carry that cost.

Plans by the government to increase the price of petrol to N145 per litre and full deregulation met with stiff resistance from the organised labour, trade unions and the civil societies leading to an engagement between the NNPC and organised labour

The dispute had prevented the implementation of the appropriate pricing of the petroleum product at the time.

Kyari said the government was continuing its engagements with the trade unions with the objective of ensuring full implementation of the deregulation policy.

“The engagement is actually not to prevent the implementation but to make sure that there is sufficient framework on ground to ensure that consumers pay for the actual price of this product and that they are not exploited.

“Secondly, it is to also put some relief such that the potential effects of the fuel price increase are not transferred to the ordinary people. Part of this is to deepen the autogas programme. With the autogas programme, we will be able to deliver alternative fuel for vehicles including Keke Napep, so that the price per litre equivalent will probably be half of the PMS at its current price.” So as we speak today, I will not say that we are in a subsidy regime but we are in a situation where we are trying to exit the underpriced sale of PMS until we come to the full value of the product in the market,” he said.