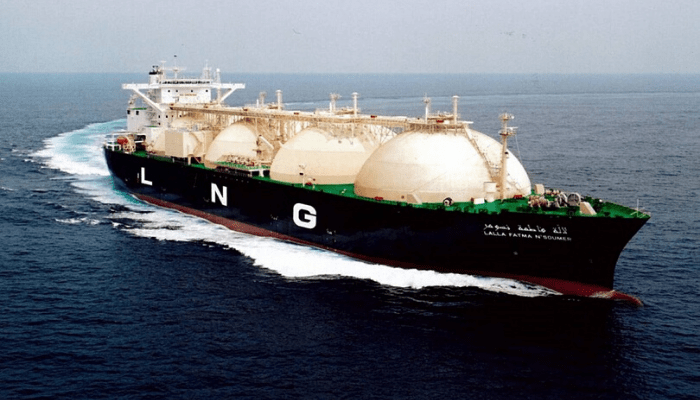 While the shareholders of the Nigeria Liquefied Natural Gas Limited have almost concluded plans to put in place train 7 that will lift its total production capacity to about 30 million metric ton per annum (mpta) experts are saying that global demand for natural gas will fall by 2 per cent this year.

This is because commercial and industrial demand for natural gas is declining as most countries around the world impose lockdowns to limit the spread of the Covid-19 pandemic. Rystad Energy estimates global natural gas demand to fall by almost 2percent this year as a result of the lower activity.

Rystad Energy said like oil demand, gas demand is also expected to suffer as a result of the slowdown. However, low prices are shielding gas demand to some extent as the fuel remains more competitive than other sources of energy, especially in the power sector where gas use remains relatively stable in most countries.

“2020 will be the first year since 2009 where there will be no growth in consumption. This will be a hard blow for an industry accustomed to yearly growth rates of more than 3percent says Rystad Energy’s Head of Gas and Power Markets Carlos Torres-Diaz.

The impact on gas demand has varied substantially from country to country depending on the severity of lockdown measures and factors such as the power mix and industrial activity. Countries with the capacity to switch from coal to gas will see less effect from the demand drop.

Italy is one of the countries that have been the most affected by Covid-19, and as a result, the government decided to impose a strict lockdown starting in the beginning of March. The average loss in gas demand from the power and industrial sectors has been a staggering 23% over the duration of the lockdown.

Other European countries have seen similar effects, with the International Energy Agency estimating a total loss in weather-adjusted gas demand of 25percent in France and 19 percent in the UK.

Shell Gas B.V., a subsidiary of Royal Dutch Shell plc, has stated that all conditions for its Final Investment Decision (FID) on a new LNG processing unit at Nigeria LNG (NLNG) has now been met.

These conditions included formal commitment from the organisations providing financing for the project. Subsequent to the FID, NLNG has announced awards of engineering, procurement and construction (EPC) contracts.

“While remaining mindful of prevailing macro-economic challenges, Shell continues to see NLNG as a great resource that can deliver value to the people of Nigeria and investors alike. This decision is consistent with our long-term strategy and our disciplined approach to capital investment,” said Maarten Wetselaar, Shell’s Integrated Gas and New Energies Director.

“The new LNG processing unit will be funded by NLNG without shareholder loans or shareholder equity requirements. The project cost is therefore not reported as part of Shell’s overall capital expenditure.

The execution of the EPC Contracts now triggers the commencement of the Detail Design and Construction phase of the Project expected to increase the capacity of NLNG’s current six-train plant by 35percent from the extant 22 Million Tonnes Per Annum (MTPA) to 30 MTPA.

Pandemic viruses usually spread for about 6 to 18 months-Anjorin

Caverton off the hook as Rivers withdraws charges against two pilots, 10 passengers