IMO 2020: How Nigeria, OPEC, shipping companies are faring so far 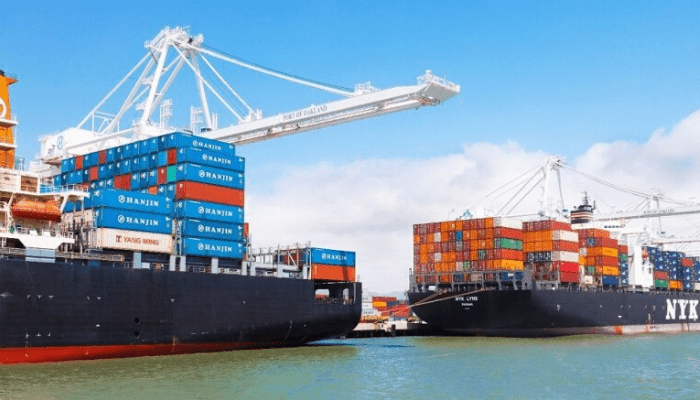 Compliance with the biggest shake-up to the oil and shipping industry in decades has recorded mixed reactions for shipping companies, Nigeria and the Organisation of Petroleum Exporting Countries (OPEC).

The new International Maritime Organisation (IMO) rules which kicked off January 1 prohibits ships from using fuels containing more than 0.5 per cent sulphur, compared with 3.5 per cent through the end of December, unless they are equipped with exhaust-cleaning scrubbers.

For some of the world’s biggest oil producers, the new rules coming into force represent a source of great concern while for others, it’s an opportunity to grow oil revenue.

Steve Jones founding director at Energex partners said Nigeria’s grade of crude oil (sweet crude) currently have a high demand in the export market due to its low Sulphur content.

“Further to the current undesirable state for the marketers, they may have to suffer thinner margins from the expected increase in associated shipping costs following the new IMO shipping fuel rule,” CardinalStone said.

Middle Eastern oil producers such as OPEC are likely to lose out given their over-reliance on crude with high sulphur content.

The second-largest reduction came from the group’s second-biggest producer: Iraq. The output is estimated to have fallen 68,000 bpd to 4.5 Mmbpd. Meanwhile, Kuwait recorded a loss of 44,000 bpd in January, to average 2.6 Mmbpd.

According to sources, shippers are responding to it by employing LNG-propelled vessels,  using Low Sulfur Fuel Oil (LSFO) or refining High Sulfur Fuel Oil (HSFO) with a scrubber (a system used to remove particulate matter and harmful components, such as sulphur oxides and nitrogen oxides ).

With the price of LSFO soaring this year, shippers using the refining HSFO method are currently succeeding in reducing fuel costs to a large extent and those that adopted the LSFO are choosing to use scrubbers in a hurry. LNG-propelled vessels, in the meantime, are emerging as the most effective long-term measure against the environmental regulations.

Peter Sand, chief shipping analyst at the largest of the international shipping associations representing shipowners BIMCO told S&P Global Platts that the shipping industry has been riddled with market uncertainty in recent months, but the bunker sales in the port of Singapore provide one of the first readings as to how the industry has transitioned into compliance with the IMO2020 regulation.

Singapore is globally the largest bunkering hub and is located along one of the world’s busiest waterways, with close to 1,000 ships anchored there at any given time. A ship calls at Singapore port every two to three minutes, bringing the total to around 130,000 ships a year and making its performance-critical for bunkering and shipping industries.

“We have now surpassed the first wave of IMO2020 and hopefully the accompanying market uncertainty will diminish as we proceed into 2020,” Sand said.

The International Maritime Organisation said in a statement that the transition to its global sulfur limit rule for marine fuels have been “relatively smooth.”