Gas flaring companies may lose licence, as FG says no going back on 2020 deadline 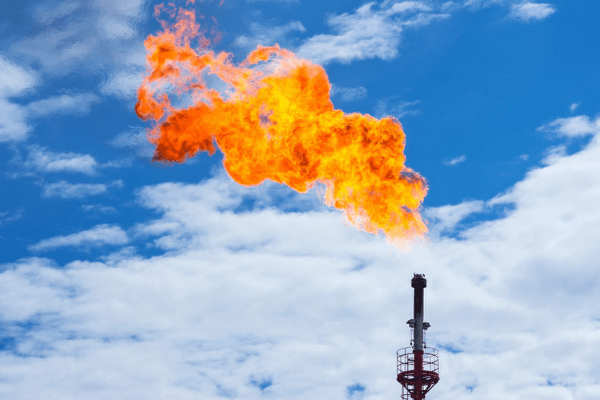 Share
Gas flaring companies in Nigeria may soon lose their operating licences, as the Federal Government says it is set to withdraw licences of operating oil firms who are not willing to abide by its 2020 targets of stopping gas flaring in Nigeria.
Emmanuel Ibeh Kachikwu, Nigeria’s deputy minister of petroleum resources, gave the information on Thursday at ‘Nigeria Gas Flare Commercialisation Programme, organised by his office to give an updates on the gas flare commercialisation’s efforts, while evaluating the journey so far.
‎According to Kachikwu, “The 2020 deadline is the aspirations we have set for ourselves. However, we have the 2030 United Nation’s deadline. We have commenced quite a number of programmes even before the United Nation’s target of 2030.”
The minister said, “After 2020, the issue of flare will not just be issue of penalty, but it would be issue of licence operations, and whether or not affected companies would be allowed to operate.
“Like I said, there is a sudden realisation th‎at we are serious about addressing gas flaring concerns. We are going to move on and insist on perfecting our plans and the 2020 target is our aspirations.”
Commending the efforts of big oil firms, Kachukwu said, “Some of the oil firms had contacted us, those of them who are not involved in the bidding process, had informed us seeking permission to exit flaring using third party systems. The balance of what has not been exempted is the one that is up for the bids.
“Most of the big oil firms are using third party procedures to address concerns of flaring. It is a journey that we are determined to succeed in, and we are already making appreciable progress. Remember, the United Nations gave us 2030 targets, but we are using 2020. What is important for us is the 10-year differentials.”
Speaking further on penetration in the country, Kachikwu decried the poor infrastructure, but explained that there were already ongoing efforts in that regard.
“We are setting up LPG penetration distributions. They are the one to set up their distribution points and link up with manufacturers to cover a systemic area, and this would bring about lots of jobs for the country, particularly from Southern to Northern part of the country,” he said.
Also speaking, Rabiu Suleiman, who heads government’s gas flare commercialisation programme, said, “Over 800 Expression of Interest has been obtained from interested firms with 176 flare points in the country, already identified and bided for.”
‎The Nigerian government is making efforts to address concerns of gas flaring. It would be noted that a critical aspect of ‘7 big win number 3, which is gas revolution intends to reduce gas flaring by harnessing flare gas to stimulate economic growth, drive investments and provide jobs in the Niger Delta through the utilisation of available innovative technologies.
The Federal Government included gas flare reduction as a key national greenhouse gas emissions mitigations in its nationally determined contributions under the United Nations Framework Convention on climate change, and the Federal Executive Council in June 2016, approved the Nigerian Gas Flare Commercialisation Programme (NGFCP).
The programme, the Federal Government said would reduce Nigeria’s CO2 emissions by approximately 13 million tons per year, which would be monetised under an emission credits – carbon sale programme.