Explainer: Glencore and its bribery saga in Nigeria (1) 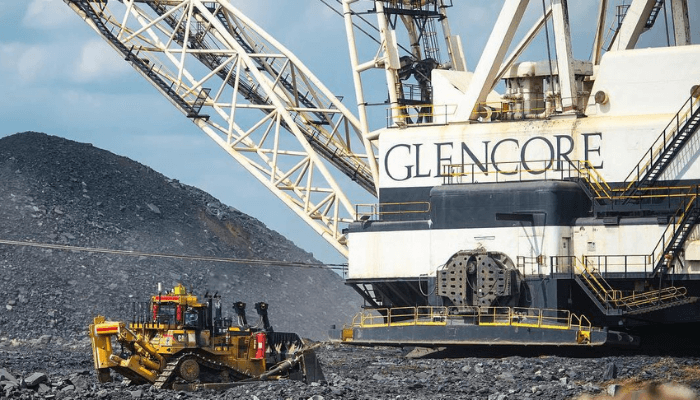 Glencore, an Anglo-Swiss multinational commodity trading company with headquarters in Switzerland, is one of the oil traders that has been lifting Nigeria’s crude oil under shady contracts since 2017.

Crude oil lifting occurs when petroleum produced from the field and has been stored in a floating production and storage unit is moved to one or more oceangoing vessels.

Glencore as a commodity trader has been accused by some experts of influencing government officials to favour them over other bidders for such contracts.

In addition, Nigeria’s bidding process for licences and contracts in the oil and gas sector is significantly porous due to the greed and individual interest of government officials in the required agencies managing the process.

The bidding process involves the payment of oil and gas companies to explore a country’s acreage (land area) to obtain an oil production licence.

Recently, prosecutors at a London court revealed that Glencore conveyed cash by the way of private jets to pay bribes to Nigerian officials.

In addition, Glencore was said to have paid $26 million through agents and employees to officials of crude oil firms in Nigeria, Cameroon and Ivory Coast between 2011 and 2016.

According to a statement by Ropes and Gray, Nigeria’s entrenched public corruption and terrorist violence continue to plague this nation.

With corrupt leaders and corrupt commodity traders, Africa’s largest economy is faced with shady deals and bribes that dwindle its economy.

The statement said Glencore confessed to paying millions in bribes to Nigerian officials and intermediaries and agreed to cooperate in the US.

In 2017, the Department of Justice’s kleptocracy team seized $145 million in assets, including homes in New York and California that it alleged had been purchased for a Nigerian oil minister using embezzled funds provided by Glencore in exchange for crude oil cargoes

According to a book titled ‘The World for Sale’ by Javier Blas and Jack Farchy, corruption is something that unfortunately “has plagued the commodity industry. There’s a lot of skeletons and most of them will never be surfaced.”

Many commodity traders engage in shady deals with resource-rich countries that are vulnerable, regardless of the consequences.

“One Glencore executive, who was stopped at London’s Heathrow airport with half a million pounds in cash, told us there are countries where bribes are simply not possible, such as Japan and most of Western Europe, but “in China, it was very corrupt,” the authors said.

Ayodele Oni, an energy lawyer and partner at Bloomfield Law Practice, said the bribery saga in Nigeria occurred because corruption had been institutionalised and the law was poorly implemented. “The oil and gas industry internationally has its politics and corruption.”

According to Oni, the law must be applied uniformly, and anyone doing anything untoward should be clear in their mind that the law will be applied without any fear or favour.

Oni added that to curb bribery, there should be equal and uniform enforcement of anti-corruption laws together with the trading and forfeiture of all proceeds of corruption.

“Furthermore, Nigeria should ensure the judiciary does its work well and independently to reduce corrupt leadership, which will then trickle down,” Oni said.

For Etulan Adu, an oil and gas production engineer, the shady deals between Glencore and Nigeria are because of the vulnerability of government officials in terms of corruption.

Read also: Glencore had front row seat to Nigeria’s rot and cashed in

He said, “Due to such loopholes, Glencore could conveniently carry out activities with the aid of agents and get proper execution without any objection or hindrances from the existing structures.

“Imagine trying that in some developed countries, the fact alone that you will be highly prosecuted, plus the level of intelligence to detect such activities, would deter culprits from carrying out such acts.”

Adu said there should be a clear-cut policy to target any lack of transparency within the system. “Prosecute and prosecute to show an example,” he said.

“Nigeria has the laws in place. People who do not follow and are caught should be dealt with,” Adu said. “Even our banking system helps the process.”

According to him, the corrupt practice is diverting the required revenues that are meant for the state to the pockets of individuals.

“We are losing billions of dollars over the years,” Adu said. “Ask yourself what has Nigeria done with all the oil wealth. Most of it sits with private individuals who have worked for the government or are used by government officials.”

Adu advised that Nigeria should implement antitrust and corruption laws, including transparency in bidding and contracting of oil and gas processes managed by the government.