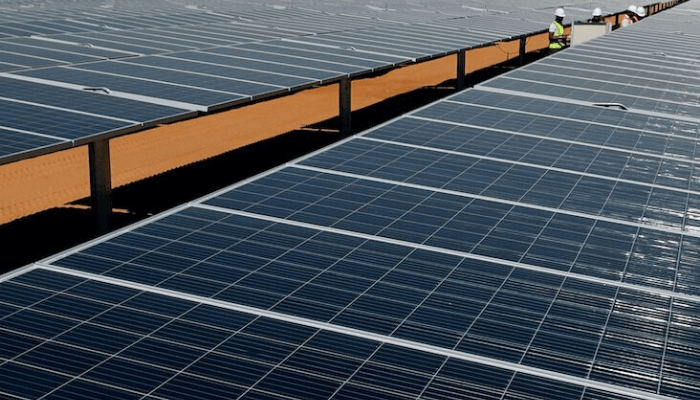 Nigeria is often referred to as the “Giant of Africa” because it is the most populous country in Africa and with her strong economy. Unfortunately, energy access in the country continues to decline especially with the increasing population and her citizens suffer in darkness with little or no access to electricity. It is midnight as I typed this article in my second-floor apartment and predictably there’s no electricity, but the loud and disturbing noise of generator sets all across the street.

Even after the Federal Government of Nigeria privatized the power sector, “UP NEPA” still remains a popular chant amongst Nigerians, whenever the DISCOs restore electricity. It has become a tradition in my country that every household and business owner owns a generator set. While the higher-class people in Nigeria own at least two diesel generators, one for main and the other as a backup; the lower class people own smaller petrol generators especially the very popular “I better pass my neighbor generator”.
I live and work in Lagos city, which is among the largest economies in Africa but that doesn’t guarantee me and every other resident access to reliable electricity from the national grid. Imagine what could be the hope of the several millions of people living in Nigeria’s rural communities, who are off the grid. This obviously reflects the dire energy poverty in my country, with a vast majority well over half of the population having no access to the national grid.

In the past three years, I had traveled to over ten rural communities across the country, and I was amazed at the level of economic activities in all of these un-served communities, with farming being the most common trade with retailing and hospitality among others. Recently rural electrification is gradually on the increase in Nigeria, with solar mini-grids available in communities like GbamuGbamu, Tungajika, Angwarina, Demshin, Baawa, Bisanti, and many others. The Nigeria Electrification Project (NEP) which is an initiative of Rural Electrification Agency (REA), is private sector driven and seeks to provide electricity
access to households, micro, small and medium enterprises in off-grid communities across the country through renewable power sources. NEP is being implemented by the REA in collaboration with the World Bank. REA is a Federal Government Agency saddled with the responsibility of providing electricity to rural communities in Nigeria. A 24KW PV solar-based mini-grid project was commissioned in October 2015 in Bisanti, and in December 2017, I visited Bisanti alongside other World Bank/REA Green MiniGrid Africa Summit delegates, on a tour of the solar mini-grid facility and the community.

Bisanti is a landlocked community near Bida, located in Katcha Local Government Area of Niger State in Nigeria, with an estimated population of about 2,000 people. Interestingly, I still speak with my friend Bala from Bisanti. He is the local resident who operates and manages the mini-grid site and his service has aided the sustainability of the project. Bisanti residents are part of the very small fraction of people in Nigeria, who enjoy reliable access to electricity. Ibrahim Musa who runs a mini-supermarket dubbed the
“Wallmart of Bisanti” doesn’t have to suffer anymore to operate and maintain his diesel generators.
The pace of our development in Nigeria is hindered by the energy poverty we have here in the country. So it’s okay to say, “Energy is Development”. This inspired me to produce an independent documentary project to tell an important story of our energy shift from an impoverished past to a sustainable future.

Through the stories of relevant stakeholders in Nigeria, Beyond The Grid – Nigeria’s Energy Autonomy captures the journey to a decentralized renewable energy future. Following the Nigerian government aim to make reliable electricity available to 90 percent of the population by 2030; with at least a 10 percent share of renewables by 2025, Beyond The Grid follows the deployment of solar mini-grids in un-served rural communities. With innovative ideas and viable technologies accelerating the decentralized renewable energy (DRE) market, Nigeria has an opportunity to look beyond the grid and invest in a faster and sustainable path to energy access. But the question still remains; can Energy Autonomy be the solution
to Nigeria’s long-lasting electricity misfortune?

Adesoji Adeyemi-Adejolu is a Documentary Filmmaker based in Lagos.

Why all finance, account officers in Lagos must be IPSAS-certified, says commissioner