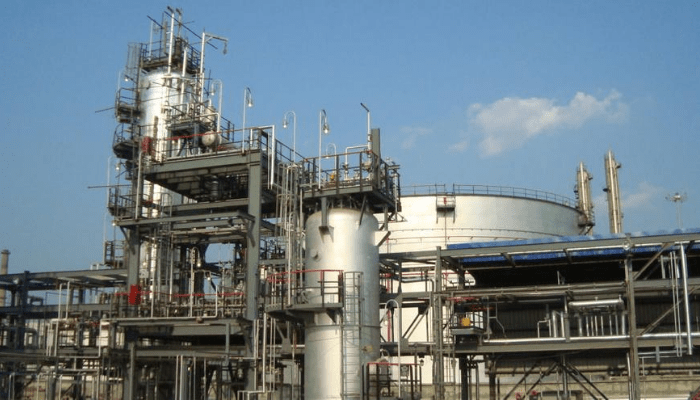 Three modular refineries are set to come on stream before the end of this year providing a capacity to refine over 20,000 barrels per day of crude oil, raising hope that the country could one day cut its import of refined products.

Waltersmith Refining and Petrochemicals modular refinery with a capacity to refine 5000 barrels per day which secured a key equity investment from the Nigerian Content Development and Monitoring Board (NCDMB) is expected to be launched in September this year instead of the second quarter of the year as expected.

The company’s refining business is divided into two phases: Phase 1 is the delivery of 5,000 BPD Modular capacity refinery located near the existing flow station and will process the around 6,000 bpd currently produced by the upstream business to the readily available market in the south-eastern part of Nigeria, the company said.

“It is expected to contribute about 271 million litres of refined products including Diesel, Naptha, HFO, and Kerosene annually to the domestic market and create both direct and indirect jobs particularly within the host communities,” said a statement from the company published on its website.

The second phase is the delivery of 25,000 barrels per day crude and condensate refinery which is an upgrade on the 5,000bpd modular refinery. The project is still at an early stage of development but is designed to produce the following products: gasoline, diesel, LPG, kerosene, and aviation fuel.

OPAC Refinery, being constructed in Delta State, promoted by Pillar Oil Limited, Omsa Limited, and Astek Limited, Is also expected to be completed before the end of the year. The refinery upon completion will be able to process at least seven thousand (7, 000) barrels per day.

Pillar Oil will be supplying about three hundred and fifty thousand (350,000) tonnes of crude per annum to the refinery once the facility begins operations.

OPAC will produce naphtha, kerosene, diesel, and fuel oil fractions upon completion. The refinery will have a storage depot for crude and finished products.

The Niger Delta Petroleum Resources Ltd, 1,000 barrel per day refinery located in Rivers State could see its capacity upgraded to 5,000 barrels per day.

The plant which produces only diesel, in 2014, the company celebrated the 1,000th Diesel Truck Load Out from the Mini Refinery. Currently, an expansion of the plant is ongoing to increase processing capacity to 11,000bpd in 2019, the company said on its website.

In January, BusinessDay’s analysis showed that only three or four out of the 45 refineries approved the Federal Government would be completed. Most of these licenses would expire this year.

All the licenses issued to date have a combined capacity to refine 2.15million barrels of crude oil a day with the hope of turning Nigeria into West Africa’s refining hub and cut billions of naira, spent yearly in importing refined products.

Eighteen of the licenses were classified as active but analysis shows that barely five are can boost of any real work on site. The 650,000 barrels a day Dangote Refinery will not be completed in 2020 as the commissioning date has been pushed to 2021. Thirteen of these licenses have expired and many are still classified as sourcing for funds.

Licenses to Establish issued to Eko Petrochemicals for a 20,000 capacity modular refinery and 24,000 refinery capacity for Kainji Resources have expired since 2017 even if they have FEED approval from the DPR.

Fifteen licences issued to various companies including Sifax, Grifon, Aiteo, Masters Energy and others have since expired but the dream of a completed refinery is yet to be realised.