… Nigeria may produce below unit cost 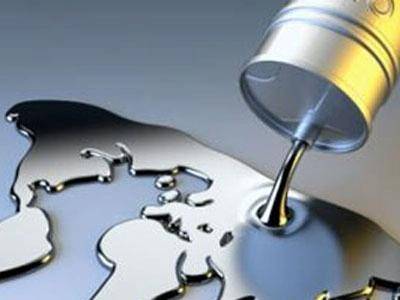 The prospect that the price of crude oil will firm up very soon is becoming remote amid fears that Russia may still not agree to production cut when the producers meet this Thursday.

According to Fitch report, it is feared that Brent crude, the equivalent of Nigeria’s Bonny Light, could plunge to ‘single-digit lows’ if OPEC+ can’t agree on output cuts.

This would be very inimical to Nigerian economy that solely depends on crude oil to grow, according to Adedeji Adeniran of Centre for The Study of the

If the price of Brent comes to a single digit it would mean that Nigeria cannot produce, Adeniran says, stating that the country would be producing below its unit cost.

The unit cost of a barrel of crude oil in Nigeria is about $30 for deep-water production while it is between $17 and $20 per barrels offshore.

The country has already reviewed her 2020 budget because of the way the price of the commodity was falling. The budget was reviewed from $57 benchmark to $30 per barrel. Even though the price has moved to $33 per barrel this was after it had slumped to about $23 per barrels last week.

He, however, states that postponing the meeting till Thursday may mean that OPEC+ members want to resolve the grey areas so that when they meet it would just be a formality.

The current drop in oil prices is hitting the country hard, making a big dent on government revenues and threatening the viability of upstream projects.

Experts are however of the view that even if the country decides to produce at will it may not be able to produce beyond 2.3mbpd giving the fact that the country has been too lackadaisical about exploration activities. To achieve this may take a few years.

They also say even at this volume of production Nigeria would have to sell it commodity at a highly discounted rate to be able to create a market for it, and the revenue from it may not make so much impact on the economy.

According to Petroleum Economist, the country is bracing up to take a big hit from the collapse in oil prices resulting from the end of the OPEC+ agreement and the COVID-19 pandemic. It is particularly vulnerable as it has yet to fully recover from the previous crash in 2014.

According to CNBC that reported Fitch position on the current situation in respect of the global crude oil price war between Saudi Arabia and Russia, the report says Brent crude futures could plunge to “single-digit lows” if major oil producers fail to reach a deal to cut output at a time when the demand has collapsed due to the coronavirus pandemic, Fitch Solutions states in a report.

The news outfit says other analysts are of the view that even if major producers — including those in the US — could agree to reduce output, oil prices are likely to stay low as the coronavirus pandemic is keeping a lid on demand.

The OPEC and its allies are expected to meet on Thursday — a delay from Monday — in an attempt to agree on production cuts. A previous deal by the group — commonly known as OPEC+ — expired in March after Saudi Arabia and Russia failed to reach an agreement. The fallout sent oil prices plummeting to multi-year lows.

The expiry of the deal means that producers are free to increase output this month, with Saudi Arabia, United Arab Emirates, and Russia among those saying that they would do so.

Analysts from Fitch Solutions said a fall in demand and an increase in supply could result in more than 20 million barrels per day of excess oil. That would put the oil market under “extreme physical pressure,” they wrote in the report published before the OPEC+ meeting was postponed.

“While it is unlikely that nominal storage capacity will be breached, it is possible that the sheer scale of the oversupply will overwhelm global logistics chains, plunging Brent into single-digit lows,” the analysts add.

Oil futures have fallen by roughly 50 percent since the start of the year. On Monday, however, oil prices trimmed earlier losses after Kirill Dmitriev, the chief executive of Russia’s sovereign wealth fund, told CNBC on Monday that Moscow and Riyadh were “very close” to a deal.

Brent crude fell by around 1.7 percent to $33.53 a barrel, while the US West Taxes Intermediate crude dipped by 2 percent to around $27.72 a barrel.

“I think the whole market understands that this deal is important and it will bring lots of stability, so much important stability to the market, and we are very close,” said Dmitriev, CEO of the Russian Direct Investment Fund.