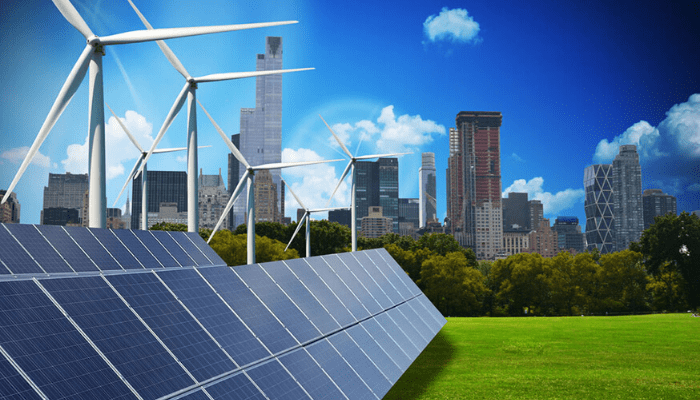 In 2018 $2.8 billion were spent on renewables projects in sub-Saharan Africa (excluding South Africa), setting a regional record at some $600 million more than the previous year, according to a new report by BloombergNEF (BNEF). 1.2GW of PV are expected to come online in 2021 – more than twice the amount commissioned in 2018 underpinning a larger renewables investment flow than ever before outside of mature markets such as South Africa.

More renewables investment flowing to sub-Saharan African countries than ever before is a testament to how cheaper technology, investor familiarity and subsidy schemes are helping clean energy spread across the continent.

Country-level targets and incentives are backed by assistance from multilaterals, which remain a key source of finance and have helped roll out renewable energy auction programs. The World Bank’s Scaling Solar program, for instance, awarded just under 400MW of PV capacity over 2015-18, equivalent to 39% of the total installed outside of South Africa over the same period. Such auctions have yielded some of the world’s lowest bid prices for solar power – several projects have won capacity at prices under $0.04/kWh.

But such auctions are double-edged. On the one hand, they prove that large-scale renewables can be procured throughout the region and help develop local familiarity with clean energy. Many are bundled with features designed to reduce project costs and risk, such as pre-secured sites. Yet, as BNEF analyst Antoine Vagneur-Jones points out, “that helps lower prices, but can also lead to government expecting to procure power at the same rates for projects that are not backed by such frameworks.”

Other hurdles remain to be overcome. Several sub-Saharan African countries sport an apparent surplus in installed power generation capacity. Taken at face value, this can weaken the case for adding renewables. But plant availability issues and transmission constraints mean that the gap between supply and demand is often less clear than it would seem.

Meanwhile, prevalence of take-or-pay contracts means that producers are remunerated for power that is not consumed. Whether by attempting to terminate or renegotiate contracts, governments are striving to reduce their obligations in countries such as Ghana, Kenya and South Africa. Achieving clarity on how to balance future clean energy investments with procurement agreements will be vital if the clean energy is to grow at scale.

The development of regional power markets will allow countries to move beyond such bilateral agreements. Power has long been traded in southern Africa, and nascent power pools in eastern and western Africa will enable countries to exchange surplus electricity across their borders. But a lack of private investment in transmission infrastructure, concentrated power markets and small generation fleets will hinder their growth.

Developers having access to guarantees and hard currency lowers barriers to investment, but risk perceptions are such that access to local financing for large-scale renewables remains a distant prospect. Yet recurrent shortages of hydropower and a shift away from financing coal by such backers as the African Development Bank are increasing the attractiveness of clean energy.

The complete Sub-Saharan Africa Market Outlook, published with support from the Department for International Development (DFID) in the United Kingdom, breaks down the trends shaping the region’s energy transition and can be found at www.global-climatescope.org.

Its release follows the publication of BNEF’s annual Climatescope survey, which scores and ranks individual markets on their overall potential for clean energy development. The latter’s findings, including complete data sets for all 104 emerging markets, can be found at the same link as above.

The importance of good manners and other positive behavioural traits