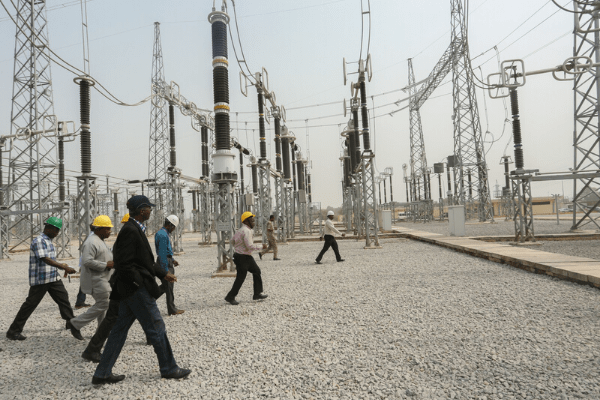 Nigeria’s fledgling power sector reforms got a boast on Wednesday with President Muhammadu Buhari’s directives to the relevant government agencies, including the Ministries of Finance, Budget and National Planning, Power and the Bureau of Public Enterprises to conclude arrangements with German power giants Siemens AG.

Nigeria and Siemens had last year signed a power sector deal expected to improve production of electricity to 25,000MW in the country by 2025.

The power reform is in fulfillment of part of the President’s 1st October, 2019 broadcast promise made to the nation

“In August this year, we launched the Presidential Power Initiative to modernise the national grid in three phases: starting from 5 gigawatts to 7 gigawatts, then to 11 gigawatts by 2023, and finally 25 gigawatts afterwards.”

Six months after signing the power deal with Siemens, the Nigerian government in December, last year, allocated N61 billion for the Nigeria Electrification Road map which will be developed in partnership with Siemens AG.

Despite being the largest economy in sub-Saharan Africa, Nigeria power sector has over the years, suffered limitations including constrain growth.

The country is yet to fully harness its well-endowed natural resources, such as large oil, gas, hydro and solar resource.

The country’s current power generation capacity of about 13,000 megawatts (MW) of electric power from existing plants, has also not be fully realized

Minister of Power, Saleh Mamman, recently revealed that although Nigeria can generate up to 13,000 megawatts of electricity , the country cannot transmit all.

“Because of the technical and commercial reasons, they cannot contain the whole power that has been generated.

But In a message on its official twitter handle on Wednesday, @Presidency Nigeria, Presidency said President Buhari directed the Agencies such as” @PowerMinNigeria, @FinMinNigeria, and the Bureau of Public Enterprise (BPE) to conclude the engagement with Siemens AG to commence the pre-engineering & concessionary financing aspects of the Presidential Power Initiative.”

According to the directives, all items to be purchased were provided by the Power Distribution Companies, DisCos and Transmission Company of Nigeria @TCN_NIGERIA

Buhari also directed that such items be vetted by a professional Project Management Office.

The funding for the Presidential Power Initiatives (PPI ), will be secured under concessionary terms (up to 3-year moratorium and 12-year repayment at concessionary interest rates) through the German Euler Hermes cover, which @NigeriaGov will on-lend as a convertible loan to the other shareholders in the DisCos.

Presidency explained that all DisCos have, directly, and through the BPE, been diligently carried along over the last 15 months to understand in detail the challenges in the electricity systems.

The key objective of the working group is to harmonise various efforts by the Federal Government and the 36 States, through the National Economic Council (NEC), on power sector reform and to oversee the design and implementation of a well-coordinated roadmap for the sector.

The group is also expected to support critical financing initiatives with the World Bank Group, DFID and other key development partners and also ensure that ongoing Federal and State initiatives are in synchronized with the Presidential Power Initiative being implemented with the German government and Siemens, and infrastructure investments of the TCN and the Ministry of Power.

The Presidential Power Initiative (PPI) is a power infrastructure upgrade and modernization Programme agreed to by @NigeriaGov and Siemens AG of Germany, with the support of the German Government.

Under the PPI, @NigeriaGov will on behalf of the other shareholders in the Electricity Distribution Cos. invest in infrastructure upgrades in the form of improved payment systems, distribution substations, transformers, protection devices, smart meters, transmission lines,