Otakikpo Field: Will Schlumberger go all the way? 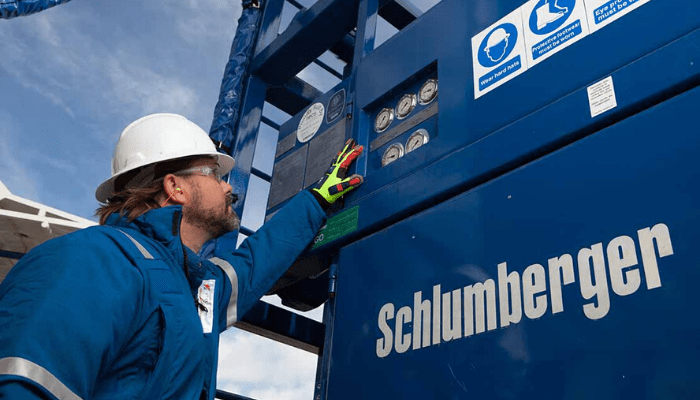 Schlumberger’s decision to pull its $724million funding for the development in Oil Mining Leases (OMLs) 83 and 85 (the Madu/Anyala field) and its departure from the Fortuna NLNG project off Equatorial Guinea provides a basis to ask if its recent foray into Lekoil’s Otakipo field development will proceed as planned.

With COVID-19, there may be delays, the cost of debt financing may go up and the project may have to be phased, but Otakikpo expansion looks likely to go on

It was just 17 months after the oil service giant had inked a tripartite agreement to be financier and technical service provider on the project, which had Nigerian Independent First E&P, operator of the asset, and state-owned NNPC as partner when it walked out.

Schlumberger was involved in the Fortuna LNG project through OneLNGSM, a Schlumberger/Golar LNG joint venture partnership with which operator Ophir Energy had signed a binding Shareholders’ Agreement, to develop the 2.2 million Tonnes Per Annum Fortuna NLNG facility.

OneLNGSM owned 66.2% of the $2billion project of which $1.2billion was to be debt financed. Schlumberger did say it pulled out of OneLNGSM because the Fortuna project was unable to finalise attractive debt financing in time.

Less than a month after the mighty Schlumberger withdrew from OneLNGGSM, Gabriel Lima Obiang, the country’s Minister of Mines and Hydrocarbons (MMH), said the government could bring in some other investors to the project to replace Ophir. He referenced the expiration of the Block R licence at the end of 2018.

The Minister did not renew the licence, effectively tossing out Ophir Energy’s five-year appraisal drilling, FEED studies, and three-year widely publicised effort to raise finance. Faced with the loss of its biggest development on the continent, Ophir has since exited its entire portfolio in Africa.

First E&P did not suffer the same fate as Ophir. It has struggled too, though, and scaled down the number of wells needed to drill to get to first oil by more than half. In its case the state has been more benevolent: the Madu/Anyala development has benefitted from ready cash call payments by NNPC.

The Otakikpo field is operated by Green Energy International Limited (GEIL), which has the London listed LEKOIL as financial and technical partner. Although, there is no official response yet from Schlumberger on its next steps with respect to the Otakikpo fields.

However, industry sources farmiliar with the company’s operation, say that the Schlumberger’s financial exposure in the two projects: Otakikpo and Madu/Anyala are dissimilar, even though the terms are different.

Whereas the Madu/Anyala project was to be executed under Schlumberger Production Management SPM, in which the company is an investor and recoups its investment on production, the deal on Otakikpo is being consummated under the company’s Asset Performance Solutions (APS) scheme, in which case Schlumberger is not putting a single dollar on the table, but using its brand to help the partners pull in financiers. “Schlumberger’s involvement in Otakikpo is a support by way of investing sweat equity and integrity”, sources say.

Still, there’s something unnerving about a partner who has dropped out of two hydrocarbon field developments inside of the last two years.

GEIL signed a Memorandum of Understanding (MoU) with a consortium of international financiers for a package of more than $350million, to take forward the second phase development of Otakikpo. The consortium includes an international bank based in London, a crude oil off-taker and an EPC contractor.

The Field Development Plan FDP of the project involves the drilling of seven additional wells (there are two producing wells already) and expansion of the crude processing infrastructure. The plan also includes the construction of a 1.3million barrels onshore terminal and a 17 kilometre export pipeline to connect the terminal to an offshore loading system. GEIL director of corporate affairs, Olusegun Ilori, noted that the company intends to increase production from 6,000 barrels per day (BOPD) to 20,000BOPD.

Anthony Adegbulugbe, chairman GEIL has been quite enthusiastic about the work programme and vocal in the media about the financial and technical partnerships he has attracted on board of this expansion project.

With COVID-19, there may be delays, the cost of debt financing may go up and the project may have to be phased, but Otakikpo expansion looks likely to go on.

The one other worry is, as Schlumberger is the main subsurface service vendor, and its services come at premium cost, continual benchmarking with the rest of the industry is key. After all, this is the era of bare bone cost of production.

COVID-19: Oyo confirms another 19 new cases of coronavirus in a company