Oando Clean Energy to speak at COP27 in Egypt 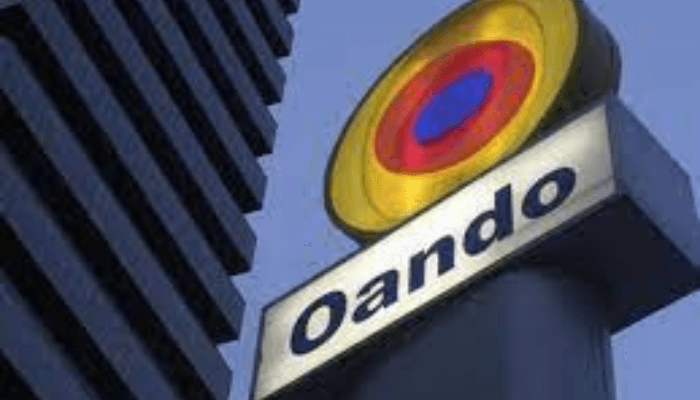 Oando Clean Energy Limited is to speak at the 27th United Nations Climate Change Conference (COP27) themed ‘Delivering for People and the Planet’ which kicked off in Sharm El Sheik, Egypt, on Sunday, November 6.

The event will host more than 45,000 registered COP27 participants representing parties, the United Nations (UN), regional non-governmental and intergovernmental organisations, businesses, the scientific community, local communities as well as civil society to jointly enhance and accelerate the implementation of climate action and follow up on collective commitments and pledges.

Oando in a statement on Sunday said the event tagged “Africa’s COP”, couldn’t have been hosted in Africa at a better time, as Africa is no stranger to the disproportionate impact of climate change.

“The continent contributes only 3 percent to greenhouse gas emissions but suffers disproportionately from its negative impacts. Today, Africa loses between $7 billion and $15 billion annually to climate change, and according to Akinwumi Adesina, president of the African Development Bank, ‘If things don’t change, it will be $50 billion a year by 2030.’

Last year, Madagascar became the first country on earth to suffer a famine solely due to the impact of climate change. By 2050, climate change will lead to an additional 78 million people experiencing chronic hunger – over half of them in Africa. Therefore, Egypt hosting COP27 is significant and incredibly important for Africa and the rest of the world,” Oando said in the statement.

It added that as Africa’s largest economy and most populous nation, Nigeria will be actively participating in COP27 with the minister of environment, Mohammed Abdullahi amongst other Nigerian stakeholders scheduled to attend.

In the private sector, Oando Clean Energy Limited (OCEL), the renewable energy subsidiary of Oando plc will also be in attendance.

Recall that at COP26 in Glasgow, President Muhammadu Buhari, pledged that Nigeria would reach net zero carbon emissions by 2060. Part of the discourse this year will be reviewing where countries are in relation to the commitments they made in 2021. OCEL will join key renewable players across the African public and private sectors to reiterate the role the continent is playing in supporting global targets and creating a more sustainable future.

The first dialogue themed “Decarbonising an oil-rich region: A case for the Niger Delta, Nigeria’s will hold on Thursday, November 10, and the second, ‘Achieving Nigeria’s Net Zero Target: A public-private partnership’ will take place on Friday, November 11. These events will showcase the investments the company is making in renewable energy in Nigeria and the importance of public-private partnerships in enabling the nation to actualise its industrialisation goals whilst at the same time supporting the achievement of global climate change ambitions.

If COP26 was about countries making promises to avoid catastrophic climate change, the broader themes in Egypt will be moving from ambition to action, especially in Africa,” the statement said.