The average price per litre paid by consumers for household kerosene and Premium Motor Spirit (PMS), also known as “petrol,” increased in April, according to the National Bureau of Statistics (NBS). 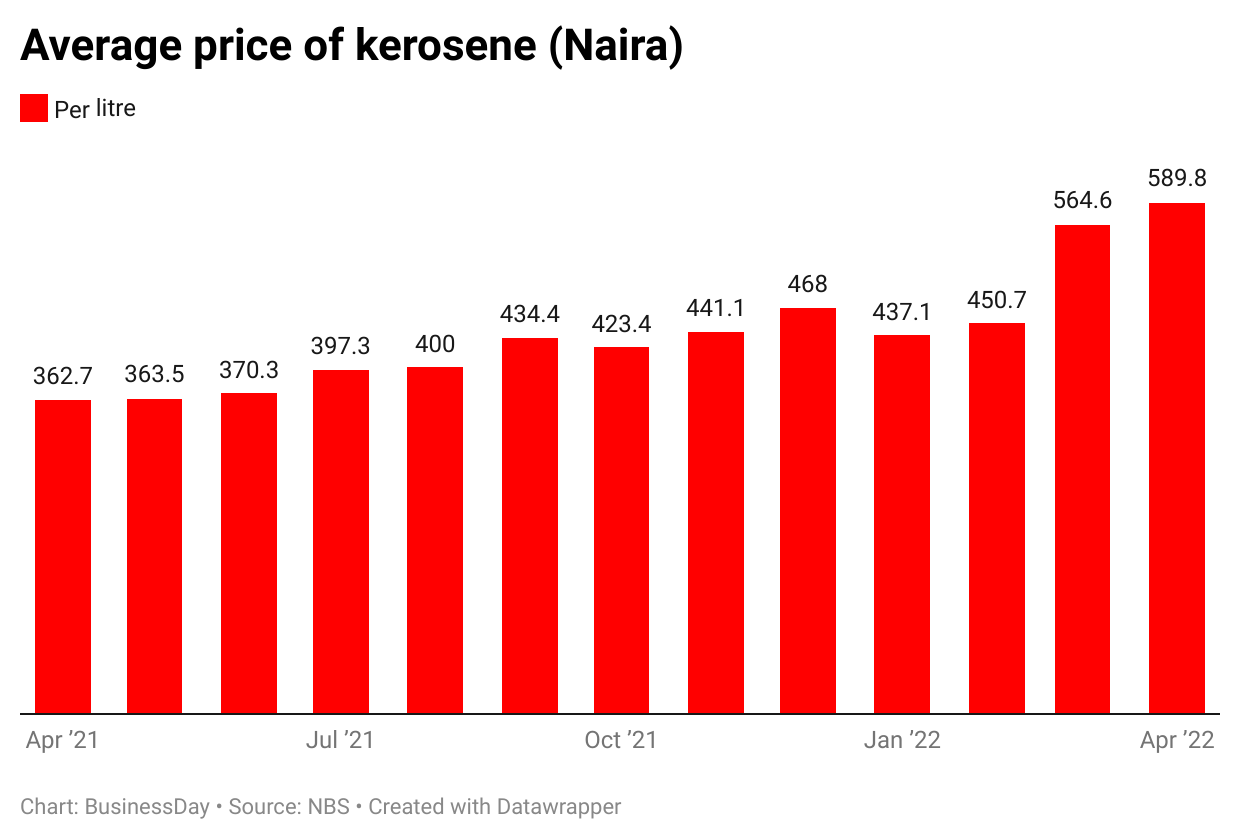 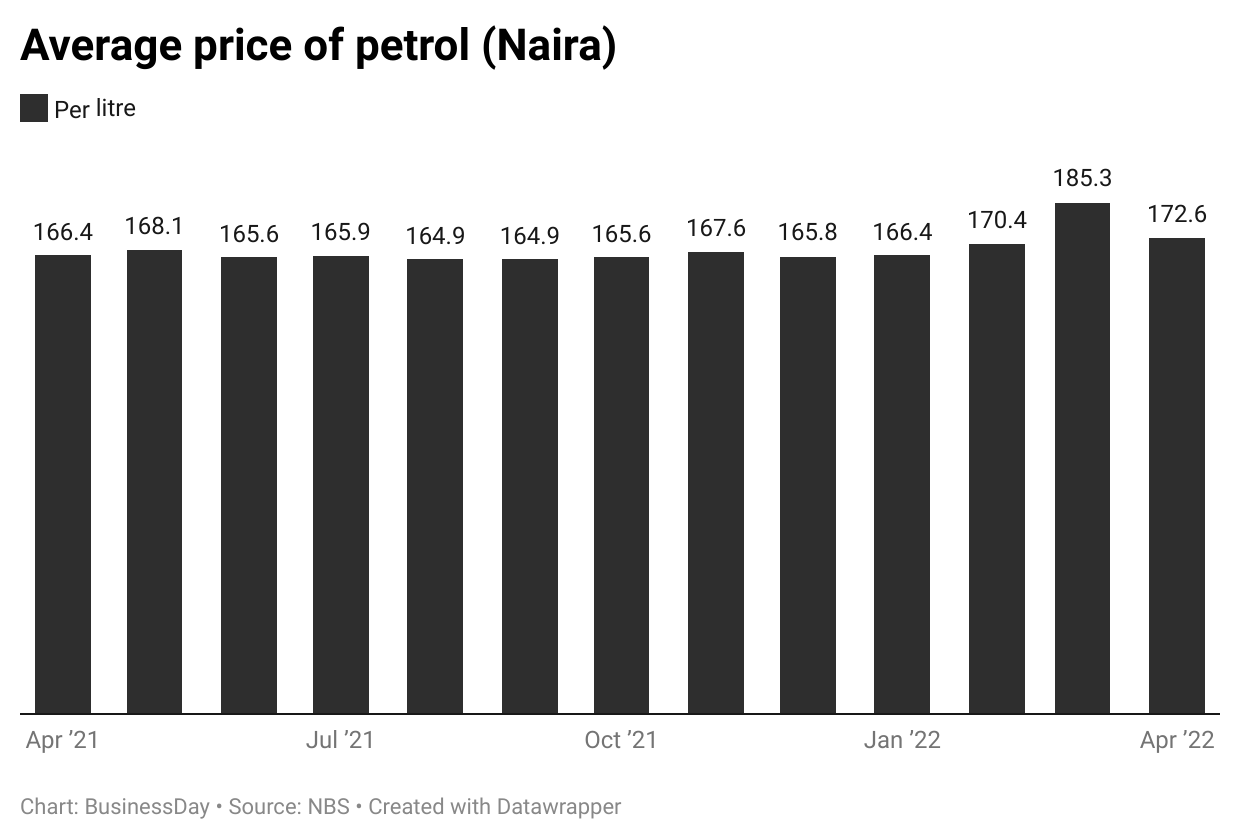 It said: “On state profile analysis, the highest average retail price for Premium Motor Spirit (Petrol) was recorded in Kaduna with N202.94, followed by Enugu and Abia with N197.51 and N195.27 respectively.

“On the other hand, the lowest average retail price for Petrol was recorded in Ebonyi and Nasarawa with N165.00 each, followed by Lagos and Katsina with N165.13 and N165.25 respectively.

“More so, the highest average retail price was recorded in the South-East zone with N183.69, while the North-Central had the least with N166.57.”