How CrossBoundary Energy is powering a brewery with the sun 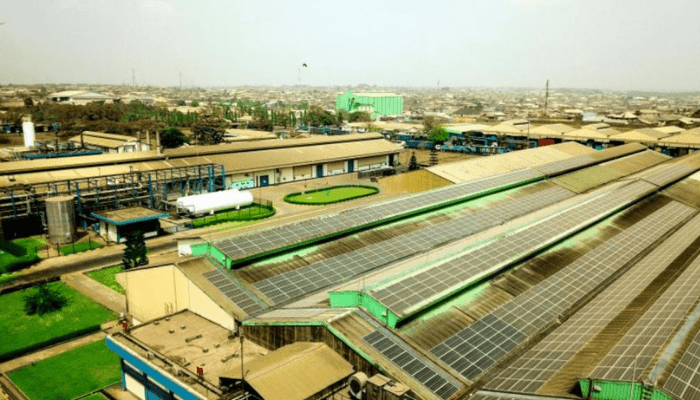 The recent completion of a 663.60 kilowatts peak (kWp) solar plant at the Nigerian Breweries Plc factory in Ibadan by CrossBoundary Energy Nigeria Limited is a watershed for off-grid projects not just because it is a first of its kind, but also because it is a proof of concept that solar energy can power industries sustainably.

This feat as well as the details surrounding its execution, gleaned through interviews with the company and review of materials related to the project, demonstrate the value of rethinking marketing strategy, project execution, and operational rules existing in the renewable energy space.

CrossBoundary Energy Nigeria Limited is not your typical renewable energy firm. While its counterparts seek to deploy renewable energy, it styles itself as an investment firm that unlocks capital for sustainable energy growth targeting underserved markets.

Considering the primacy of capital in unlocking sustainable energy solutions across the world, the company’s resolve in placing a premium on securing competitive financing seems strategic. It fully finances the entire project, builds it, maintains, and operates it, leaving you the task of settling a monthly energy invoice.

It is very normal to wait for companies or governments to request proposals and then for interested investors to begin scrambling for attention. CrossBoundary takes a different, more elevated approach.

In 2018, Heineken said it was increasing its share of renewable energy in production from the current 14 percent level to 70 percent in 2030 and set new carbon emissions reduction goals for distribution, cooling, and packaging through a new programme called ‘Drop the C’.

At the time, 29 percent of the company’s total global electricity usage came from renewable sources. Heineken’s brewery in Massafra, Italy, has 3.3 MW of solar capacity, the Göss brewery in Austria is carbon neutral, solar energy is being used for brewing in Singapore, and both wind energy and solar power are used in the Netherlands.

“In order for them to make headway towards this goal, we reached out to them and said instead of gas and diesel, we can provide you significant savings through solar energy,” said James Shoetan, an associate principal at CrossBoundary Energy.

The Nigerian Breweries solar plant will supply approximately 800 megawatts per hour (MWh) to the brewery annually, at a significant discount to their current cost of power, while reducing the site’s carbon dioxide (CO2) emissions by over 10, 000 tonnes over the lifespan of the plant.

CrossBoundry Energy will operate the rooftop facility on behalf of Nigerian Breweries as part of a 15-year solar services agreement. Under the agreement, Nigerian Breweries will only pay for solar power produced, receiving a single monthly bill that incorporates all maintenance, monitoring, insurance, and financing costs.

Nigerian Breweries Plc’s Ibadan operation started in 1982 and is one of Nigeria’s largest factories. Established in 1946, Nigerian Breweries Plc. runs eight other production facilities across Nigeria, and is working to expand its use of clean energy in each of these locations.

At any time, a project of this magnitude was always going to be challenging. In the midst of a raging pandemic, the challenges multiply.

Currency risk presented the project’s biggest one. Equipment is priced in dollars as part of a global market, based in USD. The Nigerian Central Bank’s policy options to prop up the naira create a chasm in the market rate and official rate. Businesses often cannot access at official rates as access is controlled and sales are made in naira.

“So we developed an innovative financing solution where we give them a discount to their current cost of power in naira and then we put boundary conditions on those priced in dollars such that it’s super low – in terms of you don’t expect power in Nigeria to be, let’s say, 5cents and we also protect the customer in case power goes above, say, 20cents,” Shoetan said.

“With those boundary conditions, we are able to price in naira and have comfort that we would recoup our investment in time.”

The project was also tried by Nigeria’s troubled ports and It had to stay on top of its equipment as it was shipped, tracked when it landed and cleared the ports and its transportation to sight. Perpetual vigilance with a healthy dose of paranoia is the unstated rule for dealing with Apapa.

“One key enabler for this project is the regulatory framework in Nigeria which is supportive of smaller projects and new projects for renewables for business in comparison to another geography,” he said.

Nigeria’s mini-grid policy and incentives including duty waivers for some solar equipment and provision of grant funding for new renewable energy projects are seen among the most progressive on the continent. And companies, including CrossBoundary, are benefitting from it.

CrossBoundary Energy’s approach to raising capital relies on the same initiative that won it the Nigerian Brewery deal. It created a vehicle to tap funding that is not even in development. The rain wasn’t falling when Noah built the ark.

It created an Africa-focused mini-grid project financing facility, CrossBoundary Energy Access, part of the CrossBoundary group, launched in January 2019 and set up with backing from The Rockefeller Foundation, Shell Foundation, UK Aid, and Ceniarth to unlock over $16 million in private investment.

“We have the capital ready to go to build that system straight away, we have already raised $40m from our main investors and we are set to raise over $100m by the end of the second quarter of 2021,” Shoetan said.

CrossBoundary Energy’s strategic approach to raising capital helps it meet future obligations. It meticulously evaluates its funding partners, how much involvement they will have in the project, and if they are a good fit.

“There is a lot of money willing to support our work, but we must ensure it is helping achieve the mission, not just providing cash,” said Shoetan.

Since the company wasn’t going to accept money simply because it was available, it sought to find a variety of credible partners for its projects.

“We were able to attract capital from USAID in support of this initiative and that was a first loss facility that allowed us the backing and support needed to bring other investors on board,” Shoetan said.

Being in a nascent industry, “it was important to have an anchor investor who creates a case for other investors to come in”.

This strategy allows the company to provide a guarantee to its customers. It offers to reimburse a customer if it does not produce the obligated unit of energy per year. With this assurance, the company can include the anticipated cost savings in its budget projections.

CrossBoundary fully finances the project, draws up the technical designs, oversees the construction and procurement process, and brings the product to its platform where it can monitor to ensure it delivers.

“The customer can see the platform as well so if there are any issues, we send someone to the site and are able to correct the problem immediately,” Shoetan said.

Currently, the Nigerian Breweries project does not include a battery storage system but there are plans to accommodate it, the company said.

“The benefit for them is that they get a long-term security at the price of power which is massively beneficial if you are a long-term business operating in the country,” Shoetan said.