EXPLAINER: NNPC has aimed ethanol, how big is the market? 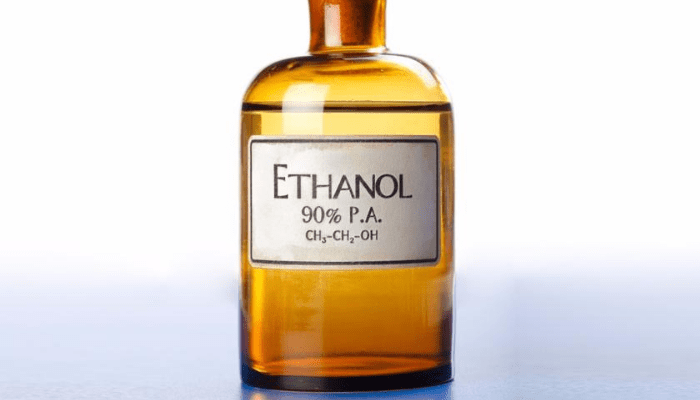 Last Thursday, Mohammad Ka’oje, chairman of Kebbi State government committee on biofuels stated that the Nigerian National Petroleum Corporation (NNPC) has cultivated 2,675 hectares of cassava farm to be processed into bioethanol in the state.

Ka’oje said the scheme is a partnership between Kebbi State and NNPC which was jointly financed to the tune of N500 million each, and 5,000 hectares of land was acquired for biofuel production.

Ethanol is a biofuel processed from starchy crops such as maize and cassava. In 2017, NNPC signed a Memorandum of Understanding with Kebbi State to cultivate 20,000 hectares of cassava and sugarcane in the Kanya district of Zuru emirate of Kebbi for biofuel production.
“So far, 2,675 hectares have been cultivated and fully established. This is to generate seedlings and raw material for a test run of the machinery,” Ka’oje said.

Ethanol is a flammable colourless liquid. When used as an alternative fuel, ethanol is referred to simply as bioethanol.

Bioethanol is frequently used as motor fuel or as an additive in premium motor spirit (petrol) and is an option for more renewable energy.

The U.S. Grains Council recently conducted a market assessment mission to Nigeria and Ghana gauging the potential for U.S. ethanol exports to these countries.

“The mission identified a need for higher ethanol volumes and engaged government and industry directly on enforceable biofuels policy as well as demonstrated the United States’ role as a cost-competitive supplier in the global market,” said Brian Healy, USGC manager of ethanol export market development, who was on the mission with Lucas Szabo, USGC manager of ethanol export programmes, and Jad Wakileh, USGC ethanol consultant.

In 2018 Nigeria was the thirteenth largest market for U.S. ethanol exports, totalling 22.5 million gallons, that is, 85 million litres (67.3 metric tons in corn equivalent). Nigeria has had an ethanol policy on the books for a decade, but it is not currently in effect due to shortages in domestic production and sensitivities around certain feedstocks as staple crops.

The European Union, like the Persian Gulf for East African markets, has emerged as an important trans-shipment point for U.S. ethanol to West African markets. Total EU purchases of U.S. ethanol in 2018 stood at 110 million gallons (329 metric tons in corn equivalent), up 266 percent over the previous marketing year.

“There is a very huge demand for ethanol and it is being met by importation. Importation of ethanol from Britain and other countries in Europe, which are made from sugarcane and corns, is sometimes cheaper than locally produced one from cassava,” Rajavelu Rajasekar, a director of Allied-Atlantic Distilleries, near Agbara, Ogun State said in an interview last year.

Despite being the world’s largest producer of cassava, Nigeria is still unable to unlock opportunities in the ethanol and bioethanol markets. Local production of ethanol meets only 6 percent of local demand according to Rajasekar.

The Nigeria Cassava Growers Association (NCGA) has estimated that cassava can generate N10 trillion and save Nigeria over N1.2 trillion from import of derivatives such as ethanol, starch and sweetener.

Segun Adewunmi, president NCGA said in an interview that Nigeria uses about 400 million litres of ethanol sold at N400 per litre. This means in a year, the country imports ethanol worth N160 billion.

The NNPC is probably at the verge of unlocking a mine of opportunities with its bioethanol ambition, since there is at least 90 percent of local demand gap for ethanol.