Education BDrecent,Immigration,Nigeria and the United Kingdom 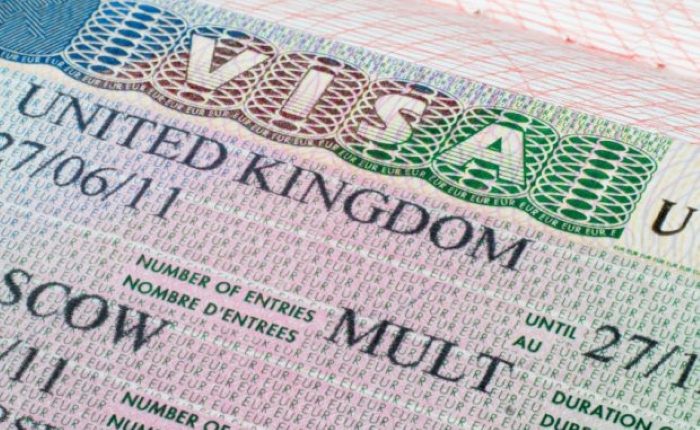 Under the post-study work visa rules by the United Kingdom government, Nigerians and nationals from other countries will be allowed to stay in Britain looking for work for up to two years after they graduate.

The graduate route which will be open for applications on 1 July 2021 will allow the UK to retain the brightest and the best international students to contribute to its society and the economy post-study.

“The Graduate route will be available to international students who have completed a degree at undergraduate level or above at a Higher Education Provider with a track record of compliance, and who have valid Tier 4 or Student permission at the time of application,” the Home Office said on its website.

While the Graduate route does not count towards settlement, the policy explained that graduates will, however, be able to apply to other routes at the end of their 2-3 year stay.

According to the statement by the British Government, graduates will be able to “apply to the Skilled Worker route from within the UK, once they have found a suitable job.”

Under current rules (which will expire on July 1), introduced by former prime minister Theresa May when she was interior minister, students are only allowed to stay for four months after they finish their degree.

According to a statement by the British Government, the launch of the route demonstrates its support for the UK’s education sector, and commitment to the International Education Strategy, which sets out an ambition to increase education exports to £35 billion and the number of international higher education students in the UK to 600,000 by 2030.

“The important contribution international students make to our country and universities is both cultural and economic. Their presence benefits Britain,” Education Secretary Gavin Williamson said in a statement.

Nigeria’s outbound student mobility which greatly exceeds that of other African markets is expected to benefit from the UK’s post-study policy. Data from ICEF monitor, market intelligence for international student recruitment puts the number of Nigerian students in the UK at over 10,540 in 2018.
But, the prevailing economic challenges coupled with a weak exchange rate is a threat that might restrict many Nigerians from tapping from the UK Graduate route.

Nigeria’s foreign-currency shortage forced the Central Bank to devalue the local currency two times in 2020 and has recently adjusted the exchange rate in May 2021.

On the back of naira depreciation, new and continuing Nigerian students who will be resuming schools abroad for the 2021/2022 academic session could be paying as much as an additional N2 million or more to complete their tuition fee. Similarly, Nigerians planning to study abroad would also be facing a higher living cost.

Though many Nigerian students may have a hard time paying their way through schools abroad, enrolling in Nigerian universities, especially public ones, is not an option for many as the country’s education standard has been constantly called to question.

Anthony Kila, professor of Strategy and Development and international director of studies at the European Centre of Advanced and Professional Studies, said the government is to blame because it has not done its best to make Nigeria’s education system attractive.

“Nigerians tend to travel abroad for studies because the education system is bad in the country and those that go abroad are the ones that can afford it,” Kila said.

Breakdown of the new UK post-study policy reveals that graduates whose Tier 4 or Student visa leave expires before the route is introduced will not be eligible, “however, most of these students will have did not expect benefitting from such a route when they applied to study in the UK.”

The Graduate route will require a new visa application, which will only be possible from inside the UK. It will include the payment of a visa fee of £700 and the Immigration Health Surcharge at the full rate of £624 per year.
Students will also need to know the Confirmation of Acceptance for Studies (CAS) they used for their most recent Student (or Tier 4) application to apply for the Graduate route, the document said.
“Individuals applying to the Graduate route will not need a sponsor.