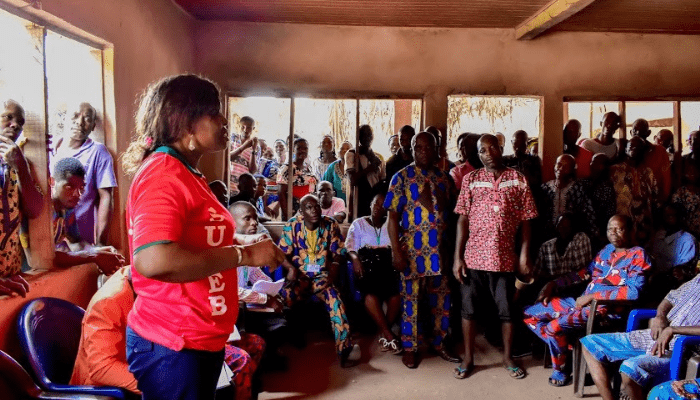 A healthy working relationship between members of the community, school staff and staff of the local government education authority is crucial to the successful operation of schools. Over the years, theft, damage to facilities, and irregular compound maintenance has been common. However, following the creation of the Edo Basic Education Sector Transformation programme (EDOBEST), the rate of school vandalism has significantly reduced.

EDOBEST, which is one of Governor Godwin Obaseki’s flagship programmes, has driven this change through its community engagement initiatives which form one of the five pillars of the programme. The initiative involves the reconstitution of the SchoolBased Management Committees (SBMCS) and deployment of a large team of social mobilisation officers (SMOS). As a result of these engagement initiatives community members now have a stronger sense of responsibility to the schools in their communities.

The actions of Adeboye Amu of Sabongida Ora Community in Owan West are just one example of how communities are taking responsibility for their schools. It was surprising to some people when they sighted him helping to control traffic at the gate of Obe Primary School. However, they later realised that his priority was ensuring that pupils could safely cross the busy AfuzeAuchi road.

Recently he shared that, “EDOBEST has trained and empowered me to become an SBMC Chairman, thereby, making me more involved in the activities of the school.” He went further to state that, “even with contractors, after getting all necessary permissions from the Board and LGEA, I am the main focal person they meet as I am directly in charge of the school. I oversee the planned intervention, and work with them, in a supervisory role, to ensure that the stated aim of the intervention is achieved.”

Increased community engagement at Obe Primary School has also led to an improvement in school maintenance. A recent visit revealed that the grass had been cut by community youths. It was also clear that all of the school’s facilities and offices were intact and in good condition.

Developing school infrastructure and facilities is another pillar of the EDOBEST Programme.