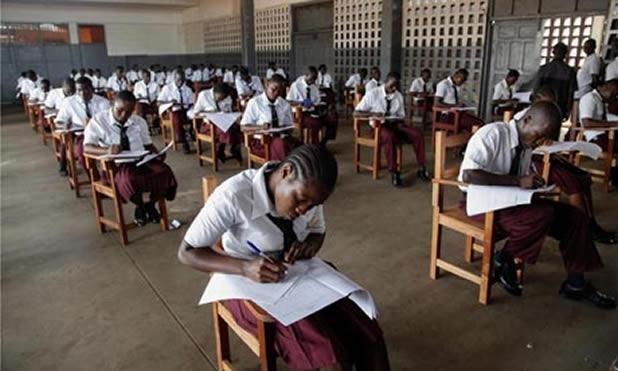 The announcement of the “safe reopening” of schools nationwide in the next phase of the gradual easing of lockdown by the Federal Government has received knocks from the Nigerian Medical Association (NMA); Nigeria Union of Teachers (NUT) among other Nigerians who believe it is a call for disaster.

The Federal Government had, on Tuesday, June 30, 2020, on the advice of the Presidential Task Force on Covid-19, ordered reopening of schools for some categories of classes.

The decision came as a last resort as the Federal Government was boxed into a corner where it found itself in-between the devil and the deep blue sea.

As a responsible government that cares for the future of its students, it may have settled with the option of ordering for school reopening to ensure that students writing external examinations with those in other West African countries do not lose out.

But the decision has not gone down well with various stakeholders who raise objections and believe the coast is not yet clear for academic activities to resume in schools.

In fact, some parents told BDSUNDAY that, although they are worried that the prolonged resumption will negatively impact the academic programmes of their children in terms of graduation, others said they would not allow their children lose their lives out of carelessness in pursuit of education.

Innocent Ujah, president, Nigerian Medical Association (NMA), in a swift reaction to the order of reopening schools, lamented the current low level of compliance by Nigerians with COVID-19 safety protocols, saying this situation alone should serve as a signal to the government that it is risky to ask pupils to go back to school.

Ujah, while lampooning the ill-timed directive by the government, pointed out that many public schools across the country lack portable water and other safety preconditions required for the safety of pupils, warning that should school reopen now; it is only an invitation to disaster.

He further questioned how Nigerian teachers would carry out their teaching duties with face masks without an appropriate public address system put in place, noting that it would defeat the purpose of teaching and learning.

Other concerned stakeholders who spoke to BDSUNDAY stated that it is suicidal to reopen schools now if the Federal Government itself could not meet the conditions spelt out by Nigeria Centre for Disease Control (NCDC) and the World Health Organisation (WHO).

They maintain that reopening the schools even if it is for some category of classes will expose innocent children to risks that are avoidable and called on the Federal Government to provide the ideal environment and take the lead by the provision of materials for regular washing of hands, face mask, isolations centres, space for social distancing and hand sanitisers.

The NMA was not alone in the condemnation of what is referred to as “an insensitive” decision. The Nigeria Union of Teachers (NUT) both at the national and state levels were unanimous in their call for a rethink of the decision.

Mike Ene, general secretary, Nigeria Union of Teachers (NUT), opines that the Federal Government from all intents and purposes has not informed Nigerian teachers properly to resume at their duty posts.

Ene observes that there are no clear indications from NCDC team that they have put in motion plans to provide isolation centres in schools which is necessary at this time.

He stated that the teachers are yet to see significant measures the government has provided to warrant them risking their lives to resume school considering the reality of the coronavirus pandemic which is yet to get a cure or vaccine.

According to him, “government has reneged on what it should do. In a class of 60, 40 or 70 pupils in a public school, you’re talking of physical and social distancing. How can a teacher handle such class? What is the Personal Protective Equipment that government has given to teachers?

BDSUNDAY finding shows that Sani Aliyu, national coordinator, Presidential Task Force on Covid-19 while explaining the partial reopening of schools said that pupils may proceed to take the national common entrance (examination) as soon as it is feasible, provided there is compliance with issued non-pharmaceutical interventions.

Aliyu disclosed during the media briefing in Abuja that arrangements were to be made for exiting graduating students in the JSS 3 and the SS3 to resume at both boarding and day schools as soon as possible for intensive revision exercises.

Commenting on this directive, Lucky Kpogere, chairman of NUT, Rivers State chapter, in an interactive session with newsmen, said schools in the state were not ready for resumption until necessary measures were put in place to guarantee the safety of students and teachers in the state and the country at large.

The River State chapter chairman enjoined the Federal Government to ensure that necessary measures were put in place before the planned resumption of schools as the reality on ground shows it is impossible.

On their part, some parents are also against the order for the phased reopening of schools by government in the midst of the nation’s battle to contain the scourge of the coronavirus pandemic.

A cross-section of parents who spoke with BDSUNDAY called on the Federal Government to ignore pressure allegedly from private school owners, declaring that it could not agree less with the Nigerian Medical Association and Nigerian Union of Teachers who had advised that the directive for the safe resumption of schools across the country should be suspended until adequate precautionary measures are adopted in schools, especially public schools.

Uchenna Ukaegbu, a concerned parent, told our correspondent that reopening can be possible granted that the Federal Government has made a significant attempt at combating the Covid-19 pandemic. “But I would have expected them to deploy investment into digital learning for the meantime because the country is still at a point where community transmission is aiding the virus to spread across the states,” Ukaegbu said.

He insisted that government should remain more combative in dealing with this health pandemic instead of succumbing to the pressure of powerful school proprietors, arguing that “for our children to go back to school while Covid-19 cases are still being recorded in different states, the government should post health officers to different states to keep the states under surveillance.”

The father of three children questions how many schools have complied with the measures which are supposed to be in place before resumption? How many have adequate number of equipment or trained personnel?

Friday Marcus, an engineer and father of two, said that the directive for the resumption of schools at this point where a known cure for coronavirus has not been found has the potential of significantly increasing the rate of contracting the disease among children in primary and secondary schools.

Marcus noted that rather than rush to open schools, the adoption of educational technologies to provide remote learning opportunities and educational programmes for students in public schools should continue in the interim.

“The technology which is currently being implemented by private schools should be encouraged in public schools until the coast is clear to safely resume schools,” he advised.

He noted further that parents are happy and ready to try new things, but they need the government to provide the direction that pulls all stakeholders together to know what the nation’s education system is looking to achieve.