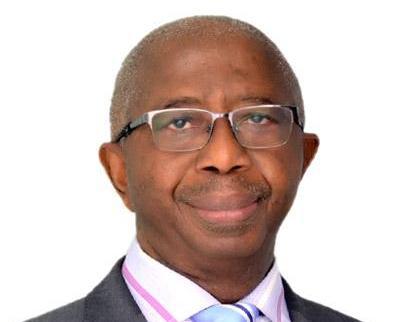 Olusoga Sofola, a professor of Physiology and a former vice chancellor of Olabisi Onabanjo University, Ogun State, in this interview with NGOZI OKPALAKUNNE, speaks, among other issues, on the need for research in Nigeria’s tertiary institutions in order to make the desired developmental progress, and the need for total reorganisation of university system to function in line with international standards. Excerpts:

How would you assess government policy on education lately and what role has it played in the advancement of the sector in the country?

Government policy on education lately has been largely haphazard. In early post-independence years, the Old Western Region of Nigeria was a pace setter. Then there was free education and virtually scholarship for all attending higher institutions. The region also had institutions for middle education students to acquire skills and fend for themselves. However, nowadays, there is no consistency in policy and hardly any clear directive. Take for example, is the Basic Education scenario uniformly in all the states? Is there any objective to identify different categories of learners and identify the needs; example, the educationally ‘slow’ but that can be made to acquire useful skills, example by various artisan groups to improve on their skills, example motor maintenance, air conditioning, ‘new knowledge’ such as IT literacy and learning to maintain computers, cell phones, among others. At University level, the non-uniformity in admission requirements based on region and not ability/ knowledge is a setback for the country. While it seeks to provide for a larger group of entrants, it has been manipulated to lower the standards especially at exit points. It is these poor end products that find their way into governance and further propagate the rot in the society.

As a former VC, how can the country resolve the incessant strikes by ASUU?

There are no easy routes to fix these incessant strikes as they have been with us for over 50 years, from Gowon’s regime. Some of the suggestions to remediate the situation will be multifaceted. These will include the complete reorganisation of the University system so as to function according to International standards; take for instance, proper pay is good enough to also attract foreign scholars. Secondly, funds for research especially ramp up Tertiary Education Trust Fund (TET FUND) and make it more attractive, easily accessible, and unbiased, with more attention to graduate students to support their PhD research. In addition, there should be more reliance by government, in running the country on academics in technical/advisory capacity. Thus, there will be the need to use more academics in solving societal problems; take for instance, when you watch reports on pandemics in Europe and USA, you see more academicians offering valuable and unbiased suggestions. We also need better atmosphere for teaching and research as well as adequate provision of welfare for staff – housing/accommodation, transport and the students’ welfare. The Academic atmosphere should be seen as serene and virtually utopic. In totality, if you provide the enabling atmosphere and adequate remuneration, the need for strikes will be reduced.

Many are of the view that there is dearth of research in the tertiary institutions; what is your take on that and what is the way forward?

There is definitely dearth of research in tertiary institutions both in terms of quality and quantity. In the late 60s and 70s up to early 80s, Nigerian researchers were among some of the best in the world, in all aspects and majority were working in Nigeria. We were competing quite well with our peers worldwide. Now good research is being carried out mainly by our colleagues in the Diaspora as there is adequacy of equipment, funding and remuneration, which are severely lacking in this country. The TETFund was set up to address some of the issues, but it has only scratched the surface, despite the good intentions of its originators. This is because as time moved on, the disbursements were becoming inadequate; take for instance, if you are given a grant of N40 million for research people will think it is a huge amount of money, but if you look at it very well, you will see that N40million which is only $100,000.00 cannot at the moment buy a reasonable research equipment for high quality work. Unless a miracle can occur, take for example, if grants are given in US dollar starting from about $500 thousand, then it can be acceptable. Of course, $500 thousand which is equivalent to N120 million, we can support research to develop our society; for example in Medicine, Engineering, Science, Mathematics, ICT and Artificial Intelligence, Business development, among others.

There are many things wrong in our society that has been infested in warped values. Unless we can improve on our research and productivity, our country will continue to witness the slide into the abyss.

The Covid-19 has exposed the poor state of our health system. Can government alone fund it?

Yes, there were initial attempts at combating and limiting Covid-19, but as exposure rates increased, the incidence also increased. Many of the initial problems were not medical, but sociological. Take for example, how do you lock down a nation with large population with very poor citizens living in choked up environments, without adequate palliatives? The problems that arose simply overwhelmed the medical field. In addition, our medical intervention was sub-normal as the system could not cope. Also, as we do not have indigenous approach to solutions, take for instance, development of test kits, adequate research on treatment especially research into appropriate drugs and vaccine development and generally catering for the large number of infected people appropriately. This would have been an opportunity for government to ramp up medical facilities, but it did not and many voluntary groups had to come in.

Nigeria is faced with brain drain especially medical personnel who are fleeing to UK and US. How do we address this?

This is to be expected if the country cannot recognise and adequately provide for its qualified personnel, not only in Medicine, but also in engineering and science. For medics, the training in Nigeria is fairly standard and acceptable, so when the doctors pass the relevant competency exams in UK and USA, they get jobs. As they say, they are looking for better life and how to improve on the welfare of their families in terms of lifestyle, kids’ education and better standard of living with basic necessities such as light and water which are scarce in our country. In addition, there is job satisfaction when you don’t have to worry about drug supply, diagnostics such as CT scan, MRI which are basic elsewhere. Brain drain also affects other sectors especially academics who see a bleak future in their career if they stay in the country. What has been happening is the loss of our best brain abroad or brain drain. In addition, we are all aware at the ignominious level of corruption that is evident which appalls the sensibilities of hard working individuals who continue to live subsistent lives despite their training and qualification. If what is happening now continues, we will end up with a totally dysfunctional society and when the oil outpour reduces considerably, the matter will be worse.

Some post primary school students in the country will resume classes from Monday despite increased cases of Covid-19; what do you think is the implication?

This is not the right option. The Covid-19 pandemic is not yet over in Nigeria. It only takes a couple of infected students to cause widespread epidemic in the school. The teachers and the elderly will be in danger. We do not have any significant Covid-19 testing rate not to talk of contact tracing and isolation. The major problem is that most schools have a large number of students and there is no way that you can practise ‘Social distancing’, and masking. The advice is that until there is a significant decline in rate of infection it will be unwise to resume schools. Even the advanced nations are reluctant to start schools.

Reports have shown that there is proliferation of universities in the country; in what ways do you think government can checkmate that?

Yes, there is proliferation of universities, but the country for its population is still underserved. Notwithstanding, the major issues are quality and standard. The National Universities Commission (NUC) grants accreditation to set up universities with well-laid out criteria. The question is ‘are these criteria being fulfilled?’ Many of these universities are glorified primary schools that are benefiting from the desire of students to attend a university. Many do not have qualified teachers and rely mostly on part time/adjunct lecturers. The NUC will have to carry out more oversight functions to ensure that such universities fulfil its minimum standards.